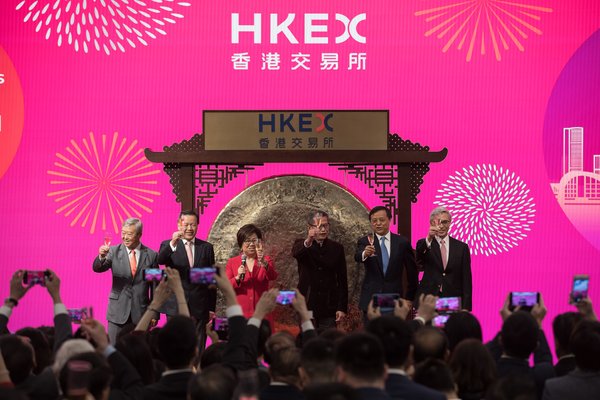 Good Thursday morning. I’m in Washington this afternoon for the DealBook D.C. Summit, where other NYT journalists and I will talk with business and policy leaders about trade, antitrust and more. You can watch my interview with Treasury Secretary Steven Mnuchin at 5 p.m. Eastern .

The creator of OxyContin has tentatively reached a settlement agreement for thousands of opioid cases, Jan Hoffman of the NYT reports.

It would involve Purdue’s filing for bankruptcy protection, in which the company would be dissolved. A new company would be formed to continue selling OxyContin and other medicines, with profits used to pay plaintiffs. Purdue would also donate addiction treatments and overdose-reversal drugs.

“The deal is a landmark moment in the long-running effort to compel Purdue, the company whose signature opioid, OxyContin, is seen as an early driver of the epidemic, and its owners, the Sacklers, to face a reckoning for the deaths of hundreds of thousands of people from overdoses and the calamitous systemic costs,” Ms. Hoffman writes.

But Purdue isn’t in the clear yet. The tentative settlement must still be approved by Purdue’s board and a bankruptcy court judge. And several states have denounced the proposal and vowed to pursue the Sackler fortune.

Prosus, a consumer internet giant that is the single biggest shareholder of China’s Tencent, made its debut on the Euronext exchange in Amsterdam yesterday. Investors couldn’t get enough of it, Michael writes.

Prosus (Latin for “forward”) was spun off from Naspers, the media and tech titan that trades on the Johannesburg stock market. Behind the separation was a desire to draw in more international investors, especially since Naspers was growing too big for the South African exchange.

It’s a global business. Beyond its 31 percent stake in Tencent‚ which alone was worth around $131 billion yesterday — Prosus also has a huge classifieds operation in countries like Brazil, Indonesia and Poland and a payments unit that is in 18 markets. And it is invested in food delivery start-ups around the world.

In some ways, it’s a European counterpart to SoftBank and its $100 billion Vision Fund.

Shareholders appear to believe in its potential. Shares in Prosus soared more than 25 percent yesterday, giving it a market value of nearly $133 billion as of closing time.

Prosus’ challenge is to find more blockbusters. The company believes it can: It earned $1.6 billion from its investment in India’s Flipkart, and its classifieds and payments businesses are growing.

The swashbuckling oil and gas entrepreneur, corporate raider, environmentalist and media darling had long been one of corporate America’s most colorful titans, Jonathan Kandell of the NYT writes. Mr. Pickens was 91.

• “Mr. Pickens made big oil companies quake in the 1980s by threatening to take them over until they bought back his shares at elevated prices,” Mr. Kandell writes “Business foes denounced him as a ‘greenmailer’ whose only interest was to make a quick profit on his stock purchases.”

• “But Mr. Pickens insisted that his real motives were to shake up staid boardrooms and enrich ordinary shareholders — ‘the neglected minority,’ as he called them.”

• “At the apex of his fame and fortune, in the mid-1980s, he appeared on the covers of national magazines, owned vast ranches and crisscrossed the country on corporate jets.”

• In the 2000s, he “headed a nationwide campaign to push for energy self-sufficiency through the exploitation of natural gas, wind power and solar energy with the aim of reducing the United States’ dependence on oil imports from the Middle East.”

Mark Hurd, Oracle’s co-C.E.O., will take a leave of absence for health-related reasons. His responsibilities will be taken up by the company’s founder Larry Ellison and co-C.E.O. Safra Catz.

Jonathan Sorrell, the president of Man Group, will step down from the hedge fund’s board ahead of his impending departure from the company. Man’s chairman, Ian Livingston, is also said to be considering quitting.

• Yahoo Japan has agreed to buy Zozo, a Japanese online fashion company, in a deal that values the business at $3.7 billion. (FT)

• Anheuser-Busch InBev has restarted its plan to list its Asian business in Hong Kong. (FT)

• The teeth-straightening start-up SmileDirectClub priced its I.P.O. at $23 per share, above its expected range, and raised $1.3 billion. (CNBC)

• The retailer Forever 21 is reportedly planning to file for bankruptcy protection as early as Sunday. (WSJ)

• Mexico has given the state oil company Pemex $5 billion to help prepay some of its bonds,a bailout that government officials say is a one-off. (Reuters)

• Mr. Trump called on the Fed’s “boneheads” to cut interest rates below zero. Related: How negative rates would work. (NYT)

• The Pentagon is reportedly drawing up a list of companies with ties to the Chinese military to help protect the supply chains for American weapons. (FT)

• The British government published internal estimates of the consequences of a no-deal Brexit, including potentially severe delays at ports and shortages of food, medicine and fuel. (FT)

• President Trump has delayed increases for some tariffs after China did the same yesterday. (NYT)

• Boeing warned that sales of its Dreamliner airplane could become a casualty of America’s trade war with China. (Bloomberg)

• The White House wants Congress to pass the revised North American trade deal within the next two months, according to Peter Navarro, a top trade adviser. (Politico)

• Uber says that a new California law forcing gig-economy companies to provide workers with protections like benefits and a minimum wage would not apply to its drivers. (NYT)

• Apple’s market value is back above $1 trillion. (CNBC)

• An argument for why Apple should end its annual iPhone showcase events. (NYT Opinion)

• Anduril Industries, the start-up creating a virtual Southern border wall that was created by a founder of Oculus, reportedly raised new money at a $1 billion valuation from firms like Andreessen Horowitz. (CNBC)

• Antitrust officials from the F.T.C. have reportedly begun interviewing merchants on Amazon to determine whether the company is using its size to stifle competition. (Bloomberg)

• Global airline regulators are split on whether to bring Boeing’s 737 Max back into service. (WSJ)

• A former partner at KPMG was sentenced to prison for his role in a the theft of confidential information on firm clients whose audits were going to be reviewed by the nation’s accounting regulator. (WSJ)

• Older Americans are the fastest-growing group of Facebook users. The number of users in that age group nearly doubled between 2012 and 2019. (Quartz)

One further note: The NYT has published its latest retirement special section. Among the topics: how many people are looking to Washington for a retirement lifeline, and what to do once your work life is over.

Thanks for reading! We’ll see you tomorrow.

You can find live updates throughout the day at nytimes.com/dealbook.