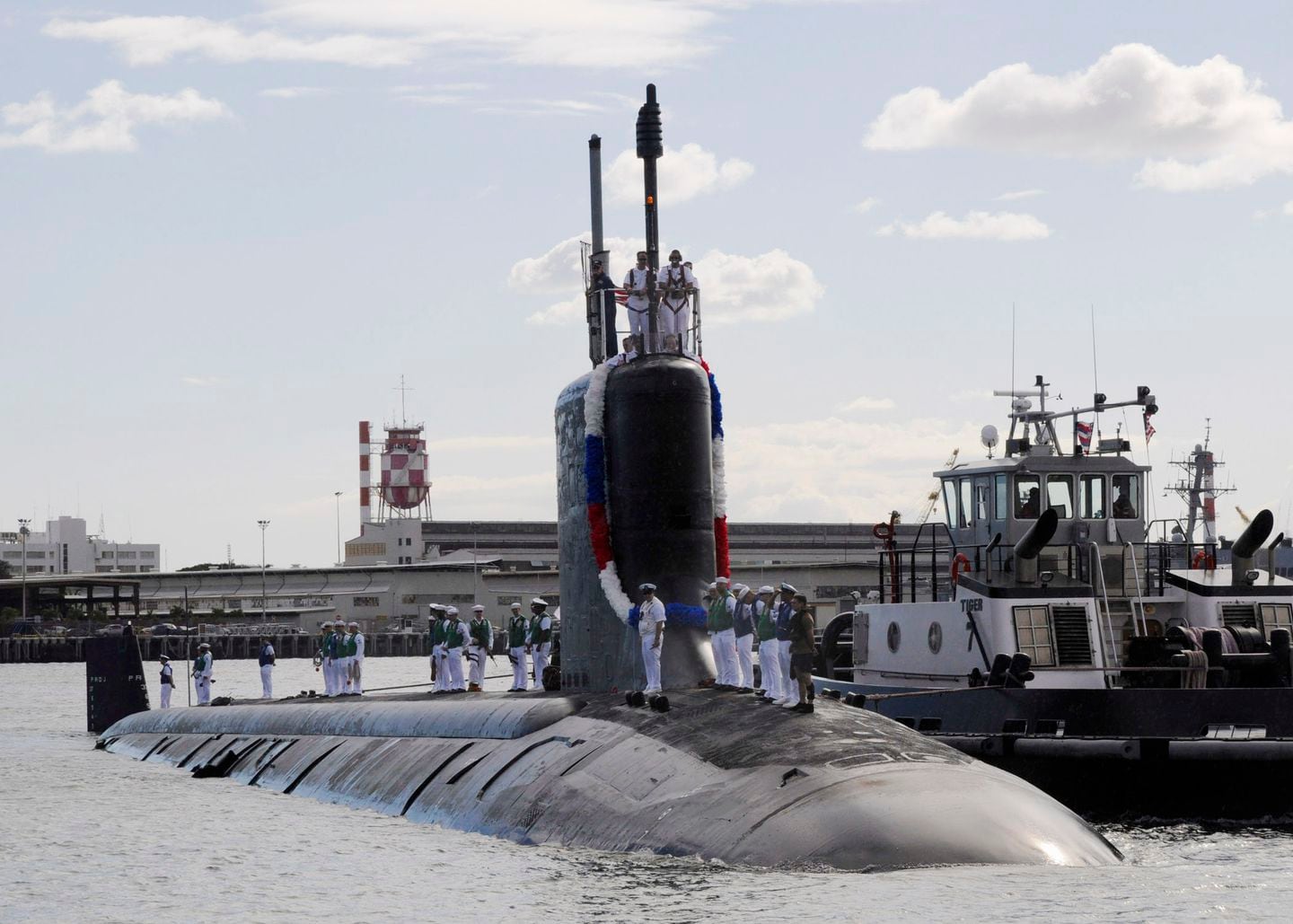 The complaint accuses his former employer of assigning unqualified individuals to install an important hull coating, designed to shield the Navy’s Virginia-class nuclear submarines from sonar, and of falsifying records to cover up their mistakes.

Also last week, in an apparently unrelated incident, a submarine welder at the same company pleaded guilty to falsifying inspection records. That employee was fired in 2016, at which point the matter was reported to authorities. He faces a maximum of five years in prison.

Both cases show the challenges the Navy faces as it works with profit-minded manufacturers to build complicated weaponry. They also illustrate how the best-funded defense industry on the planet can still deliver an imperfect product, sometimes degrading the U.S. military’s readiness for war.

In a letter sent to the company’s shipbuilders recently, Newport News Shipbuilding President Jennifer Boykin admonished employees to conduct their work in an ethical manner, noting that the incidents had called the company’s integrity into question.

“We cannot and will not tolerate a lapse in ethics and integrity at Newport News Shipbuilding. Period,” Boykin wrote.

In his first press statement on the matter, the whistleblower expressed admiration for the company’s shipbuilders, whom he called “true craftsmen” who “want nothing more than to build the finest ships in the world.”

Lawrence added, however, that he thought the company had made it impossible for him to do his job responsibly.

“I could not in good conscience sit back and watch, be a party to, or provide my signature in the course of accepting work that clearly did not meet contractual requirements and standards,” Lawrence told The Washington Post in an email forwarded by his attorneys. “I could not abide allowing materials I believed to be defective to be installed on submarines bearing our company’s good name.”

A spokesman for Huntington Ingalls said the company intends to “vigorously defend” itself, adding that it cooperated fully with an earlier federal investigation. The Justice Department, which declined to comment for this report, decided not to prosecute the case.

Navy spokesman Danny Hernandez declined to comment on the ongoing litigation but emphasized that the hull coating problem “does not present a safety concern to the crew or the submarine.”

On Thursday, a court struck the complaint from the record and asked that a new one be filed by Oct. 15, though the case has not been dismissed. A whistleblower who brings a lawsuit on behalf of the U.S. government under the False Claims Act can be rewarded financially if it is successful.

An attorney representing Lawrence vowed to move forward with the case.

“Ari Lawrence is a young man of great courage,” said Jamie Shoemaker, an attorney representing him. “We intend to represent his interests and those of the United States aggressively.”

The Navy’s Virginia-class “fast attack” submarines are built to quietly patrol unfriendly waters for months at a time, seek out and destroy enemy vessels, or launch cruise missiles against land-based targets. One of them was reportedly used to launch a Tomahawk missile against chemical facilities in Syria last year.

About $2.8 billion each, they are among the most expensive assets in the U.S. military arsenal. The Navy’s five-year shipbuilding plan calls for 11 more of them to be built by 2024. The Navy is behind schedule on negotiations for the next 10 submarines and is asking Congress for a substantial increase in funding.

The ability to operate silently beneath the ocean’s surface has long been a selling point for the Virginia-class program. The exterior hull coating is supposed to absorb the sound waves sent out by enemy sonar detectors, allowing the submarines to operate unnoticed.

But the Navy has faced a recurring problem in which the coating peels off in large chunks during long deployments as the adhesive that binds it to the hull is buffeted by harsh undersea conditions.

“The undersea environment is a really tough place for adhesives and coatings,” said Craig Hooper, a defense consultant who has studied the issue, adding that the Navy “should strive to ensure that best practices are used.”

Submarine experts contacted by The Post said the coating problem would probably not put sailors’ lives at risk under current circumstances, since they are not fighting an active war against a foreign navy.

But there is a concern that the hull coating problem could render the submarines unfit for missions in which stealth is important, possibly degrading the Navy’s readiness for war. The Defense Department under President Trump has de-emphasized fighting terrorism in favor of competing with Russia and China for military dominance, something that has raised the profile of Navy assets such as the Virginia-class submarine.

In his whistleblower complaint, Lawrence and his attorneys argued that the crumbling hull coating has endangered the lives of U.S. sailors.

“The failure of this exterior sound-absorbing material jeopardizes the safety of the submarines, and makes the submarine easier to detect by those who would seek to harm the United States, thereby endangering the crew and national security,” the complaint alleged.

Lawrence’s complaint paints a picture of a manufacturer that ignored Navy requirements in order to keep more of the taxpayer-funded work for itself, and then misled the government to cover up its own shoddy work.

The complaint accuses “certain groups within the Huntington Ingalls organization” of seeking to install an important part relevant to the hull coating themselves rather than contract the work out to another company through a competitive process.

According to the complaint, Lawrence discovered that the departments responsible for applying the coating did not hold the technical certifications required to do so.

Lawrence further alleged that the company ignored objections raised by the shipyard’s quality assurance department and “exerted pressure on employees to improperly certify and accept the work performed.”

According to an attorney representing Lawrence, he was fired in October 2017 shortly after he raised concerns. He later brought the issue to the Justice Department, which investigated his claims. A Huntington Ingalls spokesman did not answer specific questions about whether the company had fired Lawrence or pressured employees to falsify records.

Boykin’s letter to shipbuilders Friday urged the company’s shipbuilders to take responsibility for their actions.

“I am a firm believer that we learn more from our failures than our successes, and mistakes are a natural part of life,” Boykin wrote. “Taking ownership of them is how we learn, grow and change. There is a big difference, however, between unintentionally making a mistake and deliberately choosing to do something that is wrong.”