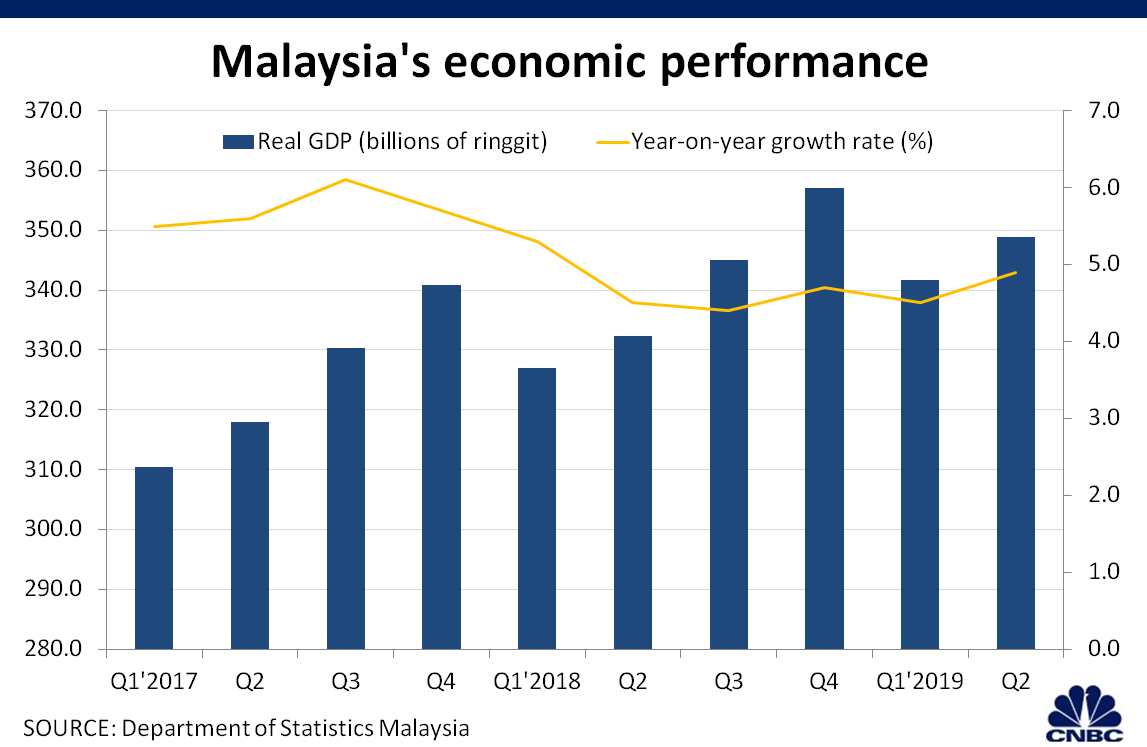 Home » News, Insights & Trends » Business » Malaysia may set aside its belt-tightening plans to save its economy from trade war damage

A man sets up a Malaysian flag outside his shop in Kuala Lumpur.

Malaysia’s government will outline its spending plans for next year on Friday — and analysts said the country may spend more than it had earlier intended to prop up the economy amid a damaging U.S.–China trade war.

The Southeast Asian country had a change in government in last year’s general election — the first since its independence in 1957. The new government, led by Prime Minister Mahathir Mohamad, had set out to rein in a debt pile of over 1 trillion Malaysian ringgit ($238.5 billion) that it said was left behind by the previous administration.

But uncertainties surrounding the trade war between the U.S. and China has dimmed Malaysia’s economic growth outlook. Weaker growth typically lowers government revenue, while increasing the need for greater public spending to cushion an economic slowdown.

So, the Malaysian government may find it challenging to reduce its fiscal deficit — the shortfall in income compared to spending — from around 3.4% of gross domestic product this year to its target of 3% in 2020, Reuters reported, citing Finance Minister Lim Guan Eng.

Economists agreed that Malaysia could set aside that target for now. Several analysts cited a fiscal deficit of 3.1% to 3.2% to GDP as the level that allows the government to spend to boost growth, without abandoning financial discipline in a way that would alarm credit ratings agencies.

“Sticking to a 3% target for 2020 makes little sense as the global and domestic growth outlook has worsened significantly,” analysts from Bank of America Merrill Lynch wrote in a Monday note.

“Despite its resilience so far, Malaysia’s external sector remains exposed to a global downturn,” they said. The analysts added that private consumption, which contributed to 90% of GDP growth over the last six quarters, also looks set to weaken in the coming months.

The Malaysian economy exceeded expectations by growing around 4.7% in the first half this year, but that’s likely to slow down to below 4.5% for the remainder of 2019 and 4% in 2020, according to BofAML.

One area the government should prioritize is making Malaysia more attractive to companies looking to diversify their supply chains as a result of the ongoing U.S.-China trade war, said economists.

The country has seen a jump in approved foreign direct investments as the trade war prompted manufacturers to reconfigure their supply chains, according to official data. But Malaysia’s current ability to attract more of those diversions may be limited, economists from Citi Research wrote in a report last month.

They estimated that if tariffs were raised on all goods that flow between the U.S. and China, Malaysia’s growth could add 0.14 percentage points given current capacity constraints, instead of 0.5 percentage points if there were no limitations.

“This points to greater urgency in adding new capacity, especially in machinery & electronics,” said the economists.

Investments made by local firms have been falling for years — which dampened corporate earnings and hindered economic growth, noted analysts from Malaysian bank Maybank. The country has taken several steps to spur investments domestically, including accelerating its approval process and improving access of small- and medium-sized enterprises to government financing, they added.

But more could be done. The analysts said in a report last week they expect the government to announce investment incentives for industries that could deliver long-term economic growth — such as electronics, chemicals, and machinery and engineering — as well as to encourage greater adoption of new technology among SMEs.

Over the past year, many foreign investors have stayed away from buying Malaysian stocks, with some questioning the government’s ability to manage its finances. That contributed to Malaysian stocks being some of the worst-performing in Asia this year. 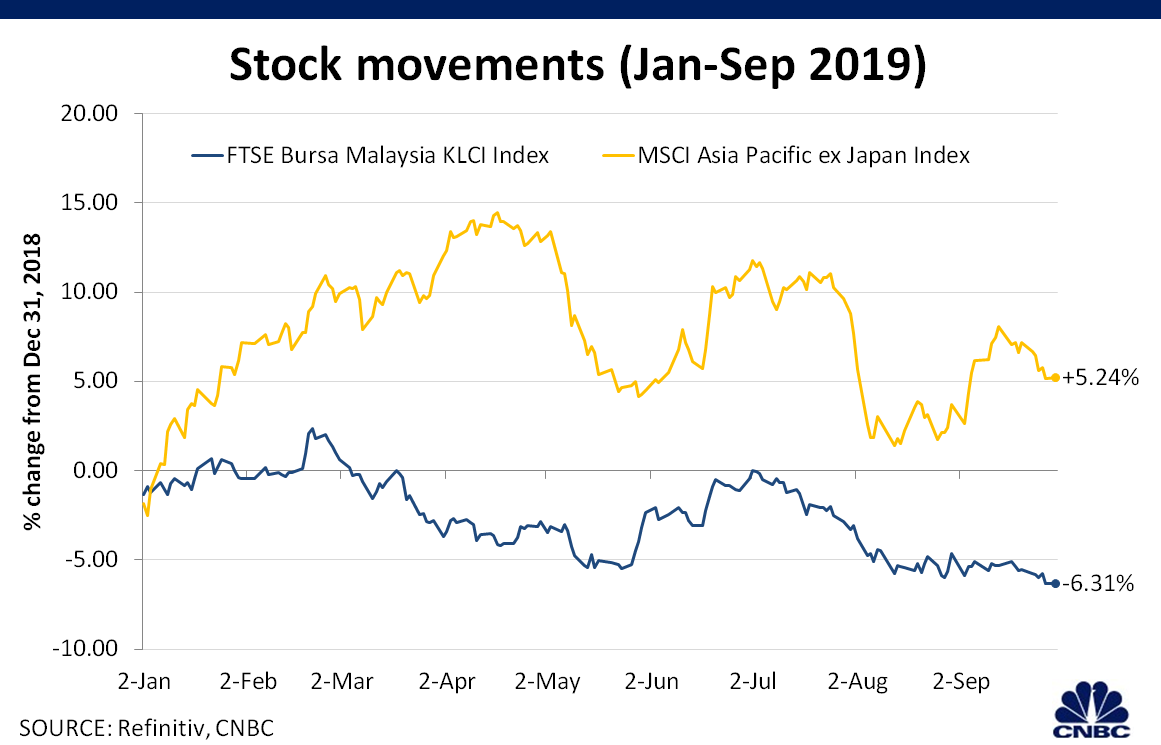 The Mahathir government abolished the Goods and Services Tax implemented by former Prime Minister Najib Razak, which it blamed for the country’s higher living costs. But many economists and investors saw that as a populist move that has since left a gap in government finances.

Lim, the finance minister, has suggested that the government is unlikely to introduce new taxes, according to media reports. That means “increasing collections on existing taxes will be the priority,” Citi analysts said.

“Changes to existing tax structure to raise revenues are also possible in our view,” they added. That could include raising tax rates for higher income brackets and revising tax reliefs to better target low- and middle-income households.