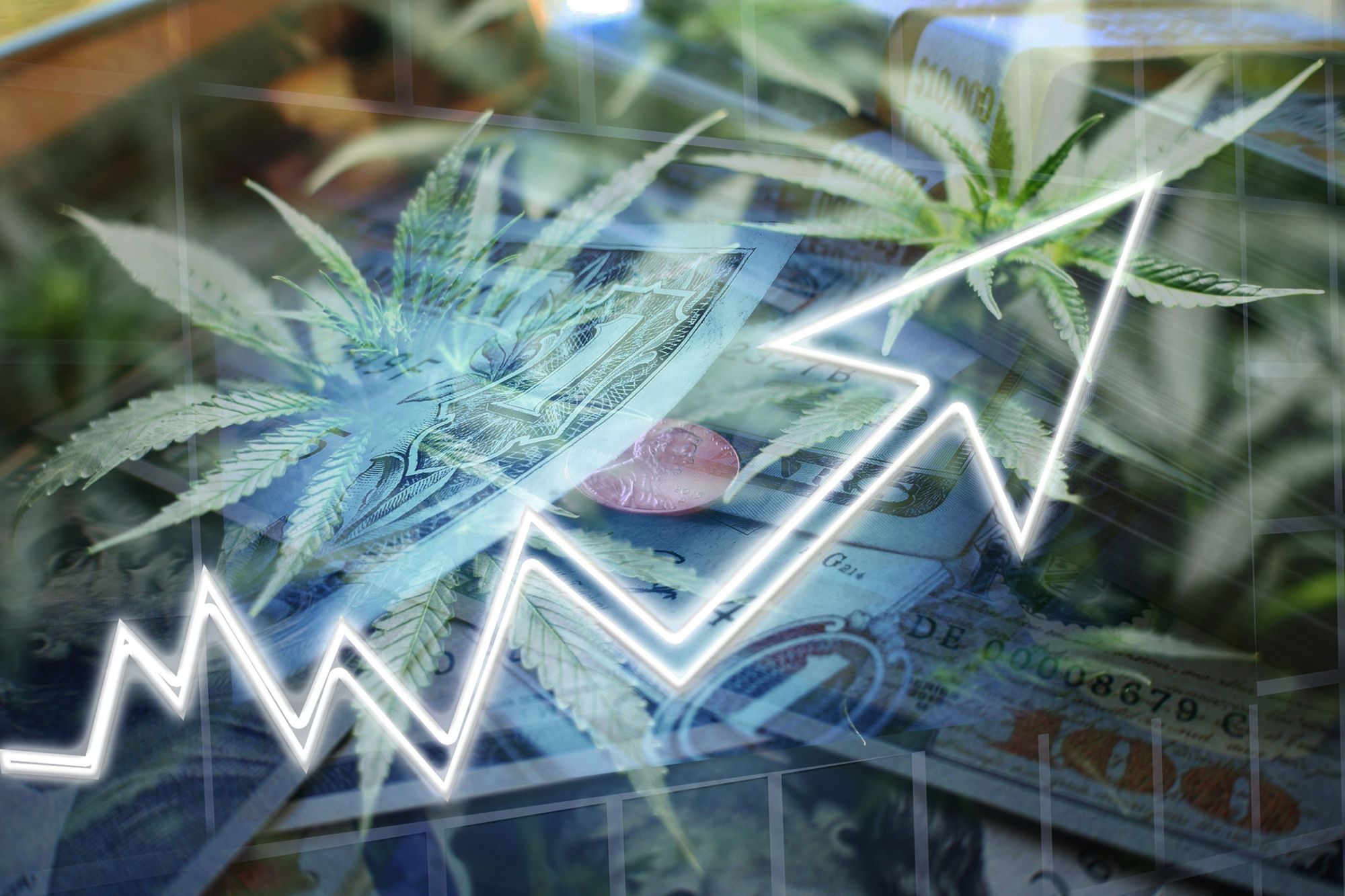 The U.S. cannabis market is projected to hit $30 billion in annual cannabis sales by 2025, according to a new report from an industry expert.

The “U.S. Cannabis Report 2019 Industry Outlook” from New Frontier Data in Washington, D.C., also reports that more than 38 million American adults consume cannabis at least once per year. That includes both marijuana purchased legally as well as on the black market.

The report estimates a compound annual growth rate in legal marijuana sales of 14 percent between now and 2025.

And These Are Conservative Estimates

In a press release on the new report, New Frontier Data CEO Founder and CEO Giadha Aguirre de Carcer said the $30 billion estimate has been arrived at using conservative figures. He noted that strong foreign investment and a steady increase in domestic consumption contributed to New Frontier Data raising its forecast to $30 billion.

Aguirre de Carcer also noted that expansion in the domestic market has happened as more states legalize marijuana. Michigan voters legalized adult-use marijuana in the fall of 2018. Illinois lawmakers did the same in 2019.

However, he also warned of potential issues, saying that “it is critical for stakeholders to understand how regulatory uncertainty, lack of accepted standards, and international market pressures may have a material and lasting economic impact in the currently flourishing U.S. cannabis market,” Aguirre de Carcer said.

So Who Is Using Marijuana And Why?

In addition to the more than 38 million American adults consuming cannabis at least once a year, the report also found that 36 percent of marijuana users report using cannabis daily, with 59 percent saying they use it once a week.

The entire report can be downloaded from New Frontier Data here.

New Frontier Data also released a report on the hemp industry. With Congress making hemp legal in 2018, which has led to a flood of hemp-derived CBD products hitting the market in 2019, the industry as a whole has flourished, with many athletes, celebrities and numerous brands jumping into the market.

Given the trend, it’s no surprise that the popularity has impacted the amount of land used for growing hemp. New Frontier Data reported that almost half a million acres are now devoted to growing hemp, compared to just 100,000 acres in 2018.

The report also found that Colorado leads the nation in hemp cultivation, with more than 80,000 acres of processing land area. The report found that Oregon, Kentucky, Tennessee and Montana are ahead of other states when it comes to hemp program expansion.

That said, California is set to become the top hemp-producing state as “thousands of acres have already been planted this year,” the report stated.

To stay up to date on the latest marijuana-related news make sure to like dispensaries.com on Facebook