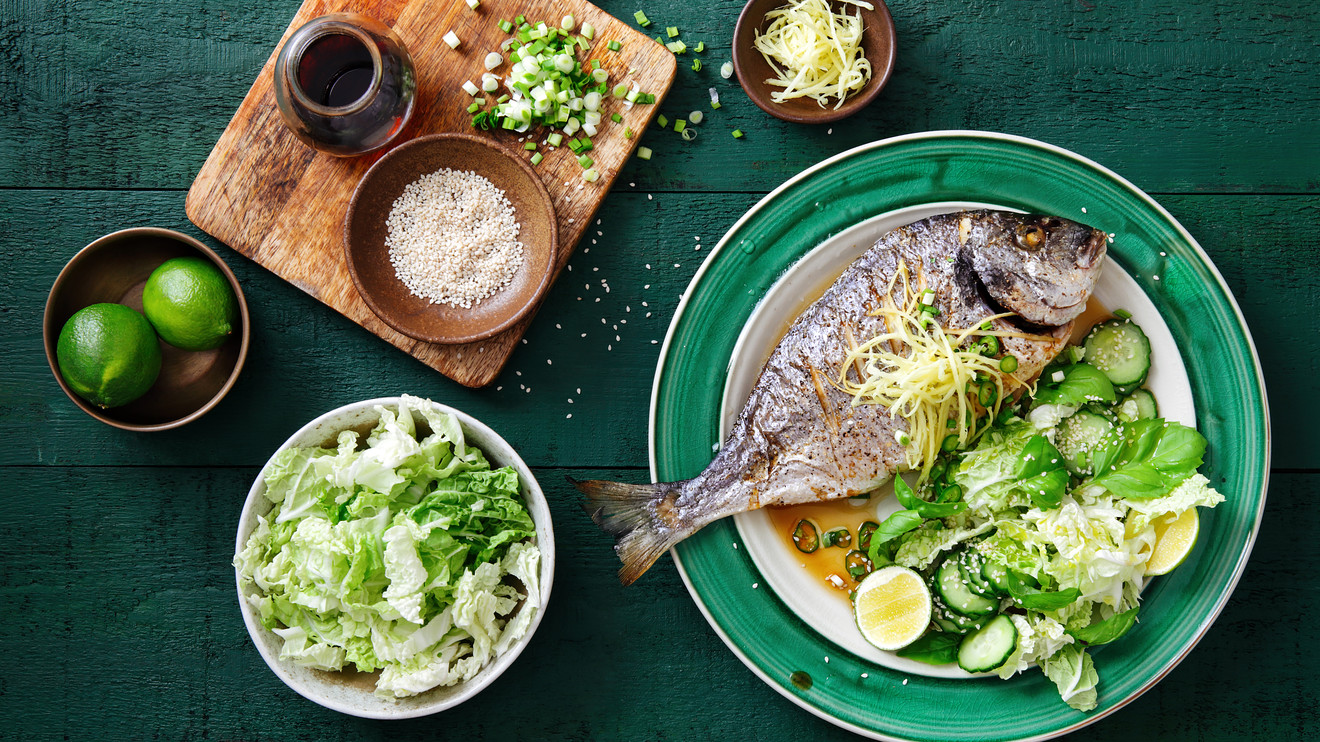 Stop feeding into your depression.

Many of us turn to comfort foods when we are feeling down, which are generally defined as those dishes and snacks that are easy to make (or order out — thanks, GrubHub

and Postmates — or open from a package) that are filled with nostalgic or sentimental value. (They’re also often loaded with sugar, salt, fat and/or refined carbs.)

But new research shows that we’re doing comfort food all wrong. In fact, cutting out processed foods and adding in more fruits, vegetables and fish doesn’t just make you healthier — it may also make you happier.

A small, randomized trial published in PLOS One this week (just in time for World Mental Health Day) looked at 76 adults ages 17 to 35, who all scored “moderate to high” on a scale of depression symptoms used by doctors, and who also consumed diets that were high in processed foods, saturated fats and refined carbohydrates.

The subjects were split into two groups. One was encouraged to eat healthier by receiving money for grocery shopping, a small hamper of pantry items, as well as tips to eating healthier, whole foods. Researchers checked in on them twice a week for three weeks to see how their diets were going. The control group, on the other hand, didn’t receive any food, money or nutritional guidance.

And at the end of three weeks, those on the diet who ate more fruits, vegetables and fish — aka a Mediterranean-style diet — saw their moods significantly improve, and their “moderate to high” depression scores dropped within a normal range. Those in the control group who had stuck to their less healthy diets didn’t see change to their moods or scores. Three months later, the subjects who continued with the healthy eating habits continued to have elevated moods and more improved life outlooks.

Now, this was a very small trial, and more randomized control trials are needed to establish whether there really is a cause-effect relationship between diets and depression. The control group in this case did nothing, for instance. Future research should compare the outcomes of people who eat healthy with those trying a different intervention, such as social support, to show how effective a new diet would be in comparison.

And no one is saying that simply eating more vegetables can take the place of therapy and medication in treating depression and other mental health conditions.

But as study co-author Heather Francis, a nutritional neuroscience researcher from Macquarie University in Sydney, told Live Science, “These findings add to a growing literature to suggest that healthy diet can be recommended as an effective therapy to improve depression symptoms, as an adjunct to pharmacological and psychological therapy.”

One in five U.S. adults experience mental illness each year, according to the National Alliance on Mental Illness, and one in six U.S. youth ages six to 17 also have a mental health disorder. It’s estimated that serious mental illness causes $193.2 billion in lost earnings in the U.S. alone each year, and costs the global economy $1 trillion annually, NAMI reports.

Previous studies have also suggested that changes to diet — and following a Mediterranean diet, in particular — could improve symptoms of depression and anxiety.

Related: Your no B.S. guide to losing weight in the New Year

A 2018 meta-analysis of more than 1.5 million healthy adults found that those who most closely followed a Mediterranean diet had a 33% lower risk of developing depression over eight to 12 years compared with those whose diets were the most opposite. What’s more, a 2018 study published in the World Journal of Psychiatry came up with an Antidepressant Food Scale. And topping its list of the 12 best foods loaded with nutrients that influence depression were bivalves (clams and mussels) and seafood packed with vitamin B12, iron, zinc, copper, calcium and omega-3 fatty acids, as well as leafy greens, lettuces, peppers and cruciferous vegetables (cauliflower and broccoli) also packed with iron and vitamins.

On the flip side, those familiar sweet or salty comfort foods that provide a pick-me-up in the moment can end up making you feel worse. Foods that spike your blood sugar (like sweets, white breads and processed starches like pasta and french fries) often lead to a “crash” later on — like feeling shaky, lethargic, irritable or anxious in the afternoon.

Related: This is the right way to eat carbs

In fact, a systematic review of 12 studies that looked at diet and mental health in children and adolescents found that eating more saturated fat, refined carbs and processed foods led to worse mental health.