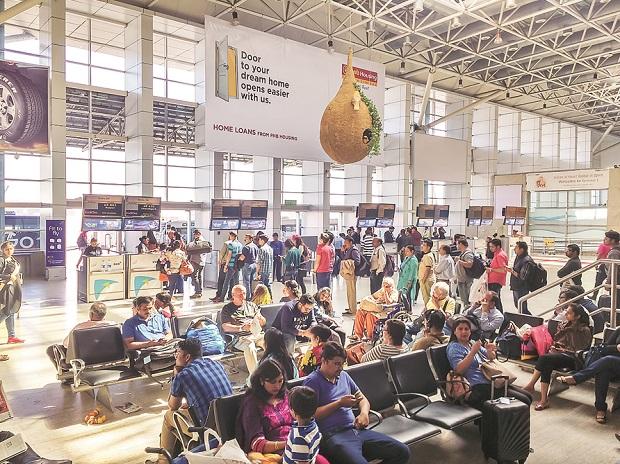 India and Saudi Arabia have revised their air services agreement, enabling an increase in flights between the two countries.

The weekly seat quota for the carriers of the two countries has been increased from 28,000 to 50,000 as part of the MoU signed in Riyadh on October 29. The increase in seats will take place in a phased manner.

According to the civil aviation ministry, the seat quota will rise to 36,000 in the first instance and then to 44,000 and 50,000 in the next two phases after certain conditions are met.

Indian carriers will continue to get unlimited access at Dammam airport, in the capital of Saudi Arabia’s Eastern Province.

While India has turned down demands from West Asian states including Qatar and the UAE for an increase in seats — last month the government had declined the UAE’s proposal for more flights — it made an exception for Saudi Arabia. As India-Saudi relations are on an upswing with co-operation in various areas, Indian carriers did not oppose the proposal to hike the quota. This is because of limited traffic through Saudi Arabia, with most of the passenger flow being point to point. This is unlike airports like Abu Dhabi, Dubai, Doha, or Muscat, which serve as hubs for Indians travelling to Africa, Europe, and the US.

The increase in seat entitlement will also help airlines from both the countries to grow their traffic and improve loads. Currently around 30 per cent of passenger traffic between India and Saudi Arabia is through other Gulf hubs.

Among the Indian carriers, Air India, Air India Express, IndiGo, and SpiceJet operate flights to Saudi Arabia while Saudi Arabian Airlines and Flynas are the two carriers operating in India. Flynas added the Riyadh-Lucknow, Dammam-Lucknow, and Riyadh-Kozhikode routes last month. Around 5 million passengers flew between the two countries last year and the market hasn’t not grown because of the closure of Jet Airways.

According to sources, Indian and Saudi carriers are utilising over 80 per cent of the current entitlement of 28,000 seats. SpiceJet will launch flights between Delhi and Riyadh in winter, with both SpiceJet and IndiGo planning to add services to Dammam.

“Currently traffic between India and Saudi Arabia is dominated by labourers and pilgrims. However, we expect tourists and business travellers to increase as Saudi Arabia is making large investments in infrastructure, developing sectors other than oil and encouraging tourism,” said Balu Ramachandran, senior vice- president, Cleartrip.com.

The seat quota between the two countries was revised from 20,000 to 28,000 in December 2016. However, the revised limit came into effect earlier this year after Indian carriers had utilised 80 per cent of the existing quota.

India’s civil aviation policy puts riders on increasing seat quotas with countries within 5,000 kilometres. The seat quota with other countries can be upgraded only when Indian carriers utilise 80 per cent of their entitlement.