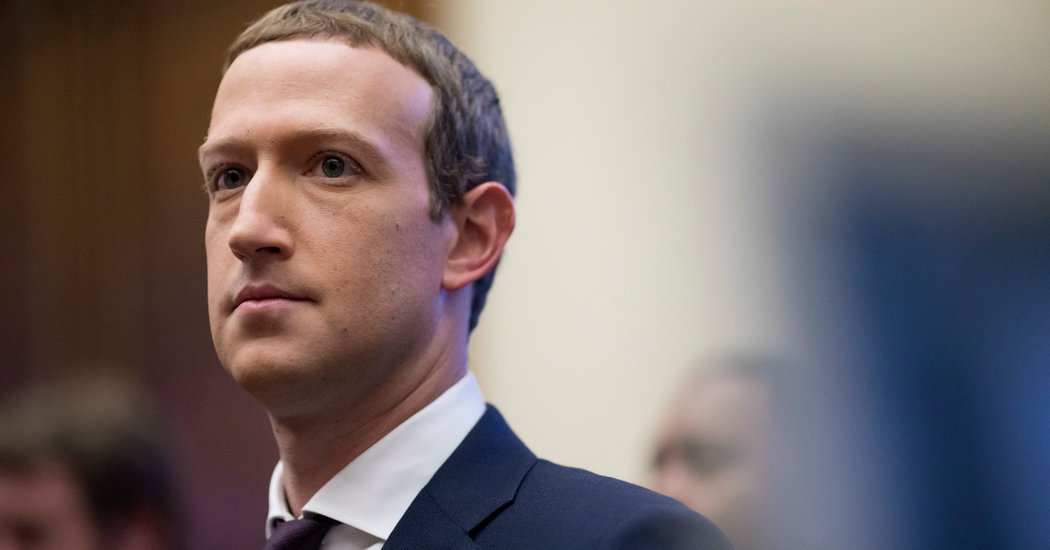 WASHINGTON — California’s attorney general on Wednesday said he was investigating Facebook’s privacy practices and accused the company of failing to cooperate with his inquiry, in the social network’s latest fight over how it treats user information.

In a lawsuit filed by the attorney general, Xavier Becerra, the state said that over an 18-month period, Facebook had resisted or ignored dozens of questions and requests for documents, including email correspondence between executives like Mark Zuckerberg and Sheryl Sandberg, the company’s top two leaders. Mr. Becerra filed the lawsuit in the California Superior Court to obtain the communications.

The lawsuit was the first confirmation of an investigation by California into Facebook’s privacy practices.

“Today we make this information public because we have no choice,” said Mr. Becerra, who, unlike almost every other state attorney general, had been quiet about whether he was looking into any of the country’s biggest tech companies.

Facebook argued that it had cooperated with California’s investigation.

“To date we have provided thousands of pages of written responses and hundreds of thousands of documents,” Will Castleberry, Facebook’s vice president for state and local policy, said in a statement.

The California inquiry adds to the intense scrutiny of Facebook’s business in recent years, much of it set off by reports in The New York Times in March 2018 that the political consulting firm Cambridge Analytica had harvested troves of Facebook data to compile voter profiles. The company has faced questions about whether its ad-targeting business model impinges on user privacy, how its platform was used to spread misinformation during the 2016 presidential election and how it may have acquired start-ups to eliminate potentially formidable competitors.

In July, Facebook reached a $5 billion settlement with the Federal Trade Commission over its sharing of data with Cambridge Analytica and other privacy abuses. The attorney general of the District of Columbia has also sued Facebook, accusing it of privacy violations.

The company was also ensnared in a fight with the Massachusetts attorney general, who was investigating Facebook’s privacy practices, over whether to make internal documents public. In September, a judge unsealed many records, which showed that Facebook had suspended tens of thousands of apps for improperly sucking up users’ data.

The Massachusetts attorney general is pressing Facebook to release more information, including the names of the tens of thousands of apps flagged during Facebook’s internal investigation into data sharing practices, as well as the names of the developers who built those apps. In an October filing, lawyers for Facebook argued that the request was too broad and violated the company’s right to communicate privately with its lawyers. A district judge is set to hear arguments in that case on Thursday.

Other court fights have revealed some of the company’s inner workings. In 2017, Mr. Zuckerberg testified in an intellectual property trial involving Oculus, a virtual reality company Facebook had acquired, and spoke openly about Facebook’s approach to acquisitions. Documents related to another lawsuit filed by a software developer have leaked in recent years, providing an inside look at how Facebook treated third-party applications. New documents related to the case were published Wednesday by news outlets including NBC News.

Mr. Becerra said that the company had dragged its feet with responses to a first set of inquiries, and that the company later refused to supply documents and answers to many other questions as the investigation progressed. The state had requested emails and other communications involving Mr. Zuckerberg, the company’s chief executive, and Ms. Sandberg, its chief operating officer, about the company’s privacy practices. The company rejected requests to search the executives’ emails, according to the court filing.

“Thus, Facebook is not just continuing to drag its feet in response to the attorney general’s investigation, it is failing to comply with lawfully issued subpoenas and interrogatories,” the lawsuit said.

California has taken a lead role in policing large tech companies like Facebook — many of which are based in the state. The state’s new privacy law will go into effect next year, making Mr. Becerra one of the top privacy enforcers in the United States given the absence of a comprehensive federal privacy law. His office proposed draft rules last month to advance the data rights that consumers receive under the law, the California Consumer Privacy Act.

Mr. Becerra, who became the attorney general in 2017 after a long tenure in Congress, has been publicly critical about the country’s biggest tech companies. But he has not publicly joined the dozens of other state attorneys general investigating the market power of Facebook and tech giants. The New York attorney general, Letitia James, a Democrat, is leading a multistate antitrust inquiry into Facebook, while Texas helms an investigation into Google.

When asked about the antitrust questions around the companies, Mr. Becerra has said he was simply following his longstanding practice of not commenting on potential or pending investigations.

“No one except California and the A.G.’s office knows what, if anything, we’re doing with regard to either of those two or any other company in the internet space,” he said last week.

His repeated deflections on the subject of the antitrust investigations have drawn concern from some of big tech’s critics. A group of advocates asked to speak with Mr. Becerra last month about Google; his office offered a phone call with some of his senior staff members.

Sarah Miller, the deputy director of the Open Markets Institute, one of the groups that asked to speak with Mr. Becerra, expressed hopefulness that Mr. Becerra would join the antitrust investigations into the tech companies.

“It’s welcome news that the attorney general is investigating Facebook’s gross abuses of privacy,” Ms. Miller said. “But it’s also important to understand that they are able to abuse users’ privacy so egregiously because of their monopoly power.”