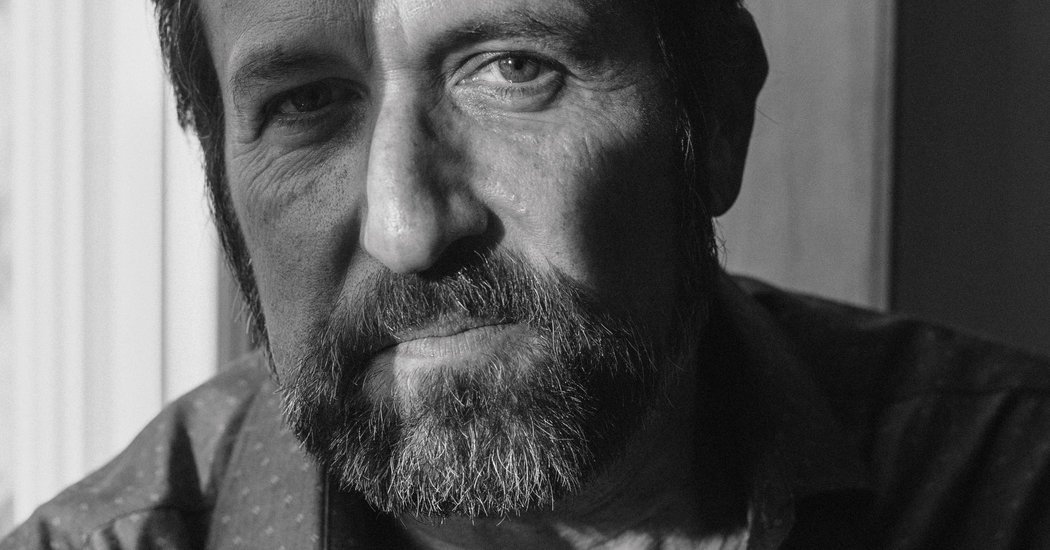 SAN FRANCISCO — At first glance, the websites Conservative Edition News and Liberal Edition News have only one thing in common: Both have been carefully curated to inflame America’s culture wars.

Conservative Edition News is a repository of stories guaranteed to infuriate the American right. Its recent headlines include “Austin sex-ed curriculum teaches kids how to obtain an abortion” and “HuffPost writer considers Christianity ‘dangerous.’”

On Liberal Edition News, readers are fed a steady diet of content guaranteed to drive liberal voters further left or to wring a visceral response from moderates. One recent story singled out an Italian youth soccer coach who called Greta Thunberg, the teenage climate activist, a “whore.”

The sites are the work of Ken LaCorte, the former Fox News executive who was accused of killing a story about President Trump’s affair with Stormy Daniels, the pornographic film actress, before the 2016 election.

Their content is written by a network of young Macedonians in Veles, a sleepy riverside town that was home to a collection of writers who churned out disinformation during the 2016 presidential election in the United States. Among Mr. LaCorte’s network was one writer who helped peddle a conspiracy theory that Hillary Clinton had ties to a pedophile ring.

Until now, it was unclear who was behind the sites. But an investigation by The New York Times and researchers at Nisos, a security firm in Virginia, found that they are among several sites owned by Mr. LaCorte that push inflammatory items — stories, petitions and the occasional conspiracy theory — to the American public.

While big tech companies like Google and Twitter are trying to distance themselves from divisive politics by restricting or banning political ads, Mr. LaCorte’s websites are a reminder that there is a cottage industry of small sites happy to stoke passions on both sides of the political aisle and cash in on that anger.

Conservative Edition News and Liberal Edition News forgo bylines. The only hint of their maker is in fine print at the bottom of each page: “By Bivona Digital Inc.,” a corporation whose only known address is a drop box typically reserved for transient sailors off the San Francisco Bay in Sausalito, Calif.

Mr. LaCorte acknowledged in an interview this week that he operated the hyperpartisan sites with help from young Macedonians and American editors. He uses them, he said, to drive Facebook traffic to his flagship venture, LaCorte News, a “centrist-right” website that he brands as a “digital news start-up with the stated goal of restoring faith in the media.”

“I wanted to try to find middle ground,” Mr. LaCorte said. “Unfortunately, the things that work best right now are hyperactive politics. On one hand, that’s at odds with what I want to do. But you can be more successful by playing the edgy clickbait game.”

He added: “Where does that line turn from good business to ‘Eh, that’s sleazy’?”

Exploiting American cultural and political fissures to drive traffic to his websites has worked wonders. At last count, Mr. LaCorte had more than three million followers on the social network and 30 million unique visitors to his sites. Even he couldn’t believe his success.

“One day I woke up and more than 1 percent of Americans were following my sites,” he said.

Intentionally or not, the sites are mimicking Kremlin interference in 2016, when Russian operatives used fictitious personas to inflame American discord over Benghazi, border security, gun control and Black Lives Matter.

American officials have warned that Russia is laying groundwork for interference in 2020. In a rare joint statement this month, officials at the Department of Homeland Security, the F.B.I., the National Security Agency and other agencies warned that Russia, China, Iran and other nations would seek to interfere in the 2020 election through social media, disinformation and cyberattacks. The announcement was intended to assure Americans that the government was prepared.

What is less clear is how officials plan to address the growing and increasingly profitable marketplace for politically divisive content that is being operated by Americans. In this case, with help from Macedonia.

The spreading of politically divisive content or even blatant disinformation and conspiracy theories by Americans is protected free speech. Security experts said the adoption of Russian tactics by profit-motivated Americans had made it much harder to track disinformation.

“It’s this blending we’re most worried about,” said Cindy Otis, Nisos’ director of analysis and threat investigations. “It makes it much harder to determine motivation and even the actor.”

She added, “This slow-and-steady mainstreaming of disinformation-like tactics is normalizing things we would otherwise identify as inauthentic behavior.”

Mr. LaCorte had steered clear of promoting his role in the sites. His employees were careful to omit any mention of their involvement on their LinkedIn profiles. But The Times and Nisos traced their involvement through historical internet records, state business records, web server addresses, the WordPress publishing platform, and Facebook and Google Analytics accounts.

Mr. La Corte, an acolyte of Roger E. Ailes, the former Fox News chairman, served two decades at Fox before being pushed out in November 2016 as part of what he called a post-Ailes “corporate purge.”

He soon began devising his own venture, LaCorte News, “center to right leaning, but nothing like the hard-core political sites you see around,” he said in a Facebook post.

With a $1 million investment — including $250,000 of his own money and more from friends and family — he hired executives like John Moody, who left Fox after posting a racially inflammatory column, and brought on advisers, including Michael Oreskes, a former New York Times editor who was later ousted from an executive position at NPR amid sexual harassment allegations.

“Mr. LaCorte asked me for advice on launching a nonpartisan news site,” Mr. Oreskes said. “I gave it, just as I would give advice on this important goal to anyone else who asked, including The New York Times.”

Mr. Moody did not respond to requests for comment.

Almost immediately, Mr. LaCorte noted that there was little audience for his centrist news start-up on Facebook. “Facebook has created an onboarding system where I could not just go out and do standard news and have that be a successful strategy,” he said.

He set up several Facebook pages on science, history and humor, anticipating that they would eventually direct traffic back to LaCorte News. The pages accumulated nearly 300,000 followers, but the traffic rarely crossed over from Facebook to Mr. LaCorte’s websites.

In time, he reached a conclusion similar to one reached by the young Macedonians in 2016. They discovered they could make tenfold their country’s average monthly salary using Google AdSense’s pay-per-click ads next to inflammatory stories aimed at pro-Trump American audiences.

In the final weeks of the presidential campaign, Buzzfeed found more than 100 Macedonian pro-Trump websites that pumped out false and inflammatory stories.

Mr. LaCorte said he hadn’t followed Macedonia’s fake-news industry until early 2017, but came to admire its ads and traffic. He reached out to a 19-year-old Macedonian on Facebook and put a handful of his friends on monthly wages to do what he called “journalism lite” — hot takes on sensationalist stories from The Daily Caller and other right-leaning sites.

Mr. LaCorte said his sites weren’t making things up. “It’s not like I went to Macedonians ‘R’ Us,” he said. “Every story went through a U.S. editor. It’s not like we were doing ‘Hillary Clinton’s Cronies Did This.’ It was fair news. It was real.”

Looking back, Mr. LaCorte said of the 15 stories that his various sites put out each day over the past two years, “I would only be embarrassed by four.”

Facebook shut down Mr. LaCorte’s pages and even employees’ personal accounts last week after researchers at Nisos and The Times asked about his business. The move, which Mr. LaCorte denounced as conservative censorship, killed off roughly 90 percent of his income.

A Facebook spokeswoman said the action had nothing to do with content. After learning of the pages, she said, Facebook concluded that Mr. LaCorte had violated its terms of service by buying and exchanging so-called site privileges, and that accounts in his network had engaged with well-known Macedonian “troll farms.”

While Mr. LaCorte waits to see if Facebook will turn the spigot back on, he is moving more content to YouTube and creating an anti-censorship Reddit-like “Free Speech Zone.”

That content will also have Macedonian help. “I wish I could have an office full of locals,” Mr. LaCorte said. “But there’s no chance I could stay alive and pay Bay Area salaries as a start-up.”

Recently, the Macedonian government began investing in media literacy, in an effort to extinguish its “fake news” reputation.

“I chuckled when I saw that,” Ms. Otis said. “It hasn’t gone away. What’s happening is they’re professionalizing into communication services that sound a lot more legitimate than teenagers just trying to make a buck. And now, Americans are hiring them.”