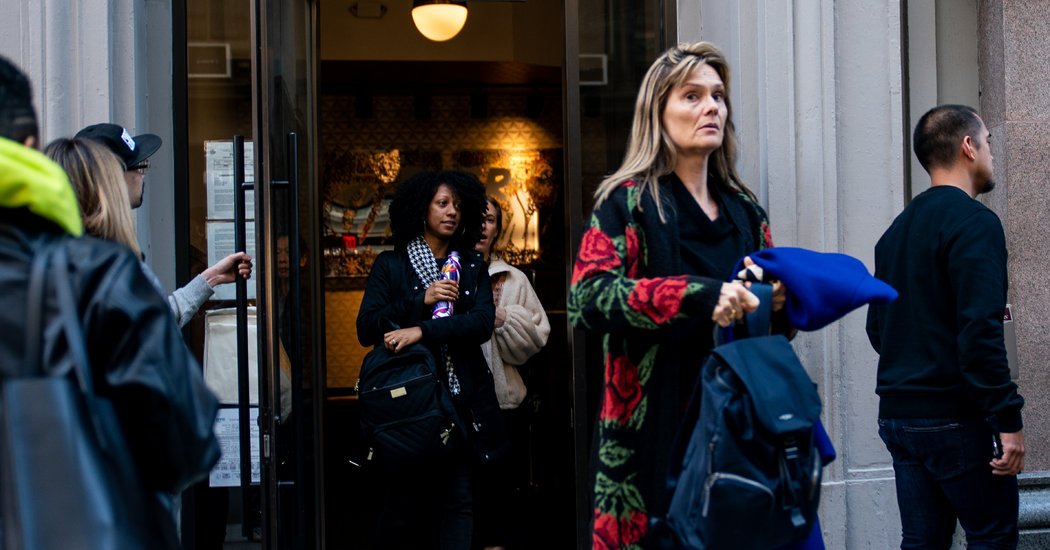 WeWork said on Thursday that it was laying off 2,400 employees around the world, weeks after huge losses at the co-working company brought it close to financial collapse.

The layoffs are equivalent to nearly 20 percent of the 12,500 employees WeWork said it had at the end of June. The company is also expected to shed another 1,000 employees as it closes or sells divisions that are not part of its core business of subletting office space. Additionally, roughly 1,000 building maintenance employees will be transferred to outside contractors.

In a statement, a WeWork representative said, “The company is making necessary layoffs to create a more efficient organization.”

Under its former chief executive and co-founder, Adam Neumann, WeWork went on a frantic expansion that saddled the company with large losses. The company lost $1.25 billion in the three months that ended in September, more than twice as much as the company had lost in the same period a year earlier. Concern about WeWork’s finances and its unusual corporate governance forced the company to withdraw its initial public offering in September.

The pullback at WeWork is being overseen by Marcelo Claure, a senior executive at SoftBank, the Japanese conglomerate that is WeWork’s largest shareholder. SoftBank is now attempting a financial rescue of the company. It has invested $1.5 billion of new money in WeWork, but it is unclear how the rest of the bailout plan, which includes selling over $3 billion of new WeWork bonds to investors, is progressing.

WeWork’s main business is leasing office space, fixing it up and then subletting the space to individuals and companies. Under Mr. Neumann, who stepped down from the chief executive post in September, WeWork also piled into other activities, including a private school in Manhattan and a rental housing business, WeLive.

Many WeWork employees held equity in the company and were hoping that the I.P.O. would deliver a big financial reward for the long hours they spent trying to turn the company into a new type of real estate giant. Employees expressed anger in a letter to management after learning that Mr. Neumann had received an exit package worth roughly $1 billion.

Starting next month, cleaning and facilities jobs at WeWork will be outsourced to JLL, a real estate services company, or one of its partners. WeWork told employees that every member of its cleaning and facilities teams would keep his or her job and receive similar pay and benefits. But those who don’t transfer will lose their jobs and won’t receive severance, according to a document provided to employees that was reviewed by The New York Times.

In its statement, WeWork said the laid-off employees would receive severance and benefits. “These are incredibly talented professionals, and we are grateful for the important roles they have played in building WeWork over the last decade,” the statement said.