Home » News, Insights & Trends » Clever Company » Ghost wants to retrofit your car so it can drive itself on highways by 2020

A new autonomous vehicle company is on the streets — and unbeknownst to most, has been since 2017. Unlike the majority in this burgeoning industry, this new entrant isn’t trying to launch a robotaxi service or sell a self-driving system to suppliers and automakers. It’s not aiming for autonomous delivery, either.

Ghost Locomotion, which emerged Thursday from stealth with $63.7 million in investment from Keith Rabois at Founders Fund, Vinod Khosla at Khosla Ventures and Mike Speiser at Sutter Hill Ventures, is targeting your vehicle.

Ghost is developing a kit that will allow privately owned passenger vehicles to drive autonomously on highways. And the company says it will deliver in 2020.

This kit isn’t going to give a vehicle a superior advanced driving assistance system. The kit will let human drivers hand control of their vehicle over to a computer, allowing them to do other activities such as look at their phone or even doze off.

The idea might sound similar to what Comma.ai is working on, Tesla hopes to achieve or even the early business model of Cruise. Ghost CEO and co-founder John Hayes says what they’re doing is different.

The biggest players in the industry — companies like Waymo, Cruise, Zoox and Argo AI — are trying to solve a really hard problem, which is driving in urban areas, Hayes told TechCrunch in a recent interview.

“It didn’t seem like anyone was actually trying to solve driving on the highways,” said Hayes, who previously founded Pure Storage in 2009. “At the time, we were told that this is so easy that surely the automakers will solve this any day now. And that really hasn’t happened.”

Hayes noted that automakers have continued to make progress in advanced driver assistance systems. The more advanced versions of these systems provide what the SAE describes as Level 2 automation, which means two primary control functions are automated. Tesla’s Autopilot system is a good example of this; when engaged, it automatically steers and has traffic-aware cruise control, which maintains the car’s speed in relation to surrounding traffic. But like all Level 2 systems, the driver is still in the loop.

Ghost wants to take the human out of the loop when they’re driving on highways.

“We’re taking, in some ways, a classic startup attitude to this, which is ‘what is the simplest product that we can perfect, that will put self driving in the hands of ordinary consumers?’ ” Hayes said. “And so we take people’s existing cars and we make them self-driving cars.”

Ghost is tackling that challenge with software and hardware.

The kit involves hardware like sensors and a computer that is installed in the trunk and connected to the controller area network (CAN) of the vehicle. The CAN bus is essentially the nervous system of the car and allows various parts to communicate with each other. 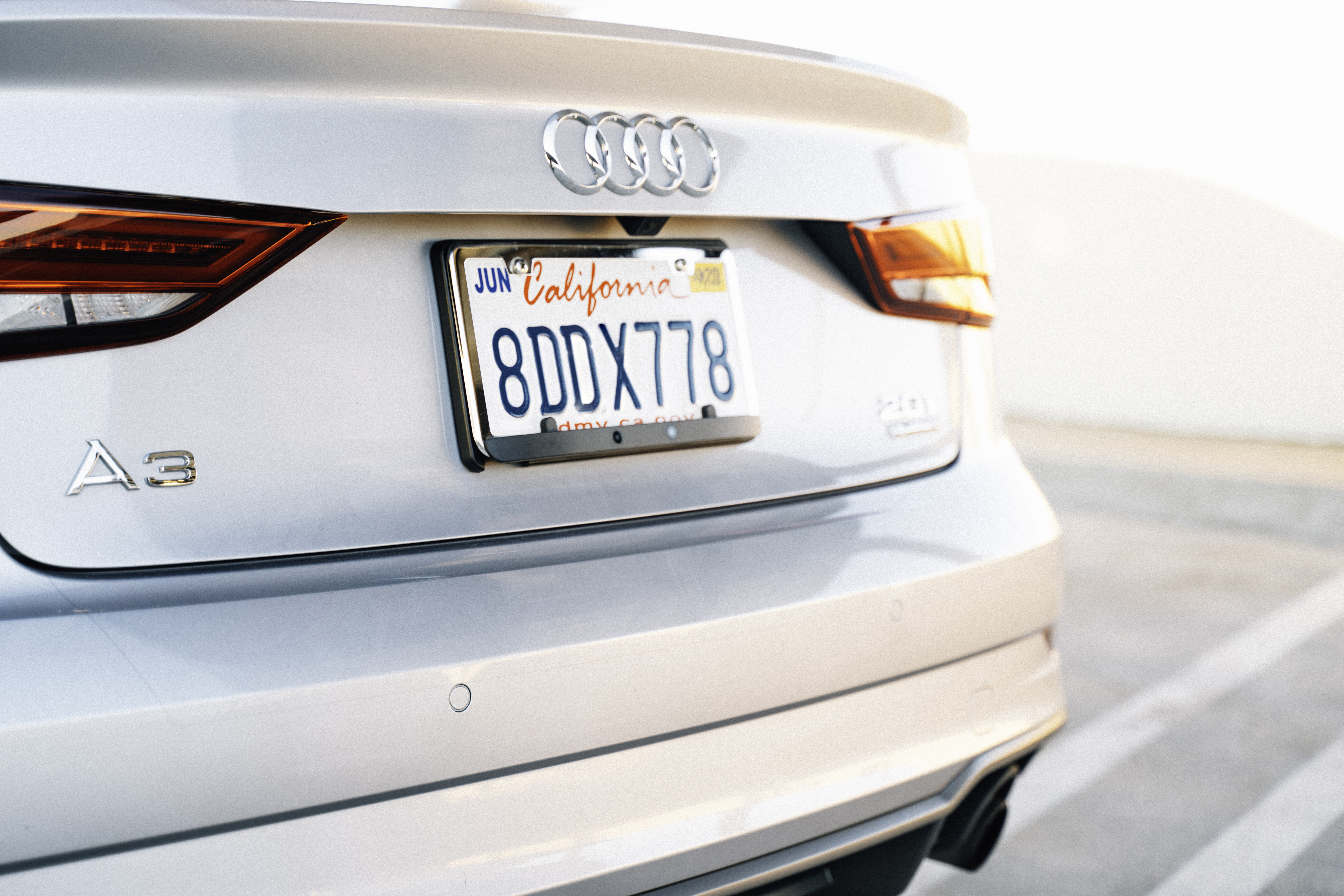 Vehicles must have a CAN bus and electronic steering to be able to use the kit.

The camera sensors are distributed throughout the vehicle. Cameras are integrated into what looks like a license plate holder at the back of the vehicle, as well as another set that are embedded behind the rearview mirror.

A third device with cameras is attached to the frame around the window of the door (see below). 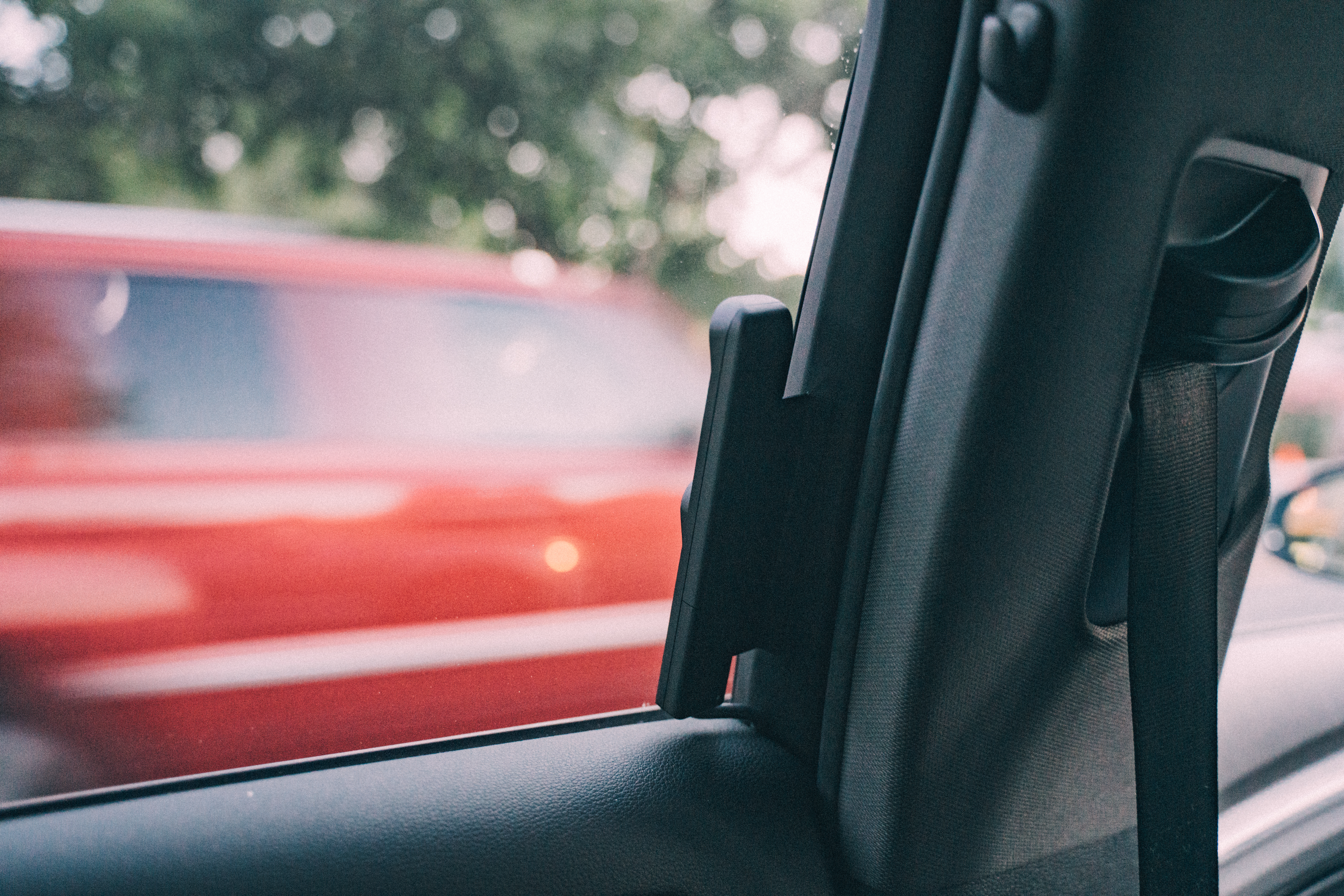 Initially, this kit will be an aftermarket product; the company is starting with the 20 most popular car brands and will expand from there.

Ghost intends to set up retail spaces where a car owner can see the product and have it installed. But eventually, Hayes said, he believes the kit will become part of the vehicle itself, much like GPS or satellite radio has evolved.

While hardware is the most visible piece of Ghost, the company’s 75 employees have dedicated much of their time on the driving algorithm. It’s here, Hayes says, where Ghost stands apart.

How Ghost is building a driver

Ghost is not testing its self-driving system on public roads, an approach nearly every other AV company has taken. There are 63 companies in California that have received permits from the Department of Motor Vehicles to test autonomous vehicle technology (always with a human safety driver behind the wheel) on public roads.

Ghost’s entire approach is based on an axiom that the human driver is fundamentally correct. It begins by collecting mass amounts of video data from kits that are installed on the cars of high-mileage drivers. Ghost then uses models to figure out what’s going on in the scene and combines that with other data, including how the person is driving by measuring the actions they take.

It doesn’t take long or much data to model ordinary driving, actions like staying in a lane, braking and changing lanes on a highway. But that doesn’t “solve” self-driving on highways because the hard part is how to build a driver that can handle the odd occurrences, such as swerving, or correct for those bad behaviors.

Ghost’s system uses machine learning to find more interesting scenarios in the reams of data it collects and builds training models based on them.

The company’s kits are already installed on the cars of high-mileage drivers like Uber and Lyft drivers and commuters. Ghost has recruited dozens of drivers and plans to have its kits in hundreds of cars by the end of the year. By next year, Hayes says the kits will be in thousands of cars, all for the purpose of collecting data.

The background of the executive team, including co-founder and CTO Volkmar Uhlig, as well as the rest of their employees, provides some hints as to how they’re approaching the software and its integration with hardware.

Employees are data scientists and engineers, not roboticists. A dive into their resumes on LinkedIn and not one comes from another autonomous vehicle company, which is unusual in this era of talent poaching.

For instance, Uhlig, who started his career at IBM Watson Research, co-founded Adello and was the architect behind the company’s programmatic media trading platform. Before that, he built Teza Technologies, a high-frequency trading platform. While earning his PhD in computer science he was part of a team that architected the L4 Pistachio microkernel, which is commercially deployed in more than 3 billion mobile Apple and Android devices.

If Ghost is able to validate its system — which Hayes says is baked into its entire approach — privately owned self-driving cars could be on the highways by next year. While the National Highway Traffic Safety Administration could potentially step in, Ghost’s approach, like Tesla, hits a sweet spot of non-regulation. It’s a space, that Hayes notes, where the government has not yet chosen to regulate.