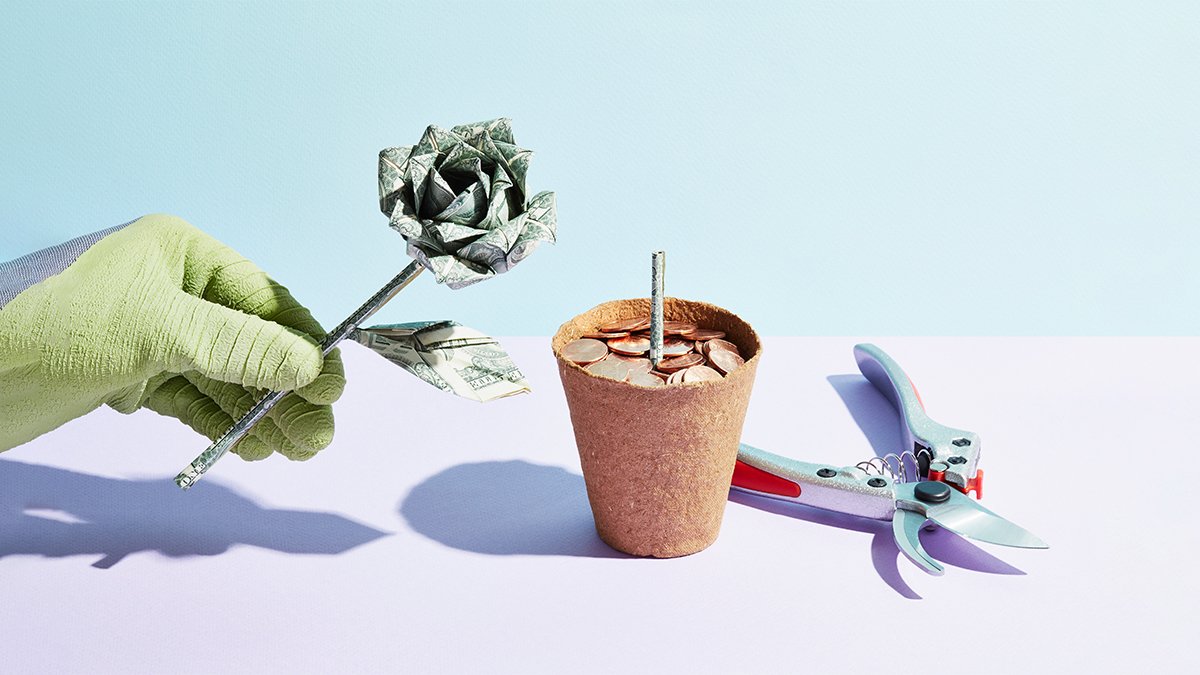 China is often accused of stealing American jobs and intellectual property.  Big-picture data, according to measures tracked by the  Long US-China Institute at the University of California, Irvine show a different picture.  The U.S.-China relationship has created jobs and wealth for both countries and China’s attitudes to intellectual property are steadily maturing.

The current U.S. administration sees China as the United States’s principal global rival, and it has effectively declared economic war on the country. Its justification for this is largely that China is (1) stealing American jobs and (2) pirating American intellectual property.  Data collected by the Long US-China Institute suggest that China is far less guilty of these crimes than many policymakers and commentators would have us believe.

As the exhibit just below shows, consumer incomes in both countries have enjoyed continuous growth in purchasing power since 1985.  Only two years of decline are discernable in the U.S. trendline: 2008 and 2009, coinciding with the 2008/9 recession. 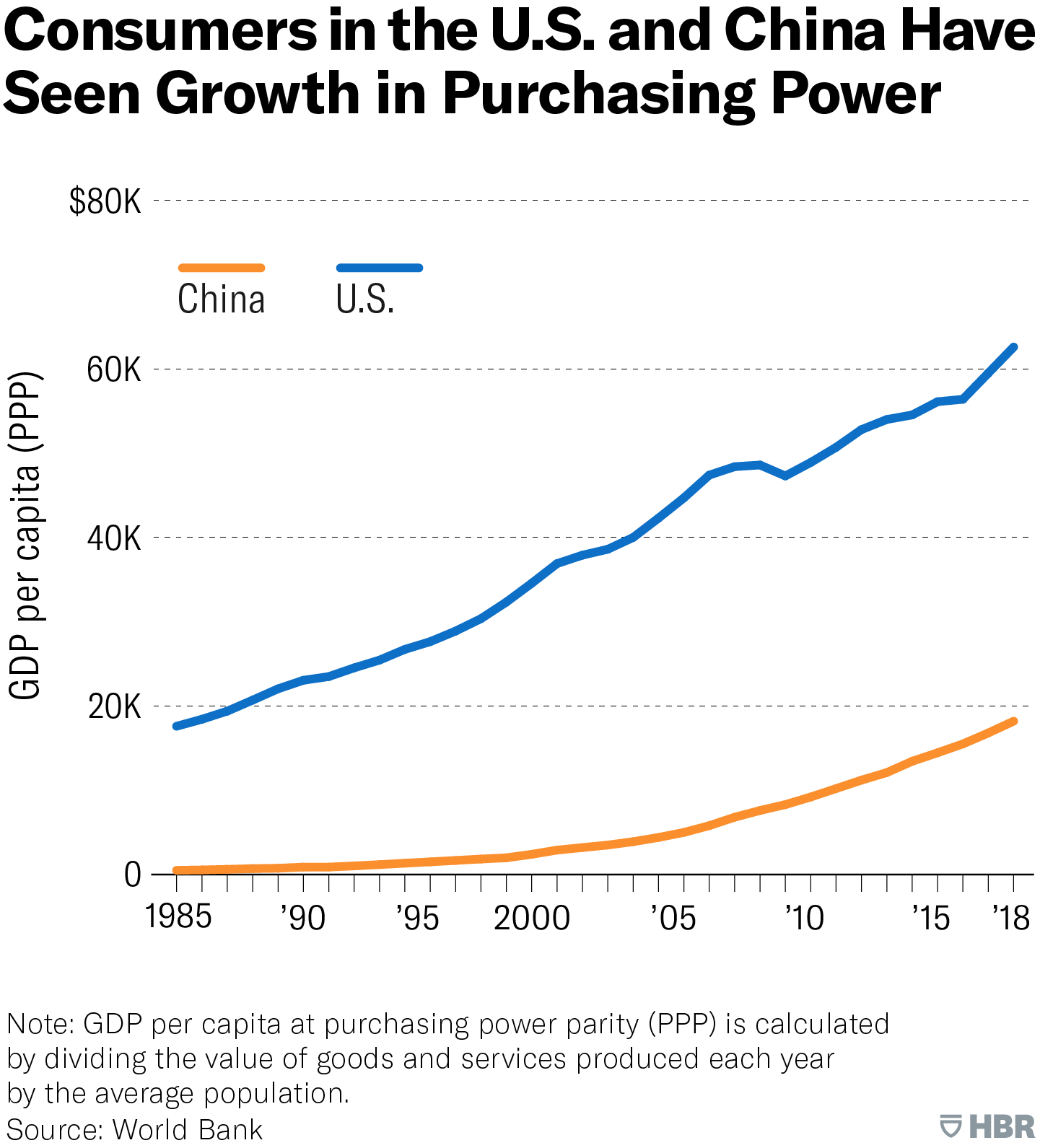 During the period covered in the exhibit, two major trading agreements were struck. The United States granted Permanent Normalized Trade Relations (PNTR) to China in 2000 and, in the following year, China joined the World Trade Organization (WTO). Neither event hampered the steady growth in purchasing power for Americans, whose per capita GNP rose from $37,900 to $62,600.

The story on jobs is less clear, but it’s hard to argue that trade with China has had much impact on U.S. payrolls.  As the next exhibit shows, the U.S. unemployment rate had reached a 30-year nadir of 4.0% in 2000, just before the China’s admission as a PNTR and WTO member.  It did rise to 6% in in 2002, which could be attributed to trade with China, but the 9/11 terrorist attacks and the dot.com bust make this an uncertain conclusion at best.  The unemployment spike we see in 2009 is probably best explained by the 2008/9 recession, and since then, unemployment has steadily declined to a rate (3.9%) lower than that reached in 2000.  Few would conclude from this that trade with China has damaged US incomes or jobs. 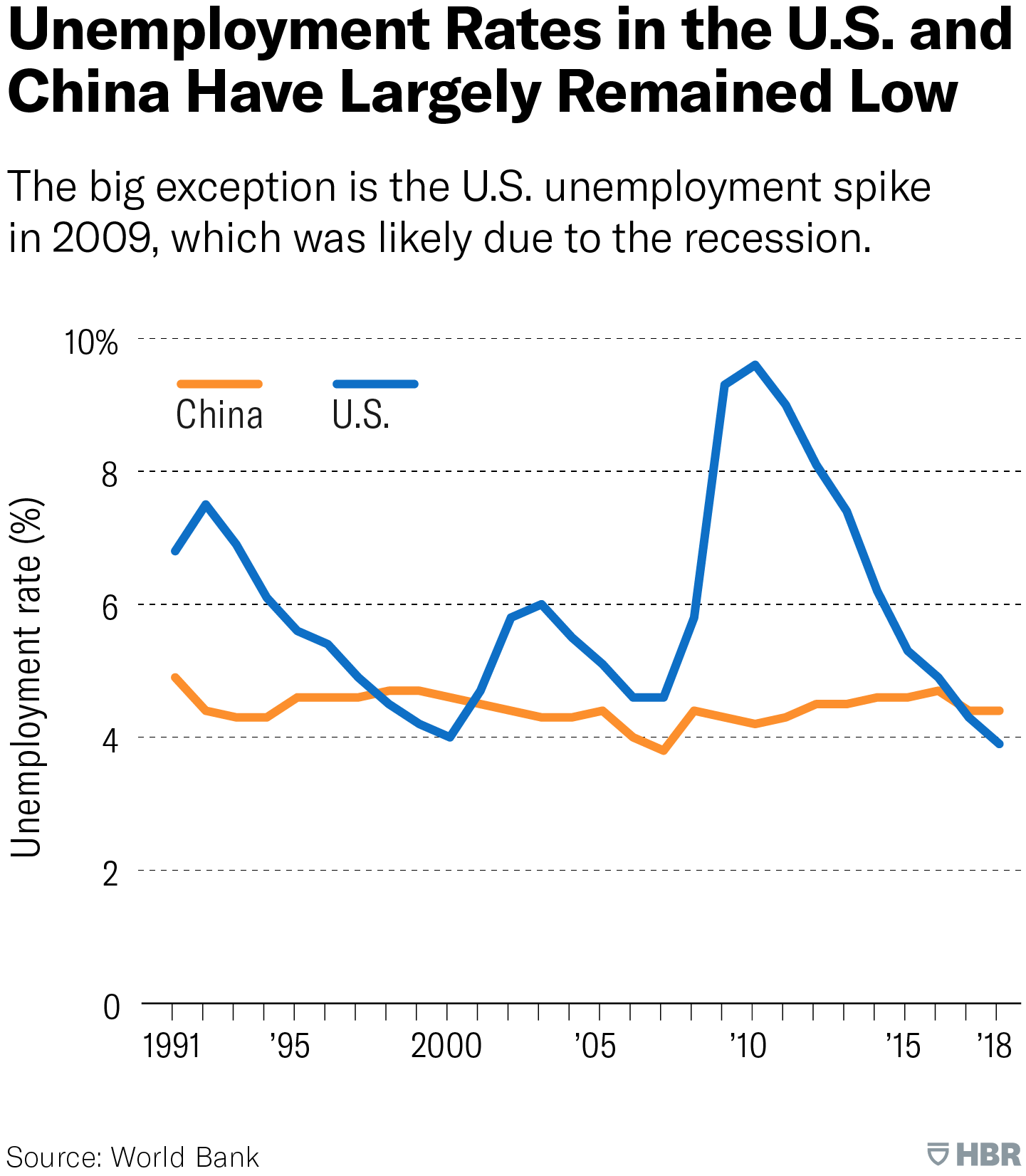 What about intellectual property theft and corruption?  To be sure, China has offended on these fronts.  There have been well-documented cases of IP theft and bribery, so the concern is valid.  But the data shows that Chinese practices are improving.  Transparency International ranks more than 180 countries according to the prevalence of bribery of government officials. As the exhibit below shows, marginal improvements can be seen in mainland China since 2000 – and Hong Kong’s number is actually superior to that of the United States. On this front, therefore, there’s certainly no evidence to suggest that China is getting more corrupt. 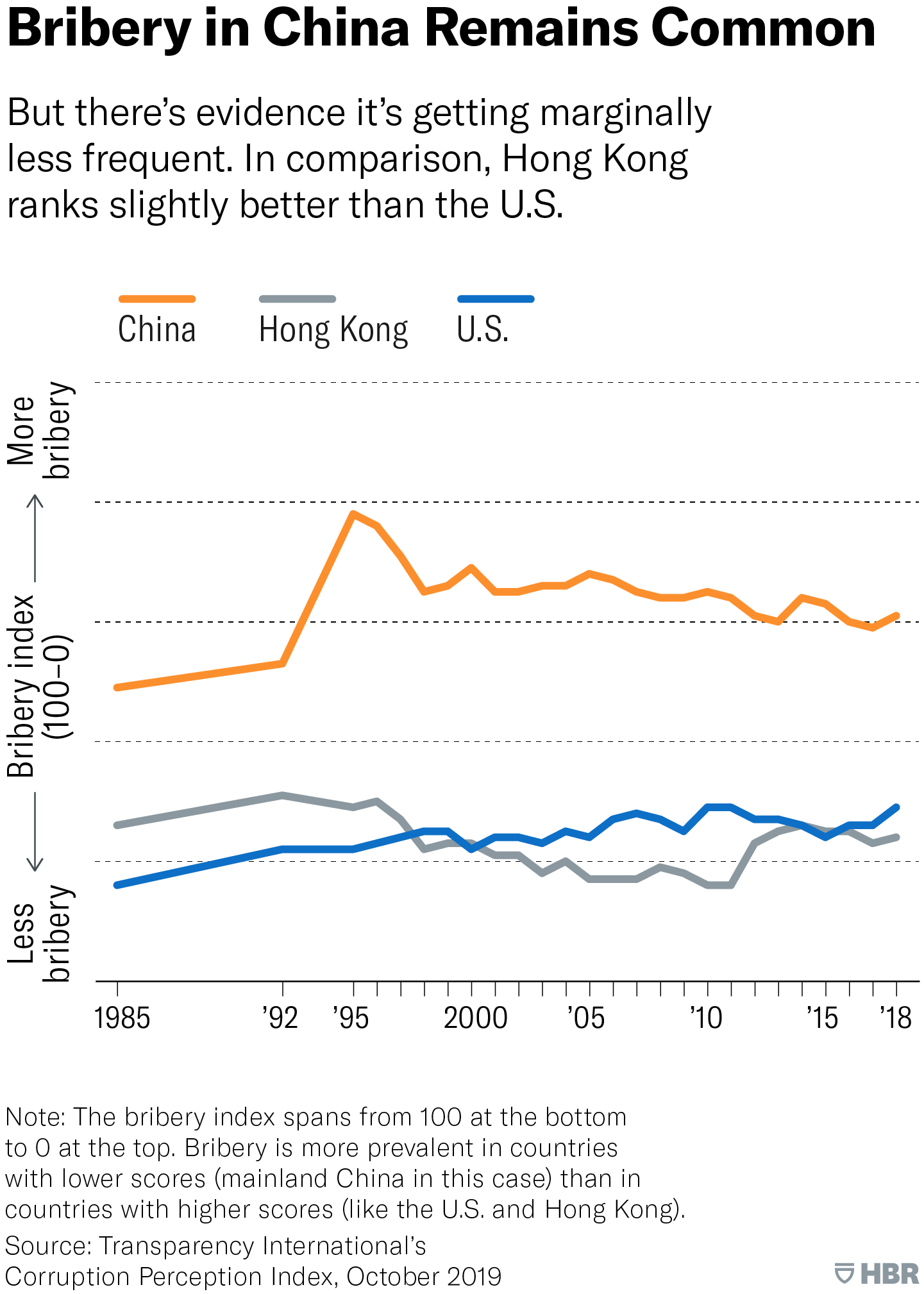 In terms of IP theft, there’s actually a clear improvement. The Business Software Alliance reports the extent of losses to American software producers in 116 countries. As the exhibit below shows, these losses are declining in the United States, China, and Hong Kong. 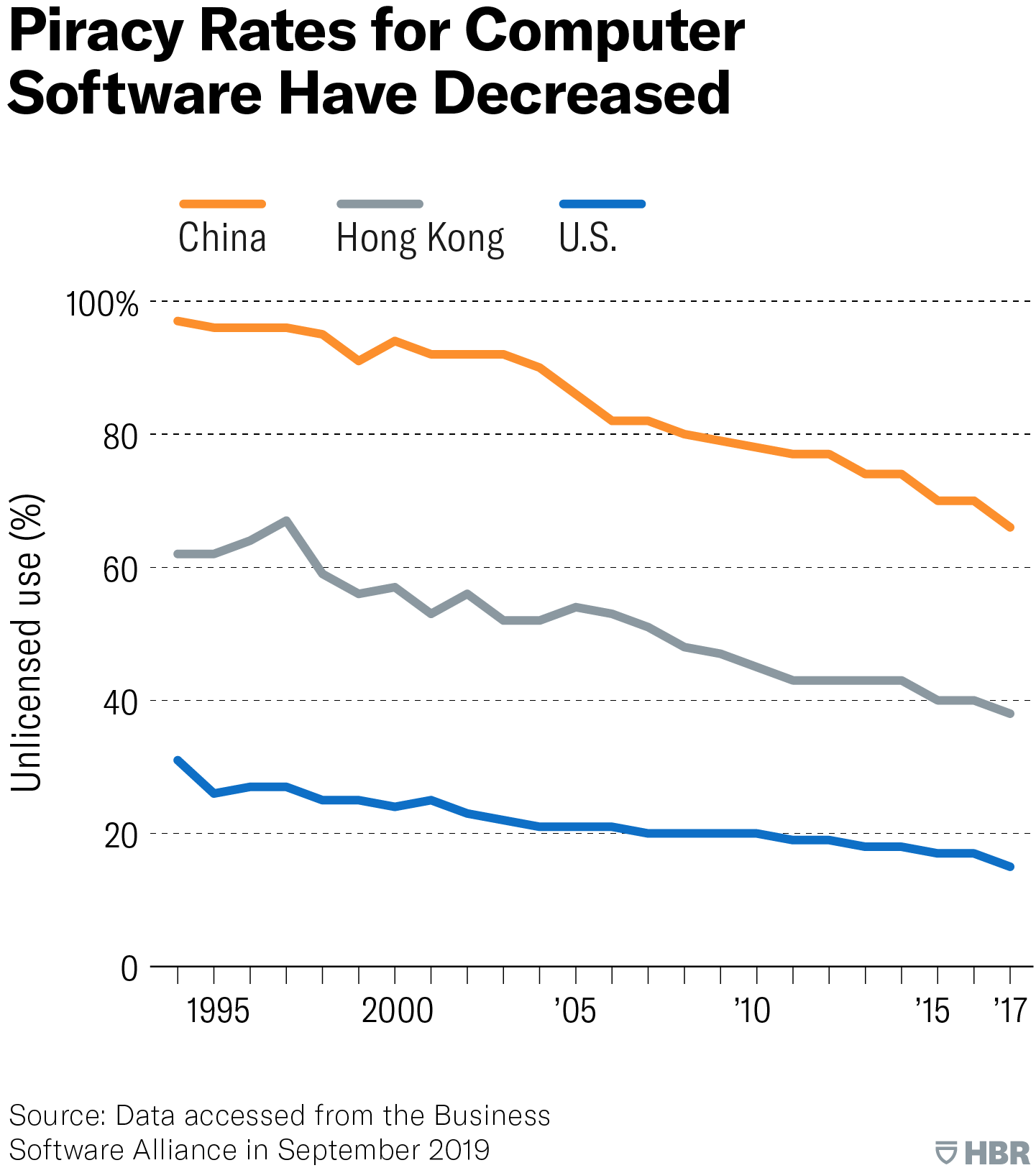 It’s worth noting also that while piracy measured by percentage of unlicensed use in China is far higher than in the U.S. (as the exhibit shows), the position is reversed when you calculate theft by value.  In fact, more money is lost to software piracy in the U.S. than in any other country. The 2016 losses in the U.S. were $8.6 billion, compared with China’s $6.8 billion, and Hong Kong’s $277 million. On a per capita basis that is about $5 in China and $26 in the United States.

In assessing the significance of property theft numbers in China, we should take an historical perspective. Some readers may be surprised to learn that Americans in the 19th century cheerfully copied European and British intellectual property.  But as the country developed economically, socially, and technologically, piracy vis-à-vis other nations diminished.  Since then, Japan, South Korea, and Taiwan and others have traveled the same road, with IP theft declining as they developed.

It’s highly likely that the pattern will be repeated in China.  As per capita income rises, more and more people will be able to afford to pay reasonable prices for books, music, movies, and so forth.  And as Chinese companies begin to develop new technologies, they themselves will need IP protections in order to maintain their profits and growth.

The next exhibit supports that argument.   Growth in U.S. patents granted to Chinese inventors and teams of Chinese and American inventors are both rising even as piracy has declined, at least in software. 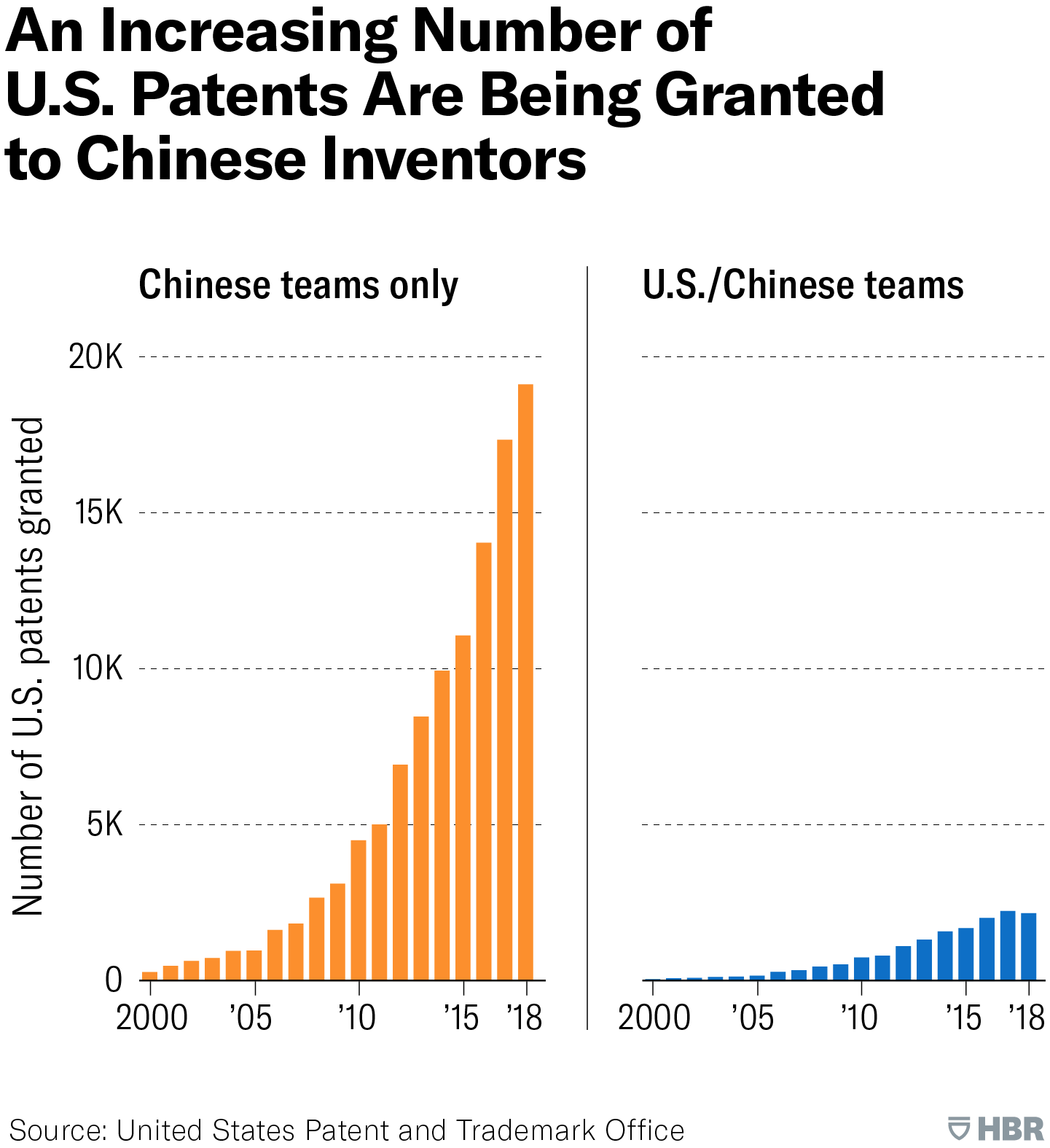 There are, of course, concerns that some Chinese firms are weaponizing the U.S. patent system in order to hobble U.S. innovation in key technologies — notably Huawei, which boasts an impressive 56,492 patents worldwide. But a breakdown of comparisons of U.S. patents granted to individuals by country provides a reassuring empirical context for interpreting the headlines.

What’s more, on a per company basis, the 1,628 US patents granted to Huawei in 2018 is hugely overshadowed by Samsung’s 9,245, IBM’s 9,100, and more than 2,000 each for Intel, Microsoft, Qualcomm, Apple, Ford, Google, and Amazon. While Huawei is focused on telecoms and is growing fast, it’s a stretch to see its patents as a competitive threat.

To be sure, China and the United States are not without their troubles. Both countries are showing stubborn growth in their carbon footprints and military spending, to name just two disturbing trends. But the data of the last 25 years portray U.S.-China commerce as the most synergistic bi-lateral relationship in world history, bringing peace along with mutual prosperity.