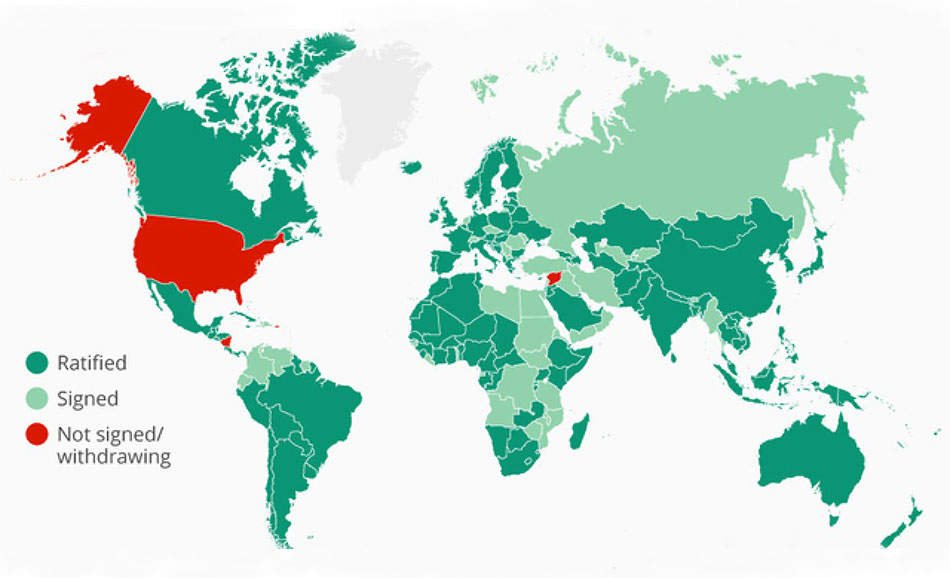 Home » News, Insights & Trends » Green Business » America chose the path to self-destruction. What about the rest of us?

The United States is pulling out of the Paris Climate Agreement. This sets a destructive example. It is especially destructive for the United States because climate action is not just a noble deed for humanity. It is economically necessary and benefits largely those who act.

We may be dismayed about the U.S. federal government’s picking the path to self-destruction. But there is little benefit in wasting time and energy lamenting the administration’s choice or being mad at its stab at global collaboration. Let’s focus instead on building our respective communities’ ability to thrive in a predictably challenging future.

After all, the only possible future for humanity is regenerative — where we strictly live off what Earth can renew without liquidating its natural capital. The regenerative economy is humanity’s ultimate destination, whether we get there by design or by disaster. The question facing us is merely how quickly we get there. The longer we delay the necessary transformation, the more our regenerative budget — Earth’s biocapacity — will be compromised, leaving us with fewer options.

No society can shift overnight to a thriving economy in a world characterized by climate change, biological resource constraints and phased-out fossil fuels. No country, no city, no company can rebuild, retrofit or repurpose its infrastructure instantaneously. Clearly, those who plan ahead and prepare themselves stand a far better chance to thrive than those who keep investing in the obsolete resource-intensive economy.

Business propositions informed by the understanding of what constitutes success in the regenerative future provide a robust competitive advantage.

This is why we at Global Footprint Network work with companies such as Schneider Electric that make climate action and resource security core to their business model — improving energy efficiency and accelerating renewables adoption, in the case of Schneider Electric.

Business propositions informed by the understanding of what constitutes success in the regenerative future provide a robust competitive advantage.

Too few businesses recognize this, however. Many still have their CSR departments wave the SDG flags. Or they pronounce heroic commitments echoing international climate negotiations and other heroic pronouncements, which in the end just fuel the belief that climate action is an added cost, a benevolent and voluntary gesture to our fellow human beings that is only meaningful insomuch as everyone dutifully joins in the chorus. The damning implication is that we need to wait for global collaboration before anybody can act.

Let’s turn this belief on its head — after all, it hasn’t been yielding great outcomes despite many years of hard work and numerous attempts. Assuming that global collaboration and agreement, be it among governments or within industry sectors, will remain limited can empower us to take action without delay. For one thing, weak or absent cooperation actually enhances climate risks and resource insecurity, making the urgency to take proactive action in one’s own backyard even more acute. In fact, we may find that each player unequivocally preparing for one’s own success in a regenerative economy triggers the collaboration we’ve so desperately been seeking.

In this context, entities that actively refuse to prepare for what’s to come are truly investing in their own demise. That is the tragedy of the U.S. choice to leave the Paris Climate Agreement. Companies that similarly stay stuck in denial are depriving themselves of a chance to be successful in the long term.

That is the tragedy of the U.S. choice to leave the Paris Climate Agreement. Companies that similarly stay stuck in denial are depriving themselves of a chance to be successful in the long term.

To be fair, foresight is hard to muster in a context of flawed climate thinking. Presented every year in Davos to world leaders in business and politics, the World Economic Forum’s Competitiveness Report is a striking example. It assesses country competitiveness while omitting resource or environmental considerations. Not one of the 103 indicators making up the competitiveness score (long-term ability of countries to generate economic wealth) measures aspects of resources or environment.

This is even more startling considering that the World Economic Forum’s Global Risks Report, based on the opinions of over 1,000 CEOs, conclude that seven out of the top 10 current global risks are resource-based or environmental. Because avoiding dangerous climate change implies full decarbonization within a couple of decades, it seems that even a short-term interpretation of competitiveness — an economy’s future ability to produce value-added — would have significant overlap with the concept of sustainability.

The outdated climate narrative isn’t helping. Too few recognize that efforts towards resource security and climate action are not only thoughtful gifts to humanity, but also essential and urgent drivers to build their own successful future.

To avoid dangerous climate change, humanity should phase out fossil fuels before 2050. That’s why every mayor, governor, minister and CEO must ask themselves now: How much of our infrastructure for 2050 is already built? How much of it is fit for this transformation? How much of our assets will be stranded? What do I need to do to prepare? Others’ inaction should be no reason to justify one’s own, lest one chooses to join them on the path to self-destruction.