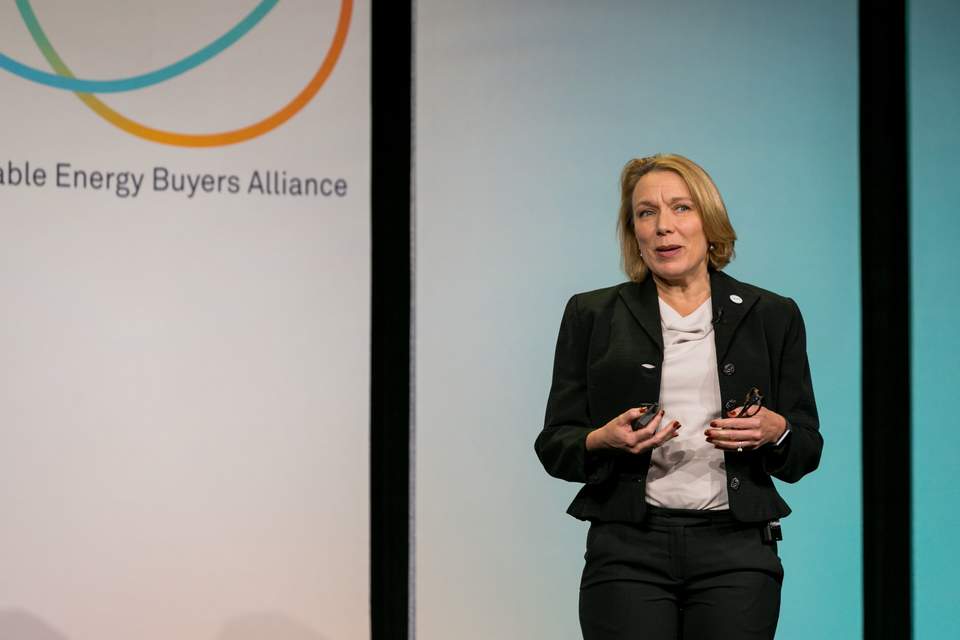 Large-scale energy buyers are driving the energy landscape shift by collectively voicing their demand for accessible clean energy options to decrease their carbon impacts. In 2018 alone, the group accounted for 6.3 gigawatts in announced renewable energy deals — an amount equal to over 60 percent of all new renewables generation added in the United States last year.

However, the U.S. commercial and industrial sector is still the most energy-intensive, accounting for about 50 percent of all power consumption and 34 percent of all greenhouse gas (GHG) emissions.

So what’s next for this community when it comes to advance its clean energy and GHG emissions reduction mandates?

This year’s Renewable Energy Buyers Alliance (REBA) Fall Summit convened many of these actors, providing a collaborative platform to drive progress, tackle market barriers as a community and coalesce around the commitment to unlock clean energy pathways for all energy buyers. REBA is a community focused on empowering large-scale energy buyers to achieve the goal of catalyzing 60 GW of clean energy and to increase the number of organizations transacting from 5,000 today to 50,000 in the future.

The journey so far

The demand for clean energy has increased demonstrably from a decade ago, when a handful of pioneers started the journey of navigating complex procurement mechanisms, to today where almost 65 percent of new clean energy capacity is driven by large-scale energy buyers.

We most often celebrate the end of the buyer journey, the actual development and implementation of projects such as those announced by REBA founding members Iron Mountain and Walmart announced during the gathering. But their individual stories demonstrate an important lesson: Every organization starts in the same position. Reflecting on what companies such as these have learned also helps showcase how the market has grown.

Before procurement of clean energy even can begin, large-scale energy buyers take on accounting and mapping of carbon footprints and identifying where the opportunities lie to reduce emissions through improvements in energy efficiency and diversification of energy sources. This serves as a baseline to inform sustainability plans. The public commitment component can include carbon reduction targets, pledges to procure 100 percent clean energy and reporting structures that drive action.

At this stage in the large-scale energy buyer’s journey, we are at a crossroads. Many companies are pursuing established goals; however, they continue to face intractable market barriers that hinder scaling access to clean energy.

The collective voice and actions of large-scale energy buyers are both powerful tools that move markets.

Large-scale energy users are motivated by a number of factors to pursue clean energy, including the desire to manage volatility in energy costs. and reduce the climate impact of their energy consumption. Most also have a strong belief that a zero-carbon energy future is in the best interest of their communities, stakeholders and shareholders.

According to the REBA Deal Tracker, this year already has eclipsed 2018 in announced renewable energy deals with over 7 GW of projects in the United States alone. There has been a surge in new large-scale energy buyers with first-time buyers accounting for 50 percent of the deals year to date, representing a diverse swath of sizes, sectors and procurement methodologies.

You may wonder how this has been possible given the previous mentions of intractable barriers. Large-scale energy buyers are leveraging the procurement pathways currently available to them, such as traditional and virtual power purchase agreements (PPAs). Honda recently announced a PPA to secure solar and wind projects that will generate more than 1 million megawatt-hours (MWh) of renewable electricity annually.

Unique pathways and opening the market to all

In an effort to scale clean energy efforts in alignment with overall sustainability goals and accelerate market growth, large-scale energy buyers are also exploring unique pathways to procurement and how to standardize methodologies to make them accessible to all energy buyers.

The key takeaway for readers is that while energy auctions are a long-term investment for any company, they can result in streamlined, cost-effective and expedited clean energy procurement when compared to the traditional RFP process. Additionally, reverse auctions have the potential to standardize procurement, execute a large volume of deals at once and increase market competition.

The collective voice and actions of large-scale energy buyers are both powerful tools that move markets and beyond the energy industry, legislative, regulatory and policy stakeholders listen when these market actors move into their localities.

Why? Because with them comes the power to create jobs, contribute to economic growth and support community development.