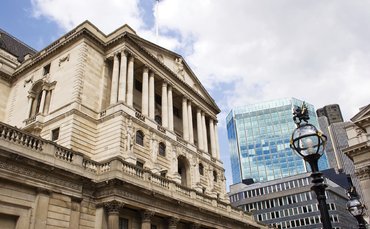 Chancellor fails to include climate change remit in guidance to UK financial regulators, in apparent backtrack on government pledge made this summer

The government has been accused of backtracking on its pledge to ensure climate change considerations form part of the remit of UK financial regulators, after failing to include green objectives in guidance sent to the Bank of England and Financial Conduct Authority this week.

In a letter from the Chancellor sent out to the FCA and the Bank of England’s Prudential Regulation Authority (PRA) on Monday, Sajid Javid stated that the government’s economic policy priorities are “to achieve strong, sustainable and balanced growth” with an “open and competitive economy”.

At least once during every Parliamentary term, the government is required to make recommendations about aspects of economic policy it wants the PRA and the FCA to have regard to, and how it wishes the regulators discharge their duties.

But Javid’s guidance this week neglects to make any mention of the need for regulators to have regard to climate change considerations and the goals of the Paris Agreement, despite this being a key commitment in the government’s Green Finance Strategy published in July.

Released several weeks before Javid took up the reins in Number 11 Downing Street from former Chancellor Philip Hammond, the Strategy was widely welcomed by financial figures and green businesses. It aims to position the UK as a global centre for green finance, unlock billions of investment in the low carbon economy, and boost the resilience of the UK economy to climate risk.

Among its various commitments, the Strategy promised that for the first time the UK’s financial regulators would have international climate change goals built into their remits. “For the PRA and FCA, we will ensure that the need to have regard to the COP21 Paris Agreement when considering how to advance their objectives and discharge their functions is reflected in the next Letter of Recommendations that HM Treasury issues to each authority,” it states.

When asked today whether the government had now regened on this promise, HM Treasury declined to comment.

However, the decision to call a snap General Election had left HMT short on time to fulfil its statutory duty to deliver the letters before the end of the Parliament, BusinessGreen understands. As such, with purdah kicking in on Wednesday, the decision appears to have been taken to keep the guidance to regulators straightforward and closely aligned with that issued in the previous Parliament.

It remains unclear as to whether the Green Finance Strategy pledge will be fulfilled by whoever takes up the reins in the Treasury in the next Parliament.

And Mary Creagh, chair of Parliament’s Environmental Audit Committee, said the Chancellor’s failure to include climate in his guidance for regulators showed the Conservative Party was “not bothered about environment emergency and need for green finance”.

Oh look. Tories not bothered about environment emergency & need for green finance….so much for #netzero
Javid reneges on green pledges in guidance to regulators https://t.co/kBHqEEkZNl