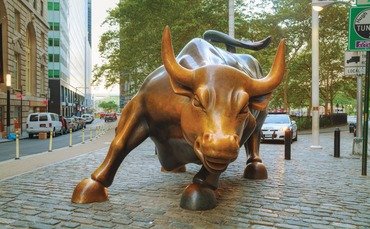 Strong growth in green bond issuance in the third quarter could see the market top $250bn for 2019, according to ratings agency Moody’s.

Some $63.9bn of green bonds were issued globally during the third quarter of this year, taking this year’s total so far to $189.5bn, the firm said.

Issuance for the first nine months of 2019 was 67 per cent higher than during the same period of 2018 and eclipsed full-year 2018 issuance of $171bn, according to the update. Green bonds accounted for 3.7 per cent of total global bond issuance in the third quarter, and far outpaced the segment’s overall growth of 2.5 per cent.

“Although total outstanding green bonds of nearly $700bn account for less than one per cent of the global fixed income market, the increasing penetration of green bonds reflects the gradual maturation and prominence of the market,” Moody’s said.

Corporates were again the strongest contributors to overall issuance in the third quarter, continuing a trend observed in the first and second quarters, Moody’s said.

Most green bonds were issued in Europe, North America and Asia-Pacific. Latin American issuers accounted for three per cent of the total, and African just one per cent. However, Moody’s expects the market to grow in Africa, following the first green bond from Kenya coming to market in September, and reports of a potential sovereign green bond to follow.

Investments in buildings and energy continued to lead use of funds raised in the third quarter, accounting for 33 per cent and 27 per cent of issuance, respectively. Transportation was again the third-highest category, at 19 per cent, followed by water projects with 12 per cent of total issuance.

Issuance of social and sustainability bonds – which fund social projects and a combination of social and environmental projects respectively – declined sharply in the third quarter, with a total of $7.9bn, significantly below the record $19.7bn issued in the second quarter.

However, combined issuance of both types of bond totalled $41bn for the first nine months of the year, above the $30.8bn issued during the whole of 2018.

“With continued growth and diversification in investor demand for sustainable investments, we expect demand for social and sustainability bonds to persist alongside demand for green bonds,” the report stated.

“Other products such as green loans and environmental, social and governance (ESG) or sustainability-linked loans will also grow in number and size,” it added.

The report from Moody’s is the latest in a series of updates that suggest the green and climate bonds market is on track to smash records this year. It also follows a report yesterday suggesting global climate finance levels will top half a trillion dollars this year – an impressive milestone but one that analysts conceded was well short of the level needed to meet the goals of the Paris Agreement.