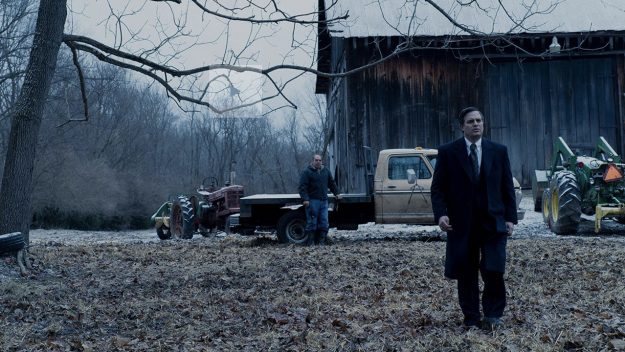 Boffo box-office performances over the weekend by Disney’s Frozen II; Ford v. Ferrari, owned by Disney’s 20th Century Fox unit; and Sony’s A Beautiful Day in the Neighborhood helped push another movie release from late last week, Dark Waters, down into 26th place for the period—just below a Downton Abbey movie that has been out for a couple of months now. And surely box-office obscurity is exactly where Doyle wanted to see Dark Waters go.

That is because Dark Waters, produced by and starring liberal Hollywood activist Mark Ruffalo, is the story of how runoff cancer-linked chemicals from a DuPont landfill in West Virginia killed hundreds of cattle and threatened the lives of thousands of humans in the waterways and aquifers around a plant that produced Teflon, among other products. In one scene in the movie, Ruffalo, playing real-life plaintiff’s lawyer Robert Billot, claims, “DuPont is knowingly poisoning 70,000 local residents.”

DuPont and its 2015 spinoff, Chemours, agreed in 2017 to settle more than 3,500 lawsuits related to pollution in the state for $671 million, while both companies denied wrongdoing. But Doyle and the rest of the DuPont brain trust may have counted a bit too much on bygones being bygones. Even once it was clear this fall, with a trailer for Dark Waters, that Ruffalo and Focus Features were dredging up this toxic mess and attempting to incite public hostility toward Big Chemicals with the film, DuPont did little to attempt to mitigate whatever damage may have resulted.

“The behaviors that you might see (in the movie) are certainly not the behaviors that I witnessed at any point in my career,” Doyle offered wanly during a recent call with investors. Executive Chairman Ed Breen said that the film is “inspired”  by, not based on, Bilott’s story, and added that “a lot of legal folks” at DuPont had “been looking at” the potential for suing Focus Features over the film.

But outsiders sensed more trouble for DuPont than top executives seemed to be acknowledging, perhaps fearing that Dark Waters could turn into another Erin Brockovitch, the 2000 film starring Julia Roberts about a woman who won a huge verdict against PG&E, the California utility, over its contamination of local waters with a carcinogen.

Fermium Research analyst Frank Mitsch, for instance, watched a preview of Dark Waters and guessed that it would become a big hit that could cast a shadow not only over DuPont but also over the entire chemical industry.

With Dark Waters’ lackluster opening, the threat to DuPont and Chemours that the movie would become a hit seems to have disappeared. But if Doyle and DuPont get through the big fall movie season without much damage from the flick, it’ll be more a case of whistling through the graveyard than exorcising the ghouls.