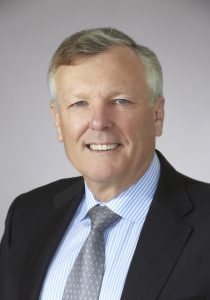 Thomas M. Rutledge is chairman and CEO of Charter Communications Inc., the nation’s second-largest cable company with more than 92,000 employees and 26 million customers across 41 states.

For the third quarter, the Stamford, Conn.-based company reported better-than-expected third-quarter earnings amid an increase in new internet customer users, which helped offset a drop in video and wireless subscribers, according to TheStreet.com.

“Although our product mix is different today than it was several years ago, we’re driving customer relationship growth given our superior products, pricing and network, combined with execution capabilities that continue to improve,” Rutledge said in the company’s earnings call with analysts.

Quarter highlights include the October launch of Charter’s advanced in-home Wi-Fi in Austin, Texas, he said. Overtime, the company will roll out the product to its entire footprint, starting with additional markets in late 2019.

“Given our network, software operating platform and top rated subs support tool, we’re in a unique position to provide enhanced security privacy and control over all IP devices in our customers home, easily managed by customers in a single app, while simultaneously delivering a superior customer experience through better in-home Wi-Fi coverage, and managed Wi-Fi solutions through dynamic bands switching and channel optimization within the bands,” Rutledge said.

During the call, Rutledge was also asked recent speculation that Charter might use technologies including CBRS and dual-SIM to move traffic off the Verizon network, thus making their respective mobile offerings far more profitable, according to Multichannel News

“We’ve talked about dual SIM technology opportunities and the testing that we’ve done, and we’re quite optimistic about the capability of that strategy,” Rutledge said. “We’re quite optimistic about the ability to make select investments in areas where traffic dictates in such a way as to move services that we pay rent for on to our own platform and that opportunity already exists with Wi-Fi and a significant number of our customers.”

According to Rutledge, 80% of data used on Spectrum Mobile is transmitted via Wi-Fi.

If Charter could offload anything close to half the cost of monthly service onto its own network, “it would be a game-changer,” said Moffett Nathanson principal analyst Craig Moffett.

“We think there’s continued opportunity to move traffic that way, and we’ve experimented with a bunch of methodologies to do that and CBRS does work very well,” Rutledge said. “And as you know there’s a significant amount of free CBRS spectrum available which we’ve been using. We’ve also done some experiments with that spectrum with fixed wireless connectivity. We’ve got an experiment going with that too and actual live customers going in rural low density areas. So it’s a pretty valuable piece of spectrum. There’s some private spectrum of CBRS that’s going to be auction next year. The question we’re evaluating is should we be involved in that. But we haven’t determined that yet but we’re looking at it closely.”

Prior to becoming CEO of Charter in 2012, Rutledge, a 40-year veteran of the industry, served as chief operating officer of Cablevision Systems. He began his career in 1977 at American Television and Communications (ATC), a predecessor of Time Warner Cable where he served in many different capacities, eventually becoming president of Time Warner Cable.

Rutledge is the current Chairman of the National Cable and Telecommunications Association (NCTA) and serves on the boards of CableLabs and C-SPAN. In 2011, he received NCTA’s Vanguard Award for Distinguished Leadership, the cable industry’s highest honor, and is a member of the Cable Hall of Fame and the Broadcasting and Cable Hall of Fame.

He’s No. 70 on Chief Executive and RHR International’s CEO1000 Tracker, a ranking of the top 1,000 public/private companies.

Prior to joining Bunge: COO of Cablevision Systems