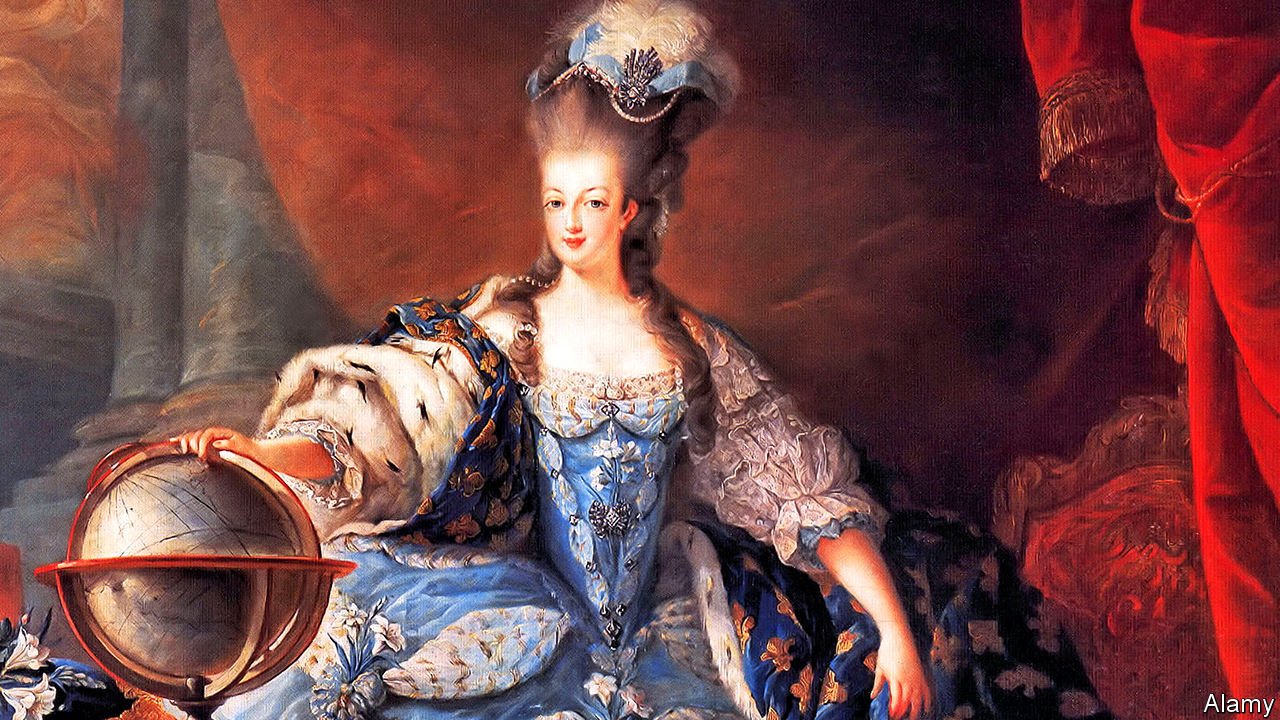 ADULTERER, PERVERT, traitor, murderer. In France in 1793, no woman was more relentlessly slandered than Marie Antoinette. Political pamphlets spread baseless rumours of her depravity. Some drawings showed her with multiple lovers, male and female. Others portrayed her as a harpy, a notoriously disagreeable mythical beast that was half bird-of-prey, half woman. Such mudslinging served a political purpose. The revolutionaries who had overthrown the monarchy wanted to tarnish the former queen’s reputation before they cut off her head.

She was a victim of something ancient and nasty that is becoming worryingly common: sexualised disinformation to undercut women in public life (see article). People have always invented rumours about such women. But three things have changed. Digital technology makes it easy to disseminate libel widely and anonymously. “Deepfake” techniques (manipulating images and video using artificial intelligence) make it cheap and simple to create convincing visual evidence that people have done or said things which they have not. And powerful actors, including governments and ruling parties, have gleefully exploited these new opportunities. A report by researchers at Oxford this year found well-organised disinformation campaigns in 70 countries, up from 48 in 2018 and 28 in 2017.

Consider the case of Rana Ayyub, an Indian journalist who tirelessly reports on corruption, and who wrote a book about the massacre of Muslims in the state of Gujarat when Narendra Modi, now India’s prime minister, was in charge there. For years, critics muttered that she was unpatriotic (because she is a Muslim who criticises the ruling party) and a prostitute (because she is a woman). In April 2018 the abuse intensified. A deepfake sex video, which grafted her face over that of another woman, was published and went viral. Digital mobs threatened to rape or kill her. She was “doxxed”: someone published her home address and phone number online. It is hard to prove who was behind this campaign of intimidation, but its purpose is obvious: to silence her, and any other woman thinking of criticising the mighty.

Similar tactics are used to deter women from running for public office. In the run-up to elections in Iraq last year, two female candidates were humiliated with explicit videos, which they say were faked. One pulled out of the race. The types of image used to degrade women vary from place to place. In Myanmar, where antipathy towards Muslims is widespread, detractors of Aung San Suu Kyi, the country’s de facto leader, circulated a photo manipulated to show her wearing a hijab. By contrast in Iran, an Islamist theocracy, a woman was disqualified from taking the seat she had won when a photo, which she claims is doctored, leaked showing her without one.

High-tech sexual slander has not replaced the old-fashioned sort, which remains rife wherever politicians and their propagandists can get away with it. In Russia, female dissidents are dubbed sexual deviants in pro-Kremlin media. In the Philippines, President Rodrigo Duterte has joked about showing a pornographic video of a female opponent, which she says is a fake, to the pope. In China, mainland-based trolls have spread lewd quotes falsely attributed to Tsai Ing-wen, Taiwan’s first female president. Beijing’s state media say she is “extreme” and “emotional” as a result of being unmarried and childless.

Stamping out the problem altogether will be impossible. Anyone can make a deepfake sex video, or hire someone to do it, for a pittance, and then distribute it anonymously. Politicians will inevitably be targets. Laws against libel or invasion of privacy may deter some abuses, but they are not much use when the perpetrator is unknown. Reputable tech firms will no doubt try to remove the most egregious content, but there will always be other platforms, some of them hosted by regimes that actively sow disinformation in the West.

So the best defence against sexual lies is scepticism. People should assume that videos showing female politicians naked or having sex are probably bogus. Journalists should try harder to expose the peddlers of fake footage, rather than mindlessly linking to it. Some day, one hopes, voters may even decide that it is none of their business what public figures look like under their clothes, or which consenting adults they sleep with.■

How I Created a Change Culture for Technology Implementations
Why Women And Minorities Are Being Left Behind In The Leadership Pipeline
How Not To Throw Away Valuable Clients
Leadership Language: Talking The Talk Or Walking The Walk?
Category: Leader
Tags: Business News, Business Updates

New York City - A unique artistic depiction of the most exciting city in the world - Triart https://hubs.ly/H0nVDy-0