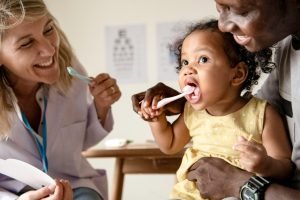 New Mountain Capital’s Western Dental & Orthodontics has returned to the auction block, according to several people familiar with the matter.

Goldman Sachs and Deutsche Bank are advising on the sales process, the people said, one of whom said the process is exclusively targeting financial sponsors.

Management presentations have occurred and the process is in its second rounds, some of the people said.

While the process remains in its early stages, sources speculated sellers could fetch an Ebitda multiple in the 10x-to-12x range. Based upon approximately $120 million of Ebitda, according to one source, that would suggest a potential transaction could be valued well into the billion dollar range.

Western Dental’s revenue has grown year-over-year over the last five years, one of the people added.

New Mountain, whose investment in Western Dental dates to 2012, evaluated a sale of the company in mid-2018 via Moelis and Deutsche Bank, Buyouts reported.

Founded as a single office out of Los Angeles, Western Dental’s network has grown to encompass 322 dental offices in California, Arizona, Texas, Nevada and Alabama. Western Dental and its affiliates offer orthodontics, oral surgery, pediatric dentistry, periodontics and endodontics in its offices.

Western Dental may be more challenging to value than traditional dental service organizations given a portion of its revenues stem from a Medicaid-reimbursed patient population, sources said. The company serves more Denti-Cal patients than any other dental provider in California; however, Medicaid accounts for only about a quarter of the company’s revenues, one of the people said.

Enhancements in patient access to Denti-Cal in recent years have served as a boost to the company, and thus sponsors are also considering the sustainability of the program’s budget, as well as Western Dental’s heavy California concentration more generally speaking, another person said.

Western Dental is led by Chairman and CEO Daniel Crowley. Sources characterize Crowley as a superstar multisite operator, though acknowledge that there are multiple other things that take his time.

Financial terms of New Mountain’s initial investment weren’t disclosed, but an October 2012 Moody’s report stated that the deal was valued at about $550 million including a $300 million cash equity contribution.

The process for Western Dental comes as San Francisco’s Gryphon Investors seeks a buyer for Smile Brands, one of the largest dental support organizations in the country. The company kicked off a sales process in October via Moelis, Buyouts reported.

Other large players include L Catterton’s Dentalcorp, the largest platform north of the border. Catterton bought Dentalcorp from Imperial Capital Group and OPTrust in a deal valued around C$1.6 billion in 2018, Buyouts reported.

A New Mountain spokesperson declined to comment, while those with Western Dental, Goldman Sachs and Deutsche Bank didn’t immediately return requests for comment.