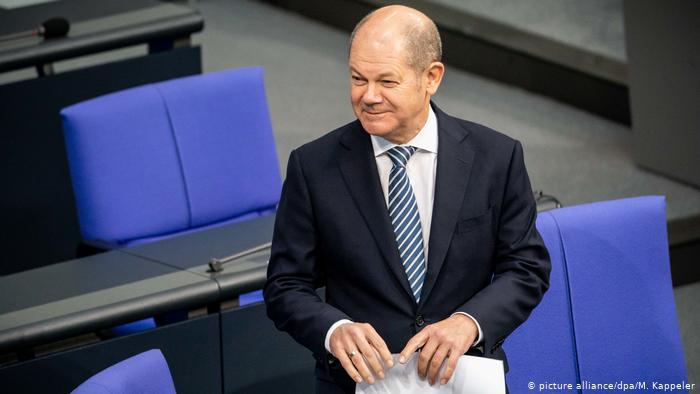 Germany’s most in-the-red towns could soon get help from the government, Finance Minister Olaf Scholz said on Saturday.

In an interview with the Funke media group, Scholz said Berlin “has signaled its willingness” to help remove a €40 billion ($44 billion) debt from local authorities on a “one-off basis.”

Out of Germany’s 11,000 local authorities, Scholz said the plan concerns “around 2,500 cities and municipalities that are squeezed by so much debt that they can barely breathe.”

Removing the debt would likely set local authorities up to spend more on much-needed infrastructure repairs and renovations on schools, kindergartens and swimming pools.

Most of the overindebted municipalities are located in states like North Rhine-Westphalia, Hesse, Rhineland-Palatinate and Saarland, which have been hit hard by deindustrialization.

Although he’s center-left, Scholz has continued the no-new-debt policy of his conservative predecessor

The plans signal a possible shift in the German government’s long-standing resistance to public spending.

The proposal would still need to be agreed with German Chancellor Angela Merkel’s conservatives, the coalition partners of Scholz’s center-left SPD, before coming into effect.

It’s also likely to face pushback from the leaders of Germany’s 16 states, who may be resistant to channeling funds to financially troubled towns outside their states.

Scholz has largely maintained his predecessor Wolfgang Schäuble’s so-called “black zero” — a policy of not taking on new debt.

Although Germany is proud of its balanced budget, the government has come under increasing pressure from economists and fellow European Union members to stimulate its economy with higher investment to ward off a possible recession.

Every evening, DW’s editors send out a selection of the day’s hard news and quality feature journalism. You can sign up to receive it directly here.