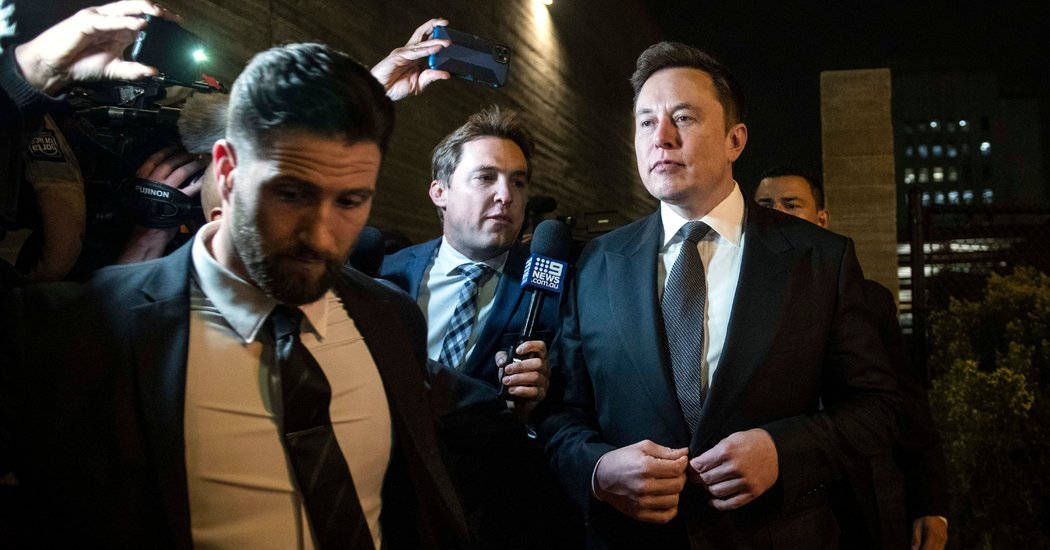 Elon Musk did not defame a British cave explorer by calling him a “pedo guy” on Twitter, a jury concluded on Friday in Los Angeles. The verdict ended a short trial based on an acrid dispute between the men over the high-profile rescue of a group of children trapped in Thailand in the summer of 2018.

“My faith in humanity is restored,” Mr. Musk told reporters after hearing the verdict.

The explorer, Vernon Unsworth, sued Mr. Musk in September last year, arguing that the billionaire had used the tweet to insinuate that Mr. Unsworth was a pedophile and damage his reputation. Mr. Musk, the chief executive of Tesla, and his lawyers countered that “pedo guy” was a generic insult borrowed from his youth in South Africa.

Both men had become involved in the rescue shortly after rising waters trapped a boys’ soccer team in a cave in June 2018. Mr. Unsworth had firsthand knowledge of the cave system, while Mr. Musk flew in a team of engineers and proposed an unorthodox rescue plan using a minisubmarine.

After Mr. Unsworth slammed the idea in a televised interview, suggesting that Mr. Musk “stick his submarine where it hurts,” the billionaire lashed out on Twitter, describing Mr. Unsworth as a “pedo guy” in a post to his 22 million followers at the time.

“I felt it to be disgusting,” Mr. Unsworth testified on Wednesday, the second day of the trial. “I was effectively given a life sentence without parole.”

Mr. Musk and his lawyers argued that Mr. Unsworth was not appreciably harmed by the post, which Mr. Musk deleted shortly afterward with an explanation that it had been written “in anger.” Specifically, a lawyer for Mr. Musk pointed in court to a photograph of Mr. Unsworth standing next to the British prime minister at a ceremony, as well as video of the explorer smiling and celebrating the rescue.

It was not the only time that Mr. Musk’s posts on Twitter have created problems for him. Also last year, he was replaced as chairman of Tesla’s board as part of a settlement with the Securities and Exchange Commission over a tweet in which he said the company had “funding secured” to take the company private. He later explained in a blog post that he had mistakenly believed such a deal to be closer to completion than was really the case.

Even after deleting the tweet about Mr. Unsworth, Mr. Musk did not let the dispute go, later telling BuzzFeed News in an email that Mr. Unsworth was a “child rapist,” an assertion offered without evidence. The accusation was based on information from a man he had hired who claimed to be a private investigator and, it turned out, had been convicted of fraud in Britain.

While that story was brought up in the trial, the judge overseeing the case, Stephen Wilson, instructed the jury that it was not the subject of the case.

On the witness stand this week, Mr. Musk apologized for using the term in the first place and drawing attention away from the ultimately successful effort to save the children.

“It should’ve just been, ‘Here’s a rescue, and that’s great,’” he testified.

Asus and Samsung roll out the first Chromebooks with Intel’s Project Athena certification
Signs of a global economic recovery in the second half are emerging
How to remove the password from your iPad in 4 simple steps
Sony's venture arm is 'optimistic' about Europe's tech sector and thinks it can rival the US
Category: Business
Tags: Business News, Business Updates