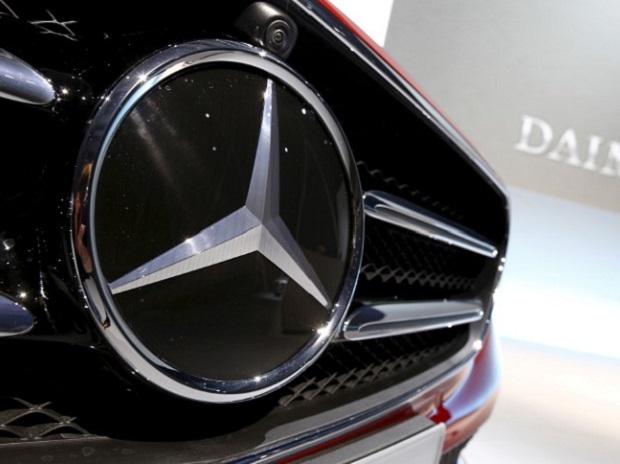 
After a humbling setback in 2010, when arch-rival BMW stole a march on it and pushed it to second position, Mercedes-Benz India is firmly entrenched as king of the hill for the fifth year running on account of its growing sales and product strategy, which carved out a family of products for younger buyers worldwide.


Now, the company is looking to pivot its strength on a family of electric vehicles called “EQ”, which stands for Emotional Intelligence and will roll out in India.

The first one will be a sporty SUV called the EQC, which is priced at around Rs 1 crore and will come to the market in April.


Mercedes-Benz India Managing Director and Chief Executive Officer Martin Schwenk says that internationally there are around 10 EQ cars, most of which, if not all, will be brought into the Indian market.


The range of cars, which are purely electric, is separate from hybrid vehicles that Daimler makes worldwide and the latter will not be brought into the market because of the absence of a low goods and services tax for such vehicles and little road-tax benefit, Schwenk says.


For Mercedes-Benz, its parent company’s stated that according to its “Vision 2039”, by 2039 all of its cars will be carbon dioxide neutral-operated and to get there, by 2025 it will have to have at least 25 per cent purely electric cars, and by 2039 at least 50 per cent of its cars pure electric and hybrid.


Suraj Ghosh, principal analyst (powertrain forecast), IHS Markit, says that unlike in the Scandinavian countries, where cars like Tesla are giving other brands a real run for their money, in India they (electric luxury cars) will have a semi-halo status that will serve to demonstrate technical and engineering capability against generating serious unit volumes. “However, such products do show is that an OEM (original equipment manufacturer) takes the Indian market seriously, as of now,” Ghosh says.


Daimler’s big pillar is “sustainable luxury” but Schwenk says that for a while to come fossil fuels are not going.


In the medium term electric cars will add a category that may drive volumes for the firm but, meanwhile, Mercedes-Benz, like BMW, Audi, and Jaguar-Land Rover, is grappling with the challenge of a very small luxury auto market that hasn’t kept pace with the economy’s growth. With the above four mentioned brands, the volumes annually are at 50,000 units or fewer.


Mercedes-Benz last year logged sales of 13,800 cars, which is small compared to the volumes it does in other countries. By contrast in Thailand Mercedes-Benz sold almost 15,000 cars in 2018, translating into half the luxury market, or almost the same as what the Indian market retails, according to auto dealer periodical Wards Auto.


An analyst says the niche has been under pressure in India and not grown as expected for multiple reasons including high duties, which range from 50 to 100 per cent or higher, depending on the car engine size and type; an infrastructure that isn’t entirely supportive of high-performance cars; and high maintenance costs compared to other vehicles.


Even so, there is a belief India has huge potential. “That’s what we believe, that’s what Stuttgart (Mercedes headquarters) believes, and that’s also what our competitors believe,” Schwenk says, adding there is a shift towards younger buyers for his cars. “Our average buyer is around 40 years old.” “We do see committed development in infrastructure such as roads and highways as well as enforcement principles with road and traffic safety regulations getting better, which are positive indicators,” he adds.


The company in the upcoming future will be refreshing several of its cars and UVs along with new cars. “This year will see one the highest launches ever from us,” he adds.


Mercedes-Benz’s dealer network has remained stable with minimal losses in outlets or dealers and sells its cars in 47 cities through 95 outlets operated by 25 dealerships.


“The thing about Mercedes-Benz is that our franchise offers a profitable business,” Schwenk says.