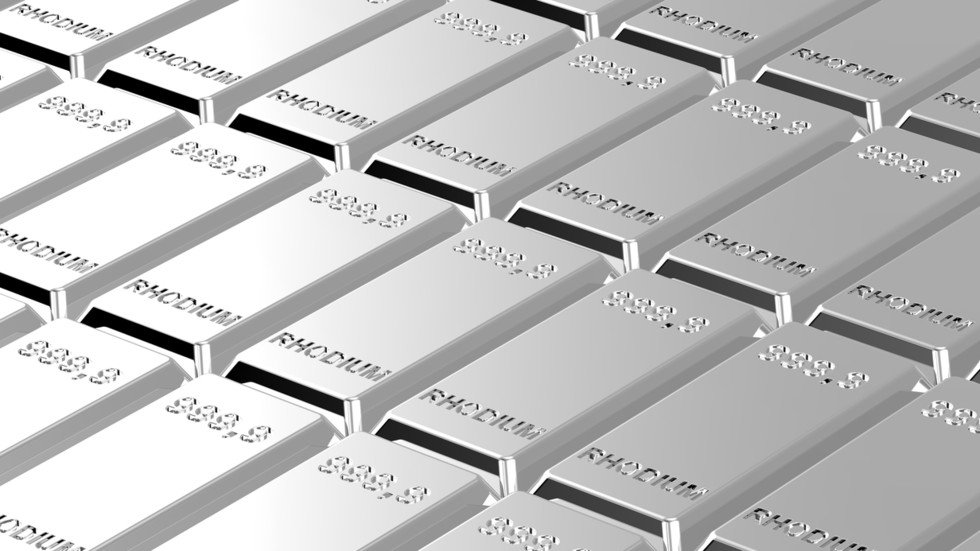 The extremely rare, silvery-colored metal rhodium has extended its multi year growth, surging 32 percent so far this month and touching the highest mark since 2008.

The metal which is mainly used in autocatalysts for cars has risen 225 percent year on year. It has rallied 12-fold in the past four years, far outperforming all major commodities, on rising demand from the car sector.

“Rhodium is subject to crazy volatility,” Anton Berlin, head of analysis and market development at Russia’s Norilsk Nickel, told Bloomberg. The Russian company mines about 10 percent of all rhodium.

Tightening automotive emission standards have also been driving the price growth. The metal hit $8,000 an ounce on Friday, according to chemicals company Johnson Matthey. Some commodity analysts and traders say the metal could top the record $10,000 mark set in 2008.

“The main driver by the beginning of January was physical demand from Asia, which might be also automotive related,” said Andreas Daniel, a trader at refiner Heraeus Holding. “Buying triggered more buying and in an unregulated market the effect was massive, with a price move which is only seen maybe every 10 years,” he explained.

It is much harder to invest in rhodium than in other precious metals while it isn’t traded on exchanges. Rhodium market is considered to be very limited, with most deals made between suppliers and industrial users.

Rhodium which is mined as a byproduct of platinum and nickel is the most expensive metal. To give you the big picture, one ton of the Earth’s crust contains about 0.001g of this metal. Rhodium has a high melting point and an amazing ability to withstand corrosion. The metal is commonly used for its reflective properties in items such as mirrors, searchlights and jewelry. It is valuable within the automotive industry as a critical ingredient in auto catalytic converters. The metal is needed for both diesel and gas engines. The largest producers of rhodium are South Africa, Russia and Canada.