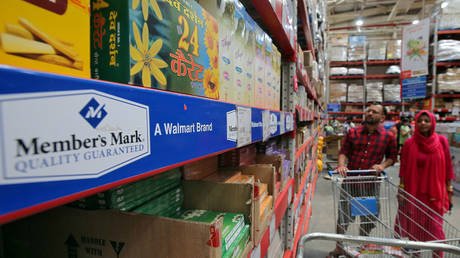 The world’s largest retailer, Walmart, has laid off about a third of the executives at its Indian headquarters in Gurgaon as it struggles to boost its business in the country.

The company fired a total of 56 people, including eight with senior management positions and others in middle and lower management, Krish Iyer, the president and CEO of Walmart India, said in a statement released to the media on Monday. The cuts reportedly amount to around one percent of the total staff working for the company in India.

“We are also looking for ways to operate more efficiently, which requires us to review our corporate structure to ensure that we are organized in the right way,” he said, adding that all the dismissed employees will be offered enhanced severance benefits and outplacement services.

An earlier report claimed that a second wave of dismissals is expected in April as the company may leave the wholesale segment in the country as it has failed to turn a profit. Walmart rebuffed the claims as “baseless and incorrect,” adding that its sales in the country rose 22 percent in 2019. The rise in sales, however, does not automatically mean that it did not sustain losses.

The move could be explained by the company’s plans to switch to e-commerce rather than physical stores, the opening of which could be slowed down, Reuters reported citing its sources. However, Iyer said the retailer wants to develop the stores as well.

“We have recently made significant investments to serve our members better and will continue to do so. This includes investments in our brick-and-mortar stores as well as e-commerce.”


Meanwhile, a Walmart subsidiary in South Africa, Massmart Holdings, is considering closing up to 34 stores as part of an optimization scheme which could lead to up to 1,440 job losses. It has already started consultations with unions and other shareholders on the matter.