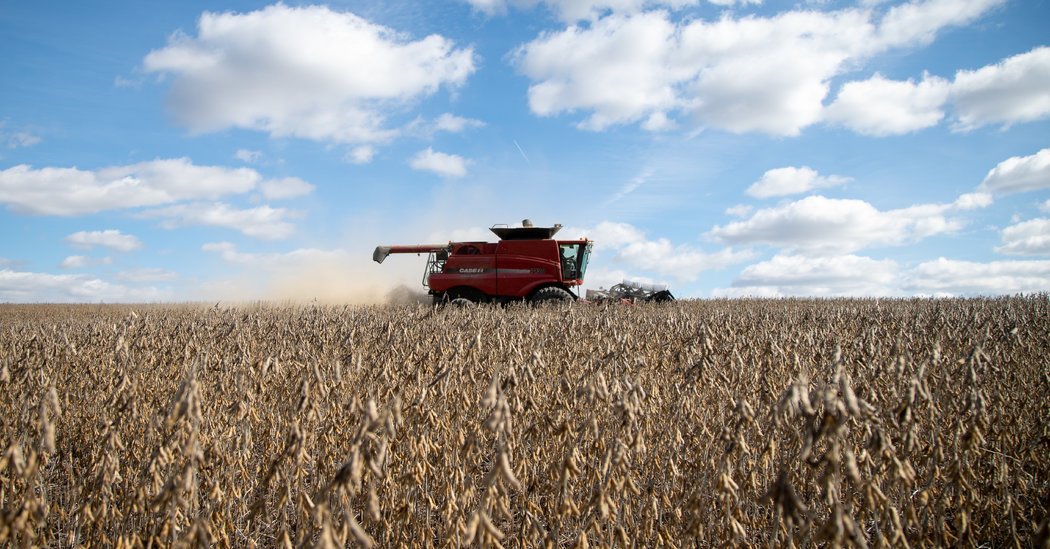 BEIJING — President Trump and China say their new trade pact is just the beginning of a fresh relationship between the world’s two biggest economies. Future deals will make China a better trading partner, the White House says. Beijing claims to foresee an end to American tariffs and the punishing trade war.

They are probably both wrong.

Wednesday’s partial trade pact, portrayed by both sides as a temporary truce, may be the lasting legacy of more than two years of economic conflict. It could ensure that American purchases of Chinese goods, already tumbling, will fall even more. And rather than heal the relationship, it could drive the two economic titans further apart, transforming how global business is done.

The deal signed on Wednesday by Mr. Trump and Vice Premier Liu He, China’s top trade negotiator, cuts a few of the American tariffs imposed over the past two years on Chinese-made goods and forestalls even more. It commits China to buying $200 billion more in American grain, pork, jetliners, industrial equipment and other goods over two years. It requires China to open further its financial markets and protect American technology and brands, while setting up a forum for the two sides to argue about their differences.

What it does not do is tackle the root causes of the trade war. The deal leaves untouched Beijing’s subsidies for homegrown industries and its firm control over crucial levers of its hard-charging economy. The deal also keeps in place most of Mr. Trump’s tariffs on $360 billion worth of Chinese goods, a much heavier tax than Americans pay for products from practically anywhere else.

Solving those issues could take years. Already, the prospects of a quick second deal seem limited. Mr. Trump has said he might wait until after November’s election to finish what the two sides call a “phase two” deal.

Until then, American consumers and companies will continue to buy fewer goods from China. The Chinese government, for its part, will continue to seek customers elsewhere. The American-Chinese relationship, a major driver of global economic growth for decades, will weaken even more.

“The trade war has unleashed a set of structural forces that are likely to have a dampening effect on imports from China for some time to come,” said Eswar Prasad, a Cornell University economist who specializes in China.

Unforeseen circumstances could change all that. An economic slump could drive one or both of them back to the bargaining table. Mr. Trump has torn up trade deals before. Americans could elect a less trade-hawkish leader in November.

But so far, both countries have shown they are willing to take the economic hit. The American economy, job market and stock market have only improved since the trade war began nearly two years ago, though many question how long that can last. On the political front, many Democrats have pushed Mr. Trump to be harder, not softer, on trade with China.

In China, the trade war has been only one factor behind the slowing economy. Beijing seems comfortable with its ability to handle the problem.

In recent weeks, advisers to the Chinese government have emphasized discussion of steps Beijing can take — like helping the job market or finding new trading partners elsewhere — instead of the steps that it can’t. Even as China’s exports to the United States have plunged, its sales elsewhere, particularly to poor countries, have stayed strong. Beijing has looked hard in recent months to open even more markets.

Also, complaining about the deal could make China look weak, an unpalatable position in a country where the Communist Party portrays itself as the savior from a century of humiliation by foreign powers.

Chinese state media and economists on Thursday welcomed the agreement as a respite for what has been two years of almost unrelenting focus on the trade issue by the government and many in the general public. Wednesday’s pact “will provide at least a truce in the trade war,” said He Weiwen, a prominent Chinese trade economist and former Commerce Ministry official.

Even within Wednesday’s deal, China has negotiated itself an out when it comes to its commitment to purchase $200 billion more in American goods. The agreement says that actual purchases must be “based on commercial considerations,” meaning China could still object to price and terms.

The pact showed that China could not be bullied and that the United States “is learning to live with China and accept China on its own terms,” said Andy Mok, a geopolitics and trade specialist at the Center for China and Globalization, a Beijing research institute.

Chinese officials have not been intransigent. In recent months, even before they signed the trade pact, they loosened government limits on foreign companies in the auto and financial industries and pledged to outlaw efforts by Chinese companies to force foreign partners to give up their most sensitive trade secrets.

On the major issue of government support and control of the economy, however, Beijing has hung tough.

The Trump administration and American companies have complained that China unfairly uses the government’s vast coffers to build up industries that will directly compete with established players in the West. China downplayed those efforts in recent years as trade tensions rose.

Now China appears to be less shy about its efforts. Early in the trade war, Xi Jinping, China’s top leader, publicly visited a Chinese semiconductor business, an industry that Beijing has showered with subsidies, to show his support. New data shows that China has ramped up its Belt and Road Initiative, a Beijing-driven plan to finance and build highways, telecom networks and other infrastructure throughout the developing world, clearing the way for more Chinese exports.

The price of China’s tough stance is the reordering of the global supply chains that its factories have long fed. Companies had kept them in China even as wages and other costs surged over the past decade.

The trade war has broken that inertia, and many businesses have started moving their supply chains elsewhere to avoid new tariffs or the prospect of still more. In November, Chinese exports to the United States fell by more than one-fifth compared with a year earlier. Exports to the United States now account for just 4 percent of the Chinese economy.

“This was the shock, the impetus to get people in motion,” said Ker Gibbs, the president of the American Chamber of Commerce in Shanghai.

That should please Mr. Trump, who has long complained about the more than $320 billion annual gap between what the United States buys from China and what it sells to China.

It does not mean jobs that left for China over the past two decades will return to the United States, however. High costs for labor and regulatory compliance in the United States, together with persistent shortages of skilled labor, have made most multinationals leery of shifting manufacturing back to the United States. The big winners instead appear to be American allies like Vietnam, Taiwan, Indonesia and possibly India, all of which are welcoming floods of multinational executives on the hunt for alternatives to China.

Even if the two sides came to the table with new concessions, trade deals are difficult to complete. Wednesday’s pact followed more than two years of stop-and-start negotiations. Major pacts like the North American Free Trade Agreement among the United States, Mexico and Canada took even longer.

The longer that goes, the further apart the countries will drift economically.

Without the trade war, the United States probably would have been on track to buy $550 billion or more of Chinese goods this year, said Brad Setser, an economist who has specialized in Chinese data first as a Treasury official in the Obama administration and now at the Council on Foreign Relations in New York. Even with Wednesday’s trade agreement, American imports from China this year are more likely to be around $400 billion, he said.

“Tariffs,” he said, “have clearly had a big impact.”