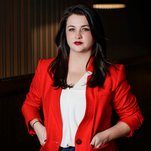 Home » News, Insights & Trends » Business World » The Iowa Reporter in the Middle of the 2020 Action

DES MOINES — Like many people in Iowa, Brianne Pfannenstiel has had campaign volunteers knocking on her front door. Unlike her neighbors, she must turn them away.

That is because Ms. Pfannenstiel, 31, has a unique job: chief politics reporter at The Des Moines Register, the biggest newspaper in a state whose first-in-the-nation nominating contests give it an outsize role in picking presidents.

She was once the self-described “weird kid” who, growing up in Lawrence, Kan., always wanted to be a journalist. Now, along with covering the candidates, Ms. Pfannenstiel has been selected as a moderator of Tuesday’s Democratic presidential debate, a prime-time production co-hosted by CNN and The Register. The first such forum of the election year will give millions of viewers a last long look at the contenders before the Iowa caucuses on Feb. 3.

In a state filled with handshaking candidates, their minions and local supporters, Ms. Pfannenstiel finds herself in the thick of the campaign even when she’s not reporting.

Despite an increasingly nationalized media landscape and the decline of local journalism, The Register and its top politics reporter are likely to continue playing a pivotal role in making sense of the presidential field as long as Iowa remains a proving ground.

“The whole presidential process starts there, the candidates tend to spend the most amount of time there and the access that particular reporter can have is pretty remarkable,” said John McCormick, a Register alumnus who covers politics for The Wall Street Journal.

An obsessive chronicler of all things caucuses, The Register grabs more than a dozen reporters from other beats and assigns them to front-runners and also-rans, a channeling of newsroom resources that begins long before Iowans gather to make their preferences known. As its politics editor, Rachel Stassen-Berger, put it on Twitter: “It’s been 2020 in Iowa for more than a year.”

The candidates reciprocate The Register’s interest. Even as reporters from larger news organizations fly in for a look, the paper serves as an important conduit to the voters who count most early in the campaign season.

“Sometimes the D.C. press focuses more on the horse race,” said David Kochel, a longtime Republican operative who was a strategist for Jeb Bush last time around. “At local outlets — The Des Moines Register, specifically — it’s usually easy to get policy and issues covered in a way that is away from the typical political-process angles.”

The Register’s endorsement will receive national coverage when it appears in the coming weeks. And its Iowa Poll, done in collaboration with CNN and Mediacom for the 2020 campaign, is the talk of the political cognoscenti whenever a new edition drops, as one did last Friday.

“They winnow the field,” Carol Hunter, the paper’s executive editor, said of the local citizens, “and I think they feel like they’re playing a role in the destiny of the nation.

Register reporters have gone on to cover politics at national outlets including The Associated Press, The Washington Post and The New York Times. Jeff Zeleny, the senior White House correspondent at CNN, and a former Times reporter, covered the 2000 caucuses for The Register.

“The people you met stayed on as sources,” Mr. Zeleny said.

And The Register’s coverage is read all around the country — not just on the internet, where its site is available through a special subscription geared to politics junkies, but in the print editions of other Gannett papers, a category that doubled to more than 260 dailies across 47 states in November, when Gannett merged with the parent company of GateHouse Media.

Such consolidation, along with the industry trends prompting it, has caused worry at Gannett publications such as The Register, which has its roots in a paper that was started in an abandoned log cabin in 1849. The daily, which was sold to Gannett for $165 million in 1985, has won more than a dozen Pulitzer Prizes in its history.

The newsroom head count of 65 represents a decline, part of what the Pew Research Center has identified as a 25 percent cut in newsroom employment from 2008 to 2018. Print circulation, the traditional profit center for newspapers, has also shrunk. The Register’s weekday circulation, which peaked at roughly 250,000 in the 1960s, has fallen below 60,000, according to the Alliance for Audited Media.

“Despite its reduced circumstances and circulation, they devote a huge piece of their news hole and staff resources to this,” said David Yepsen, who spent 34 years at The Register, working as its chief political reporter, political editor and columnist. “It’s still The Register.”

The day before the caucuses will mark Ms. Pfannenstiel’s fifth anniversary at the paper. Previously, she covered the statehouse, whose golden dome is easily spotted from The Register’s downtown headquarters across the Des Moines River.

She started at The Kansas City Star, where, months after her graduation from the University of Kansas in 2010, she covered the midterm election of 2010. In 2015, her first year at The Register, she was assigned to cover Scott Walker, then the Wisconsin governor. After he dropped out of the presidential race, her main quarry was Donald J. Trump. She was not credentialed for his events: The Trump campaign blacklisted The Register after it published an editorial criticizing him for focusing more “on promoting himself, and his brand, than in addressing the problems facing the nation” and urging him to drop out.

Ms. Pfannenstiel said she did not expect to ascend quickly to the chief politics role, a job held by Jennifer Jacobs through the 2016 caucuses. But then Ms. Jacobs departed for Bloomberg, and her successor, Jason Noble, left to work in politics. (He is now Senator Elizabeth Warren’s Iowa communications director.)

“This opened up a lot faster than I anticipated,” she said. “This is probably true of a lot of women — a lot of people. You kind of have impostor syndrome and say, ‘Am I ready for this? There’s this long history, and can I live up to that?’”

Ms. Pfannenstiel said she was roughly 45 counties into a “full Grassley” — a term named after the state’s senior senator, Chuck Grassley, for visiting all of the state’s 99 counties. Her total, illustrated on a map posted at her desk, would be greater if she and the Register columnist Courtney Crowder had not set a strict rule requiring that their reporting from a county be published for it to count.

Ms. Pfannenstiel’s coverage has ranged from political scuttlebutt, like last winter’s list of the “50 Most Wanted” Democratic operatives, to wonky analysis of how new rules governing the caucuses could anoint multiple “winners.” She has also produced illuminating features, like a look back at a 1979 strike that helped explain the political trajectory of Clinton County, one of 31 Iowa counties that voted twice for Barack Obama before swinging to Mr. Trump.

In less than a month, after Iowans gather to hash it out, the race will move on to New Hampshire and beyond, and Ms. Pfannenstiel, like her predecessors, will have to accustom herself to a sudden quiet.

She has contemplated how calm the newsroom would become during the quadrennial stampede should Iowa lose its first-in-the-nation status in deference to critics who have bemoaned the premium given to a largely white and rural state with a byzantine system for awarding its delegates.

“It does feel that, culturally, the Democratic Party is moving more toward diversity and inclusion, and that the caucuses may not ultimately be able to accommodate that vision,” she said. “Democrats here won’t go on the record talking about how concerned they are, but I think there is a real concern that this is the hardest fight they’ve had.”

For now, she has reconciled herself to the normalcy that will return once the candidates, canvassers and cameras have disappeared.

“The circus is going to pick up and move on,” she said. “But we’re still going to be here.”

A Lafite From China? This $300 Wine Is the Real Thing
Target is the best name in retail and can survive a downturn, says Cowen
China trade talks set to resume Oct. 10
Trump administration clears the way for Turkey sanctions: 'We can shut down the Turkish economy'
Category: Business World
Tags: Business News, Business Updates, CNN, Des Moines Register, News and News Media, Pfannenstiel, Brianne, Presidential Election of 2020, Primaries and Caucuses