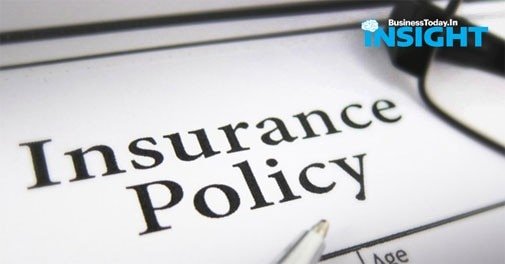 Unit-linked insurance plan (ULIP) is a product by life insurance companies that offers a combination of insurance and investment. This makes ULIP a goal protection product as it helps you invest for a life goal and at the same time makes sure that the goal is achieved in both cases – when you survive the policy period or when you are no longer around.

ULIPs in past had earned bad reputation owing to heavy charges. However, relentless push by the regulator IRDA has helped reduce charges significantly. In order to make the product competitive, especially with regards to ELSS, a good number of Insurance companies have launched fourth-generation ULIP that has no policy allocation or policy administration charges. Fund management charge is comparable with that of the ELSS.

Since a ULIP plan has an investment component along with the insurance coverage, part of the premium is used for life cover and expenses such as fund management charges, while the remainder is invested in equity, debt or hybrid (mix of both debt and equity) funds depending on the type of the ULIP you opt for. You may switch among the funds if you think your fund has not been doing well, but if you surrender the policy before five years, you’ll be charged Rs 6000 because ULIPs come with a lock-in period of five years. After five years, you can either withdraw funds partially or completely to foreclose your policy. However, experts advise to stay invested for at least 10-15 years to earn attractive yields on your investments. So, only those with a long-term horizon and confident of paying premiums for the entire policy tenure should go for it.

At the end of the policy term, the life cover, that is, the sum assured, ceases to exist and you will only receive the fund value as maturity benefit. Upon maturity of the policy, besides the lump sum payout you also have to option to choose regular payout such as monthly, quarterly, half-yearly or annually.

Some insurers offer loyalty additions to the investor if they are in the fund for a longer period of time – usually 10 years and more. “Such additions can be paid either as a percentage of the sum insured or a percentage of the fund value,” says Vivek Jain, Head-Investments (Life Insurance), PolicyBazaar.com.

Going by the product structure and charges, ULIPs appear to be expensive. However, most 4G ULIPs have done away with most of the charges. The cost structure varies depending on the insurer and the type of the ULIP. The common fees and charges are as follows:

Premium Allocation Charge: A good chunk of premiums paid in initial years goes into initial and renewal charges along with the agent’s commission. However, many 4G ULIPs have done away with it. You should make sure to check this before you buy a ULIP.

Mortality charges: It covers the cost of life insurance. It depends on age and sum assured and are deducted on a monthly basis. As your investment grows, the value at risk comes down for the insurer and hence the mortality charge gradually comes down.

Fund management charges (FMC): The insurer charges it for managing funds in the ULIP. “It is deducted before arriving at the Net Asset Value and is adjusted from NAV on a daily basis. The maximum FMC allowed is 1.35 per cent of the fund value each year and is charged daily, says CS Sudheer, CEO and Founder of IndianMoney.com. As a result, FMCs of these new-age ULIPs have become comparable to the ELSS.

Policy administration charges: This is levied for the administration of the policy and charged on a monthly basis. Most new-age ULIPs have not been levying this charge, so check it once with the insurer before buying the policy.

Fund switching charges: A limited number of free fund switches are available, but Rs 100-200 may be charged on subsequent switches, says Sudheer.

Key riders that you must know

Waiver of premium upon death: With this rider on a ULIP plan, the policyholder can ensure that the insurance amount is used only for the long-term purpose that it was initially bought for. “The future premiums are waived off and are paid by the insurer itself along with a lump sum payment at the time of death. Also, the entire corpus built over the years is paid to the nominee at the completion of the policy term. This feature can be beneficial for people wanting to leave safety net corpus for their children,” says Jain, of PolicyBazaar.com.

Waiver of premium rider is also applicable in case of permanent disability, an accident or inability to work due to a critical illness. It ensures that all future premiums towards your ULIP get waived, and your investment and life cover continue unhindered.

Is ULIP better than term and endowment?

The three plans are not comparable as all have different features and objectives. The decision as to which one to buy should be taken on the basis of an individual’s portfolio and her needs and income level. The crux is to get enough life cover. “Typically, a ULIP provides a max cover of 20 times of the annual premium paid. So, a person looking to have a cover of Rs 1 crore, will have to pay Rs 5 lakh as annual premium under ULIPs, whereas a term plan may be 1/10th of this amount, says Arvind Rao, founder of Arvind Rao & Associates and a Sebi-registered investment adviser. Endowment plans also have an investment component to it, but the investment is non-equity linked.

“ULIP is exposed to the market, and since premiums paid are divided into various charges, it makes ULIP costlier than term and endowment plans. However, each plan is meant to fulfil different financial goals of an investor. It is advisable to understand the investor’s goal and current portfolio instead of deciding only on the basis of premiums,” says Rakesh Goyal, Director, Probus Insurance Broker.

Is ULIP better than mutual funds and ELSS?

One advantage that ULIPs have over mutual funds and ELSS is tax exemption on the maturity amount of the fund value. In MFs and ELSS, if your profits cross Rs 1 lakh in aggregate terms in the long-term (after a year), you have to pay long-term capitals gains tax of 10 per cent. However, in ULIPs, the death benefit is tax-free and maturity payouts are tax exempted under section 10(10D) of the Income Tax Act. As for premiums paid in ULIPs and investments in ELSS are concerned, both are eligible for section 80-C tax deductions.

Who should go for ULIPs?

ULIPs were the most mis-sold insurance product before the reforms in September 2010 took place because insurance agents used to earn heavy front-load commission on selling these policies.  It was sold as an insurance-cum-investment product, but neither did it offer good returns as people were not aware of the long-term holding nature of the product nor the life cover was adequate. “The industry average was 10 times the premium as the sum assured. Sadly, many ULIPs only gave up to five times the premium as the sum assured,” says Sudheer of Indianmoney.com. In September 2010, the IRDA came out with a series of amendments, the most important being capping the annualised ULIP charges at 2.25 per cent for the first 10 years of holding.

In 2015, more changes took place. “The fund management charges were capped at 1.35 per cent a year. Limits were also fixed on premium allocation charges, mortality charges and on the commission insurance agents earned on ULIPs,” says Sudheer.

In order to avoid mis-selling and give investors a conservative idea of the investment, charges and maturity value, IRDA also mandated that life insurers offer a benefit illustration on ULIPs. It gives an idea on how the premium is invested, charges deducted and how the fund value grows. “Based on the benefit illustration the underlying assumption of the gross investment returns currently stand at 4 per cent to 8 per cent,” adds Sudheer.

Investors can also use a combination of term plan and ELSS to get the combined benefit that ULIPs offer. However, ULIP as a single product saves much of operational efforts.  “The online or 4G ULIPs have very low or no charges at all. Premium allocation and policy administration charges are typically zero. The fund management charges are also capped at 1.35 per cent and range between 1-1.35 per cent. Many companies now offer ROMC (return of mortality charge) feature as well, which is charged for the life cover in the plans,” says Jain of PolicyBazaar.com.

In fact, a few low-cost ULIP, which can be bought online these days, have less than 1 per cent charges, says Goyal of Probus Insurance Broker. Besides, ULIP also lets you invest in an asset mix of debt and equity at one place and offers flexibility to make switches during different market movements. Therefore, it is difficult to make a passing judgement as to which category is better. Based on your need and convenience, you can take the final call.

ALSO READ:BT Insight: All that you must know about term insurance policies