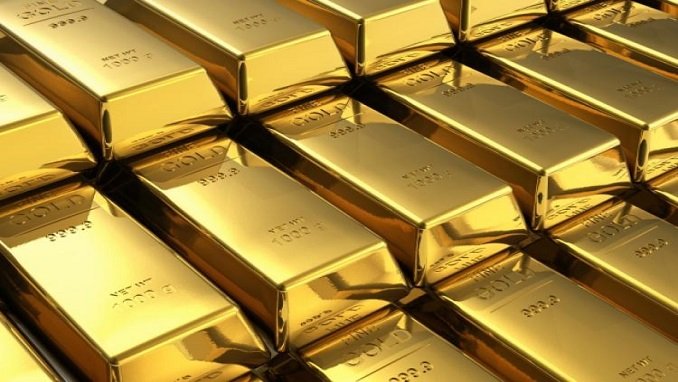 The world’s biggest buyer of gold, the Bank of Russia, is losing interest in the precious metal, analysts told Bloomberg.

After spending an estimated $40 billion on the precious metal in the past five years, the central bank is starting to rein in spending  – it bought 149 tons of gold in the first 11 months of 2019, 44% less than the year before. Annual purchases are expected to be the lowest in six years.

Analysts say that the regulator has maxed out the proportion of gold it wants to keep in reserve. They also view the threat of U.S. sanctions and the need for a buffer against economic shocks diminishing as issues like the annexation of Crimea, election interference and the poisoning of a former Russian spy on British soil fade from public conversation.

“To be sure, even at these lower levels, Russia is still buying a lot of gold and ranks at the top of the biggest purchasers,” Bloomberg writes. The country owns 2,262 tons of the precious metal, worth $106 billion, and stores some in vaults at the central bank in Moscow.

The country’s relentless gold buying in recent years has been a key pillar of support, putting a floor under the market as investors ditched havens and bought riskier, higher-yielding assets.

“Now, as bullion scales a six-year high, the key question is whether Russia’s decision to tap the brakes will hurt gold demand and prices, or buyers will come in from elsewhere,” the news outlet writes.

“If gold is protection against the toughest sanctions, then it’s logical to assume that there’s no need to buy gold in such volumes anymore,” said Denis Poryvay, an analyst at Raiffeisenbank in Moscow.

Russia increased its gold reserves fivefold since 2007 and bullion now makes up about 20% of total reserves, the highest share since 2000.

The proportion of gold relative to other assets held by Russia’s central bank should stabilize, said Sofya Donets, an economist at Renaissance Capital in Moscow. She expects purchases to continue but at a slower pace.

The slowdown does change business for Russia’s gold producers and banks, who are selling gold overseas instead of relying on the central bank to be the main buyer. Bullion exports were 100.5 tons last year, compared with 16 tons in 2018, according to custom data.

It’s possible that future exports might come directly from mining companies. Polyus, Russia’s biggest gold producer, has said it expects the government to give licenses to miners that would allow them to freely sell gold overseas. Currently, only banks have that permission.