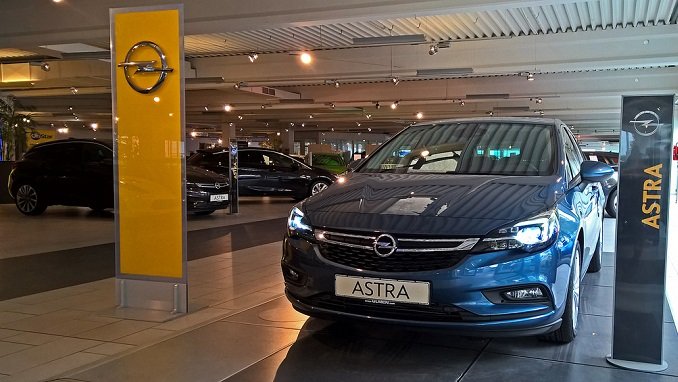 Opel intends to increase its share of the Russian car market to at least 5% in the midterm, Alexei Volodin, Vice President of Groupe PSA in Russia, told TASS in an interview.

“We in PSA believe that if you sell more than 5% on the market, then you are a major player. Therefore, our midterm ambitions for the Opel brand is to build the business in a way to hold at least 5% on the Russian automobile market,” the top manager said.

After being absent from the market for more than four years, Opel formally announced its restart in Russia in mid-December. Sales started with the imported Grandland X crossover and the Zafira Life minivan assembled in Kaluga. The brand is officially cooperating at present with eleven dealers in eight Russian cities.

A minor contraction of the Russian light and LCV market is expected this year, Volodin said, lining himself up with similar recent industry forecasts.

“I do not see preconditions for the market growth this year, unless there are certain macroeconomic factors, like, for example, the oil price hike and the increase and strengthening of the Russian ruble in its consequence, which will lead to real growth of the purchasing power of the population. If this macroeconomic factor is excluded, there will be a small downside, considering the price increase I expect in this year after the scrap fee increase and differentiation of production subsidies. It is difficult for me now to forecast its exact figure,” he added.

Opel will expand the model range in Russia from two to six automobiles, Volodin said.

“We have the product development plan for 2020, during which the Opel line in Russia will be significantly complemented. We will certainly not limit ourselves to two models [Zafira Life and Grandland X – TASS]. We plan to launch the production of Vivaro van at the end of the first quarter of 2020. Plans for this year are to launch up to three models more on the Russian market. That is, if we succeed, the Opel line in Russia will be represented by six models,” Volodin said, without naming specific models.

The executive added that Opel is ready to include electric cars in the model range in Russia if there is adequate government support for the development of this type of transport.

“In a number of European countries, the popularization of electric vehicles is actively promoted by the state: owners of electric cars are provided with subsidies, benefits and preferences, the ecosystem is actively developing. In Russia, we do not see yet such an active position of the state in the direction of electric vehicles,” he said. “But if the state clearly says that electric transport is our future, let’s focus on it, we are technologically ready,” Volodin added.