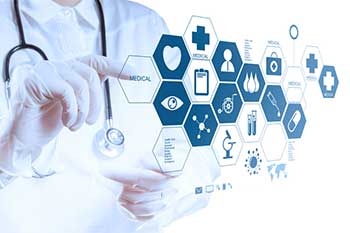 Home » News, Insights & Trends » Eventure » IOT Internet of Things—Connecting You and Your Devices

The Internet of Things is gaining momentum, thanks largely in part, to the Qualcomm-driven AllSeen Alliance. The AllSeen Alliance, sparked by Qualcomm’s AllJoyn technology, is dedicated to bridging older industrial standards into the new world where everything is connected through a network of physical objects embedded with software, sensors and connectivity. The rise of IOT creates an opportunity to measure, collect and analyze an enormous amount of data that will sculpt the evolution of many industries.

Applications of IOT to our medical and healthcare systems have the ability to completely change the way patients and doctors interact. Health monitoring devices such as blood pressure and heart rate monitors will have the ability to sync with the manufacturer to ensure calibration and proper operation. More advanced devices such as specialized implants, pacemakers, hearing aids and prosthetics, will all have the ability to sense and communicate remotely for optimum performance and minimize risks of failure. Remote health monitoring and emergency notification systems will have the ability to prevent heart attacks and strokes based on sensor feedback. More and more end-to-end health monitoring IOT platforms are emerging in the medical sector. Driven by cost-effectiveness and personalization, Doctors see the IOT as a way to help them better connect with their patients. By providing medical professionals with more data, diagnosis and monitoring will increase positive outcomes of medical treatment. 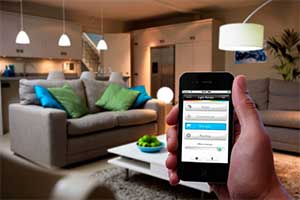 Home automation systems are also seeing big advancements from IOT applications. Google owned, Nest Labs, was the first to introduce a smart thermostat, and most recently the Nest Protect, a smoke and carbon monoxide detector. They’ve also launched their own IOT initiative called Works With Nest, which pairs Nest products with third-party brands such as Whirlpool and mercedes-benz. Apple has joined in on the home invasion as well with the launch of their HomeKit SDK. HomeKit enabled products are just starting to roll out and many of them have Siri voice recognition integrated. Home security systems have seen advancements as well, including Dropcam, another Google owned company, in addition to the new Nest Cam. 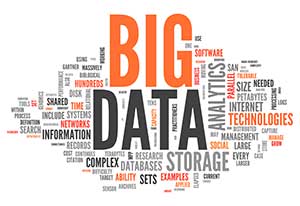 Make no mistake about it, the Media and Big-Data are in a committed relationship. Traditional approaches of using specific media environments such as newspapers, magazines and television shows are no longer effective means of targeting customers. Big-Media sees Big-Data as the way to circumvent failing media outlets and instead leverage connected devices and the information they gather, to better target consumers. Big-Data and the IOT work in conjunction. From a media perspective, data is the key derivative of device inter connectivity. The wealth of data generated by this emerging industry will allow practioners in advertising and media to gain an upper hand on the present targeting mechanisms currently utilized.

Internet of Things is the next stage of the information revolution, and the inter-connectivity of everything from transportation to medical devices to household appliances are positioned to change our lives for the better. One of the biggest challenges will be protecting company and consumer data. Much of the IOT-based applications depend on access to consumer data, including data collected passively from customers’ behavior. This practice is already occurring with our smartphones and the apps and games we use. Every IOT sensor is a potential entry point for hackers which can cause serious security issues in our home and businesses. Not only is information at risk of being hacked, stolen and used in violation of how it was gathered, but other potential risks create an even bigger threat. Companies will need to build more advanced security capabilities and insure that the Internet of Things isn’t eclipsed by the Internet of hackers.