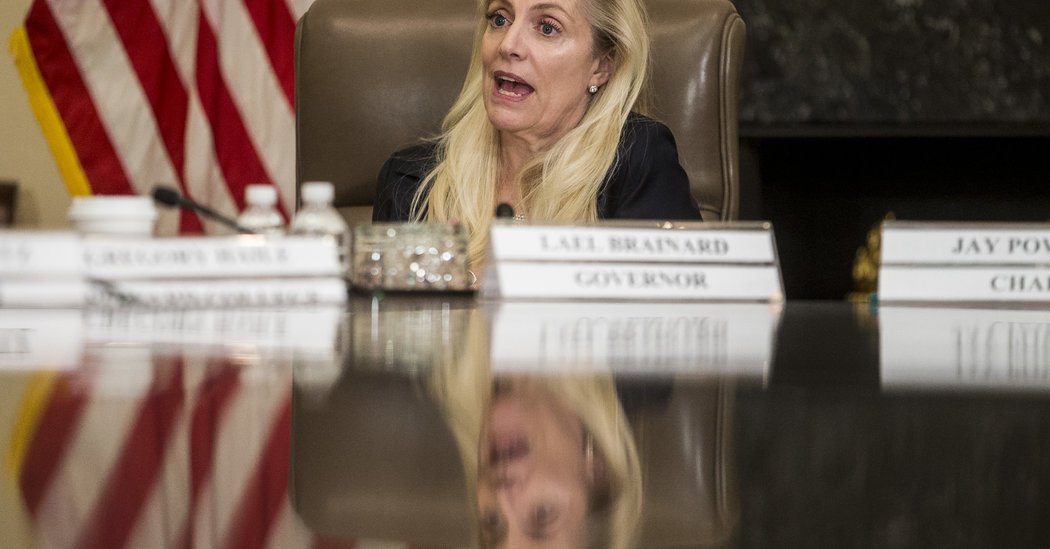 WASHINGTON — A Federal Reserve governor on Wednesday outlined the central bank’s approach for rewriting rules that govern lending to poor communities, laying out a plan that differs significantly from one floated by fellow industry overseers last month.

The Office of the Comptroller of the Currency and the Federal Deposit Insurance Corporation issued a joint proposal in December for the first major revamping of the 1977 Community Reinvestment Act in a quarter-century. The Fed, concerned about the changes and the rushed process, declined to sign on.

Instead, a Fed governor, Lael Brainard, set out the institution’s own alternative — one that would explicitly prevent big banks from satisfying requirements simply by funding a few big-dollar projects, a point of concern that community groups have raised about the other regulators’ proposal. In a speech in Washington, Ms. Brainard voiced hope that the Fed’s design would be included alongside the one already aired, “in order to seek public comment on a range of options.”

She made a veiled allusion to the other agencies’ process, noting that “major updates to the C.R.A. regulations happen once every few decades.”

“So it is much more important to get reform right than to do it quickly,” she said.

Banks have long called the Community Reinvestment Act’s requirements, which mandate that they do some of their business in less wealthy areas, burdensome. Yet ignoring them is not an option. Banks that do not meet the requirements face heavy regulatory scrutiny and can have difficulty getting approval for mergers or expansions.

The F.D.I.C. and O.C.C.’s December proposal, which covers more than 200 pages, would give banks credit for making loans to hospitals and other large institutions that do not currently qualify. It would also allow banks to take credit for lending to relatively poor individuals, small businesses and borrowers in rural places even when they do not have a branch nearby.

The proposal would also do away with a detailed rubric for assessing banks’ activities, instead taking their total C.R.A.-related spending amounts as the starting point for evaluating their fulfillment of the law’s requirements. Regulators would then use other, smaller tests to determine whether each bank had met its overall requirement.

The Fed’s approach differs substantially. Retail banks would be evaluated under one test that would assess their record of providing loans and retail banking services in their area.

Larger banks would be evaluated under both a retail test, if they have retail activities, and a separate test, which would evaluate their record of providing community development loans, qualified investments and services.

“An approach that combines all activity together runs the risk of encouraging some institutions to meet expectations primarily through a few large community development loans or investments rather than meeting local needs,” Ms. Brainard warned.

She said it was hard to standardize the value of providing basic banking services, such as checking and savings accounts, to communities where they are hard to come by, as well as the value of things like small-business loans and partnerships with community groups. Those things can have different monetary values in different communities.

Ms. Brainard said the Fed wanted to “ensure that small-scale, high-impact community development activities are rewarded, along with a bank’s responsiveness to local needs and priorities.”

The central bank’s analysis was built on extensive data. The Fed’s research staff created a database based on more than 6,000 written public C.R.A. evaluations from a sample of some 3,700 banks of varying asset sizes, business models, geographic areas and bank regulators, Ms. Brainard said.

That is an outcome that regulators at the central bank hope to avoid.

“We continue to believe that a strong common set of interagency standards is the best outcome,” Ms. Brainard said. “By sharing our work publicly, we hope to solicit public input on a broader set of options for reform and find a way toward interagency agreement on the best approach.”