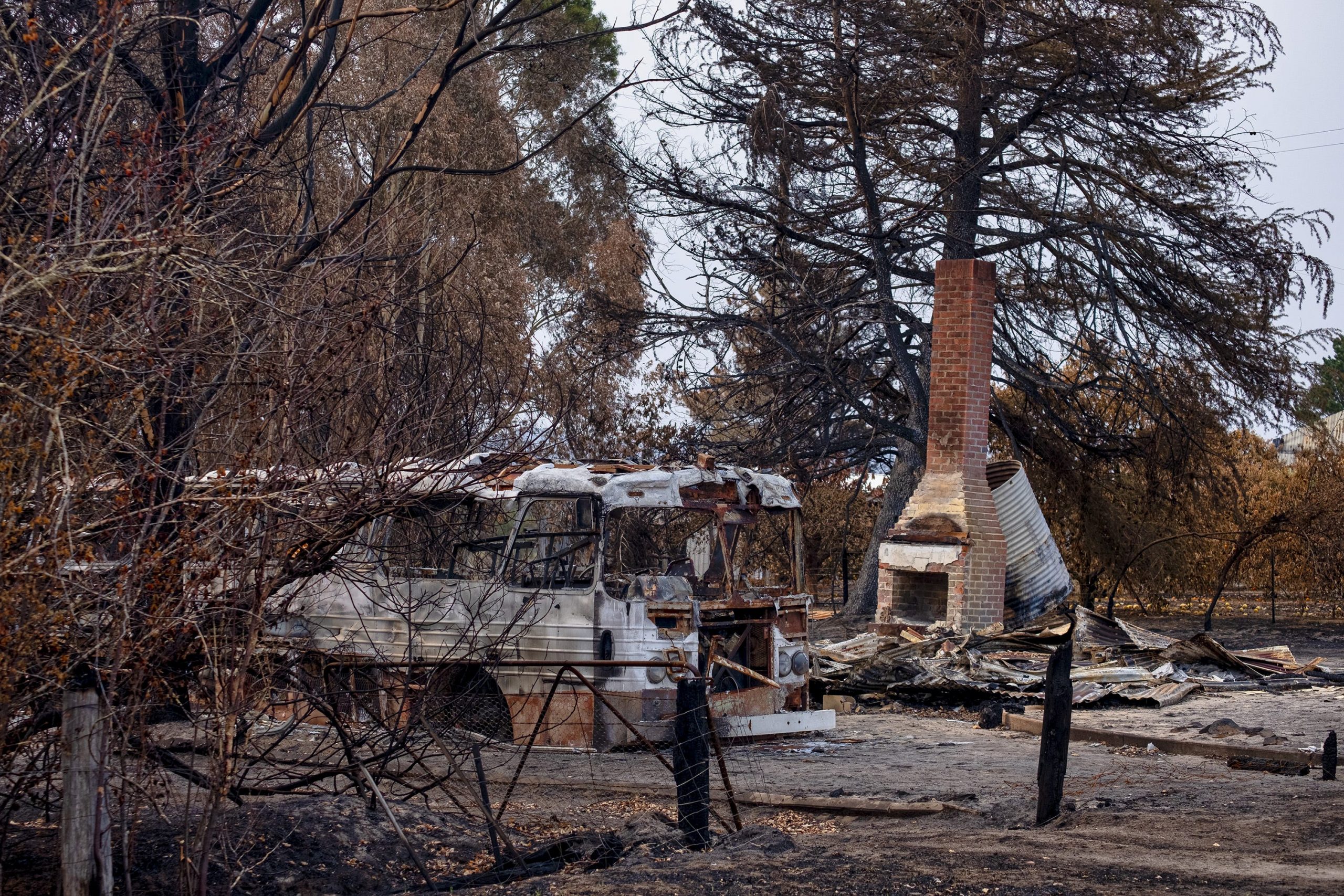 The evacuation order came hours after Prime Minister Scott Morrison urged foreign tourists, normally now flocking to the beaches in Australia’s summer, not to be put off by the historic fires.

“Australia is open, Australia is still a wonderful place to come and bring your family and enjoy your holidays,” Morrison said.

Victoria state Premier Daniel Andrews warned that temperatures were expected to spike Friday and that spot fires could break out. Conditions, he said, are likely to change unpredictably. The Bureau of Meteorology issued an “extreme” fire danger forecast for the north of the state on Friday.

“That’s why we’re again asking people in high-risk areas to leave ahead of time,” Andrews said. “I can’t stress this point enough. The fewer people we have there, the better for everyone.”

More than 70,000 people already have fled the most fire-prone areas in the last week, Andrews said.

Australia fires:How you can help the victims and animals of the Australian bushfires

The Rural Fire Service in neighboring New South Wales warned residents of several coastal towns that winds were likely to once again drive blazes toward the coast. Summer vacationers have been forced to flee beach towns in recent weeks, sometimes racing to beaches for rescue ahead of the flames.

In the state of South Australia, the towns of Parndana and Vivonne Bay were evacuated after a second major escalation in the Kangaroo Island bushfire. One day earlier, Morrison had said that  “a third of the island has obviously been decimated,” but that “two-thirds of it is open and ready for business.”

The Country Fire Service has estimated that up to one-third of the 1,700-square-mile island has been ravaged by flames.

Morrison, under political siege amid complaints he did too little, too late to combat the catastrophe, said Thursday his government will provide $1 million to each of 42 of the most severely bushfire-affected areas in the states of New South Wales, Victoria, South Australia and Queensland to help quickly rebuild vital infrastructure “and strengthen community resilience.”

Another $18 million will be set aside to provide additional support to larger council areas that are facing the most significant damage, he said.

The fires started burning in September, months before the normal December-March fire season. Morrison put the death toll at 27 and said more than 2,000 homes have burned across an area larger than the size of West Virginia.

The money will help to rebuild roads and infrastructure and employ staff to “hold events which bring the community together and bring tourists back to town,” Morrison said.

Long term, the National Bushfire Recovery Agency will provide more than $2 billion to aid in reconstruction. In New South Wales, which has seen of the worst blazes, the state government announced $1 billion recovery fund in addition to $231 million already provided to combat and cleanup after the fires.

“Times like this unite us and bring out the best in people,” New South Wales Premier Gladys Berejiklian said.

The U.S. is sending more than 150 firefighters and wildfire specialists to help Australian firefighters conquer the blazes.

“We’ve utilized their expertise in the past and welcome the opportunity to reciprocate,” U.S. Forest Service Fire Director Shawna Legarza said in a statement.