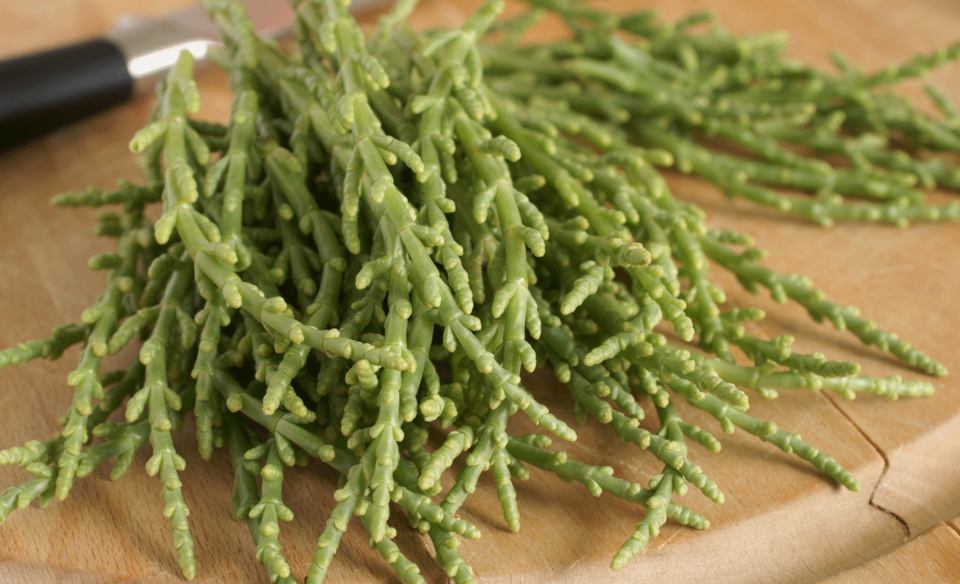 This article originally appeared in Ensia.

In southern Israel’s stifling heat, rows of salicornia, commonly known as sea asparagus or sea beans, grow under translucent tarps, planted into ground more sand than soil, irrigated with saltwater. This environment would kill most plants, but these segmented succulents look beautiful — green and healthy. In partnership with researchers at Ben Gurion University of the Negev, local farmers are exporting them to markets in nearby countries.

Sea beans taste like salty cucumber and grow wild in coastal areas around the globe. But in recent years researchers have begun to focus on them for agriculture, especially in dry coastal regions such as India, Israel, Turkey and the United Arab Emirates. These researchers’ efforts are defining what extremes the plant can withstand, its nutrient needs and how to get it to grow faster and with greater yield. As the planet warms and the seas rise, resilient crops such as sea beans might become climate saviors. But only if we are willing to eat them.

Climate change is already affecting our food supply. In a paper published this year, researchers calculated that the available calories from the world’s top 10 food crops were 1 percent less annually than they would have been without the impact of climate change. Surveys show the potential for drought tops people’s climate concerns worldwide, but when it comes to growing crops, says Hope Michelson, an assistant professor of agriculture and consumer economics at University of Illinois at Urbana-Champaign, “it’s not just the amount of rain” that matters. Crops are also sensitive to variations in how quickly that rain falls, high and low temperature extremes, the frequency and intensity of storms and the length and timing of growing periods.

Food crops that can withstand such conditions will be increasingly important, and much discussion around climate-friendly food focuses on consumer choices and what they mean for broader adoption of these crops. Essentially, there has to be a market for climate-resilient foods to have a significant impact. Consumers can vote with purchasing dollars to support farmers who grow foods that will persist in difficult conditions, and those that require fewer resources.

But outside factors, the food and beverage industries among them, exert influence over our choices. While data on adults is mixed, research shows that food marketing strongly influences children. A 2009 article in the Annual Review of Public Health found evidence “that television food advertising increases children’s preferences for the foods advertised and their requests to parents for those foods.” A more recent look at the data in The American Journal of Clinical Nutrition concluded, “Evidence to date shows that acute exposure to food advertising increases food intake in children but not in adults.”

Essentially, there has to be a market for climate-resilient foods to have a significant impact. Consumers can vote with purchasing dollars.

Federal, state and local governments shape our eating habits, too, through tax initiatives, zoning laws, food assistance programs, school lunch nutrition standards, research funding and more. Government policy, Michelson says, is very influential “with respect to agriculture and what people are growing and where they’re growing it.” Eli Wheat, a farmer and lecturer at the University of Washington’s Program on the Environment, also sees the outsized influence the government has on food production and choice. “The federal government is so deeply engaged in subsidizing food production in our nation that it basically is not allowing free market forces to act,” he says.

Still, while most researchers recognize the importance of large-scale actions, such as those by large companies and government regulations, to influence the food system, many emphasize that individual food choices also can have an impact.

“You can most definitely … make a movement with your pocketbook,” says Samantha Mosier, an assistant professor in the political science department at East Carolina University. She points to trends in soda consumption, which has declined significantly in recent years. “Some of this has been brought on by the millennial generation trying to be healthier and to avoid some of the pitfalls of our older generation,” Mosier says. Soda giants Coca-Cola and Pepsi are investing in lower sugar options such as kombucha, coconut water and sparkling water.

“When you think about land use and the predictions for climate change, much of it depends on consumer preferences,” says Christine Foyer, a professor of plant sciences at University of Birmingham in the United Kingdom. “People decide what they eat, and economics drives the crops which drives the science. Everybody matters.”

Environmentally sensitive eating often focuses on reducing meat consumption, and for good reason. “The environmental cost particularly of beef is enormous,” Foyer says. Last year in the journal Science, researchers estimated that globally, “[m]oving from current diets to a diet that excludes animal products has transformative potential, reducing food’s land use by (7.7 billion acres)” and greenhouse gas emissions by about 7.3 billion tons.

But plant-based choices matter too.

In the future, plants’ ability to withstand extreme conditions will become critical. Scientists are working to increase hardiness in today’s staple crops such as wheat and corn through gene editing, genetic engineering and traditional breeding to increase the efficiency of photosynthesis, reduce water requirements and resist pests. In China, for example, researchers have used CRISPR to develop a strain of wheat that resists powdery mildew, a damaging fungal growth predicted to worsen with climate change. Meanwhile in India, the International Crops Research Institute for Semi-Arid Tropics (ICRISAT) developed early-maturing groundnuts to help farmers harvest before drought. Farmers who adopted these varietals earned an additional $119 per 2.5 acres, according to the organization.

Scientists are working to increase hardiness in today’s staple crops such as wheat and corn … to increase the efficiency of photosynthesis, reduce water requirements and resist pests.

Another strategy is to find and cultivate crops already thriving in harsh environments and work to improve their attributes. A study published last year in Plant, Cell & Environment and co-authored by Foyer notes that environmental stresses such as extreme heat “are among the main causes for declining crop productivity worldwide leading to billions of dollars of annual losses.” Each region has different growing challenges. Some plants such as sea beans are salt tolerant, while edible cactus and millet can withstand severe temperature stress.

Foyer also points to legumes and pulses — which include fava beans, cowpeas, chickpeas and lentils — because “they have their own nitrogen fertilization,” reducing the need for fertilizers. Nitrogen-based fertilizers require energy to produce, can cause pollution and marine die-off when runoff enters streams and waterways, and may contribute to global warming as source of greenhouse gas emissions.

Yet another climate-friendly option is sea vegetables. Seaweeds such as kelp are farming powerhouses: high nutrition value; fast growing; and zero land use for growing. Not only that, but “when you grow kelp, you’re growing it in ocean water and [the kelp is] absorbing carbon dioxide,” Wheat says. “And when you suck up that carbon dioxide, you also change the pH and reduce the consequences of ocean acidification.”

Not all climate-resilient foods are new and unusual. Okra, mushrooms, sweet potatoes and pomegranates are all resilient choices in many regions. So, too are edible “weeds” such as dandelion and burdock, which are hardy enough to survive our efforts to eliminate them. Yet as warming gets more extreme, researchers say we may have to adopt less familiar foods.

For many people, that won’t be easy. What we eat has deep cultural significance, rich in memories and meaning. We cling to what we know, and changes require work. Then there are economic considerations, says Mosier. When people are concerned about the economy, food choices based on environmental impacts can take a back seat to simply putting enough food on the table.

Some recent examples point to how changing diets isn’t impossible. Quinoa and the Impossible Burger, a plant-based burger masquerading as beef, are two recent success stories that at first seemed unlikely to win over U.S. consumers. The Chicago Tribune reported in 2016, “Americans consume more than half the global production of quinoa, which totaled [34,000 metric tons] in 2012. Twenty years earlier, production was merely [544 metric tons].” The Impossible Burger, although it makes up a small percentage of the U.S. meat market, is for sale in more than 15,000 restaurants in the United States, Hong Kong, Macau and Singapore. It has been so popular that the company experienced a production shortage last summer, soon after announcing a partnership with Burger King. Production has caught up with the surging demand, and diners can find Impossible meat at White Castle, Red Robin and a host of smaller restaurants, as well as at grocery stores.

These foods owe their rise in large part to marketing and lobbying dollars, but there are other ways to find success. Anastasia Bodnar, policy director of Biology Fortified, a nonprofit organization focusing on issues in agriculture and biotechnology, says that chefs and restaurants also can have an impact on how people think about food.

“If you can make it cool, make it sexy, make it something that people want to see, that’s going to end up in the news, then that interest gets perked up and then the market goes along with it,” Bodnar says. “You see all kinds of weird invasive fish on menus that have been rebranded with different names.”

If you can make it cool, make it sexy, make it something that people want to see, that’s going to end up in the news, then that interest gets perked up and then the market goes along with it.

Meanwhile, Wheat sees a parallel between the acceptance of new foods and society’s acceptance of LGBTQ people. “It’s that point of personal connection that helps people change their attitudes,” he says. “I feel like a lot of that happened because of parents being brave and saying to their neighbors, ‘I love my son, I love my daughter.’ … This question of kelp, it is maybe different than the question of queerness, but I think the actual agent of change is the same. It really comes down to a personal introduction.”

Whether familiar or foreign, our food crops will need to feed an increasing number of people in an increasingly hostile environment in the future. While structural, top-down change may be necessary to shift the entire food system to one that will weather the effects of climate disruption, such changes can be influenced by individual choices.

Back in Israel, on farms in the dry and salty desert, sea beans grow green in seawater. In India, rows of millet persist through drought. And in the frigid but warming waters around Seattle, kelp forests undulate with the tides. Such foods reduce pressure for climate-unfriendly land use change and thrive in environments that make other plants shrivel. That is, they are suited for the future — which means we, too, can be more resilient to change.

Editor’s note: Jenny Morber’s travel and access to researchers at Israel’s Ben Gurion University of the Negev was paid for and provided by the Murray Fromson Journalism Fellowship. 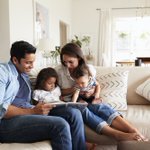