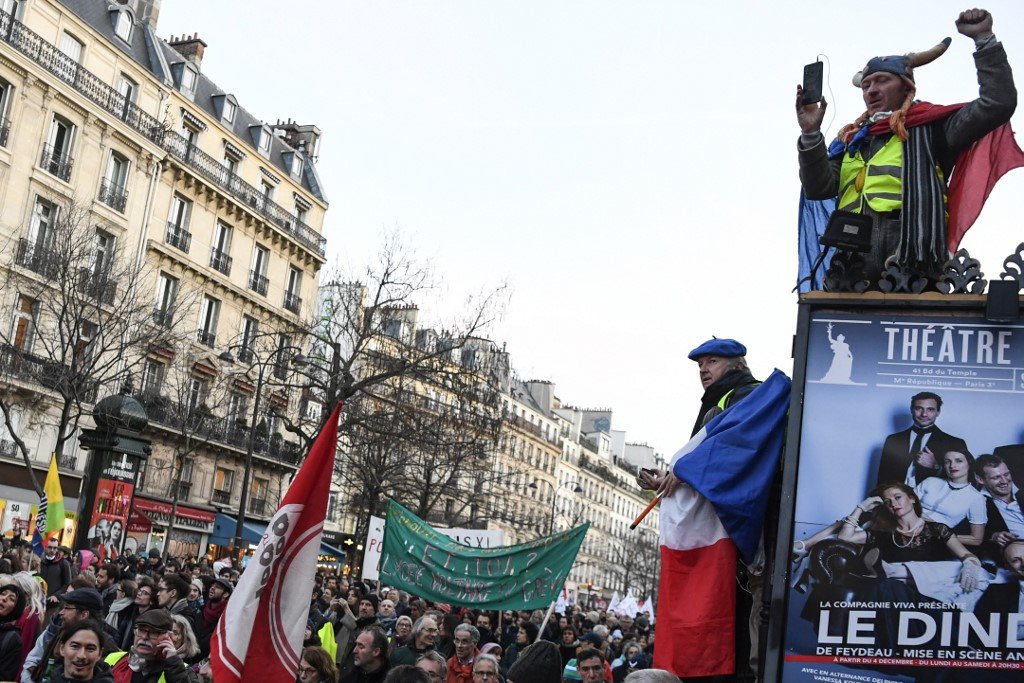 
Prime Minister Edouard Philippe said on Saturday he would drop plans to introduce a ‘pivot age’ of 64 over the legal retirement age of 62 in an effort to end a strike which has paralysed Paris and its suburbs, with bus, train and metro  services all badly disrupted.


“I am willing to withdraw from the bill the short-term measure I had proposed,” said Philippe, prompting his boss French President Emmanuel Macron to dub the change “a constructive and responsible compromise”.


The more reformist trade unions – the CFDT, Unsa and FRC – welcomed the announcement and said they were now ready to work with employers on the sustainable financing of the state pension system.


The Unsa union for national railway workers maintained its strike call on Sunday while recognising the government’s reconciliatory move.


The union “remains on strike ” but will return to the negotiating table, secretary general Didier Mathis told AFP.


However the more hardline CGT, FO and Solidaires unions were standing firm, calling for the strike and protests to continue, including a major demonstration on January 16th.


The joint-union movement including the more hardline CGT and FO unions have also called for more strikes on Tuesday January 14th and Wednesday January 15th.


One union representing air-traffic controllers had called for a strike over all three days – Tuesday, Wednesday and Thursday, but it’s unclear what impact this will have on flights to and from France.


But despite the seeming progress made, strike action continues on Monday marking the 40th day since the dispute started on December 5th.


French rail operator SNCF has managed to improve services and 8 out of 10 of the normal high speed TGV trains are running on Monday, along with 9 out of 10 of the usual budget Ouigo services.


On the suburban Transilien services 7 out of 10 of the usual services are running, while the Intercité sees a more reduced service with four of 10 running.


The local TER services, which have been the worst affected by the strike, have also seen an improvment in recent days with 7 out of 10 services now running.


French workers are not paid during strikes and after 40 days with no pay many transport employees can simply no longer afford the financial hit and are returning to work, resulting in more services running.


The same pattern can be seen in Paris, where Monday marks an improvement, particularly in the suburban RER train services.


All Metro lines are open on Monday albeit for reduced hours and more limited services.


On the city’s tram network things are virtually back to normal, with lines 3a and 3b described as ‘quasi normal’ and all other lines running their usual timetable.


On the RER lines A and B are both running all day, albeit with fewer than normal services, and the RER B from Charles de Gaulle airport stops at Gare du Nord.


Four out of 5 of the usual bus services are running. 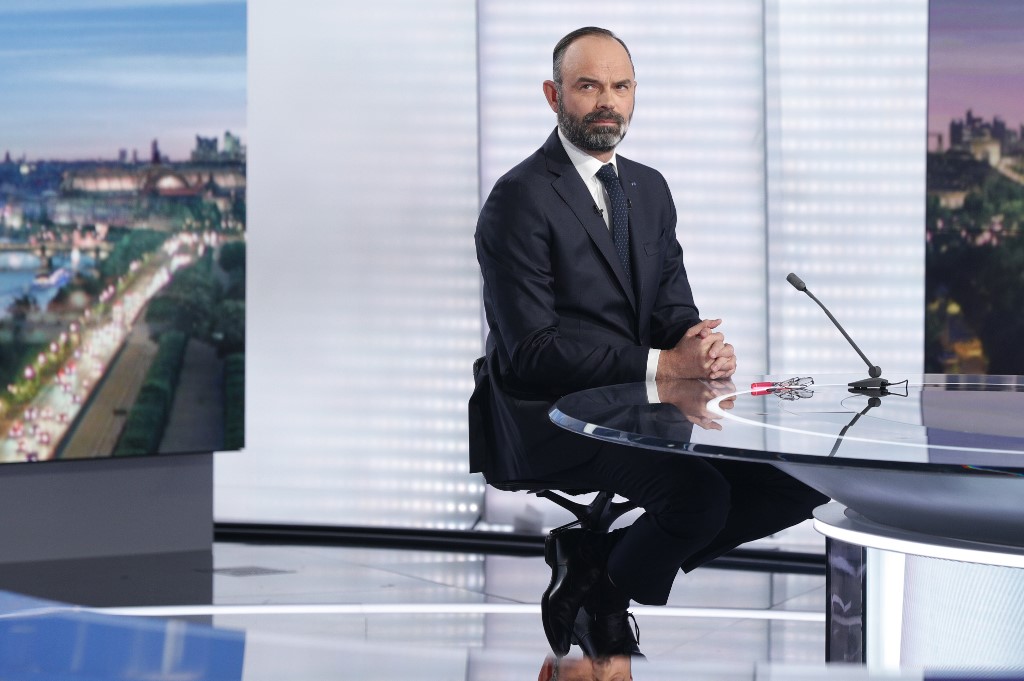 
On Sunday night Philippe called on the unions to take “responsibility”.


“Those who incite (the strikers) to continue the strike are leading them perhaps into a dead end… I think that they need to assume their responsibilities,” Philippe said in a television interview (pictured above).


CGT head Philippe Martinez played down the impact of the CFDT and Unsa’s readiness to resume negotiations, and spoke of internal splits within these groups.


“We will see” what these unions’ workers have to say on the issue, he said, reiterating his call for the government to withdraw the pension reforms completely which he described as “the major requirement of a majority of unions representing a majority of employees”.


However the financial hit is weakening the resolve of some strikers.


“It is clear that some colleagues want to go back to work,” said one disillusioned Paris Metro worker during demonstrations on Saturday.


“It’s going to get tricky financially,” he added.


Private sector workers have not followed the unions’ lead on the stoppage to turn the campaign into a true national strike.


The government was adamant that the strikers should now go back to work.


“There is no longer any reason for this strike movement to continue,” said Elisabeth Borne, minister in charge of transport.


The government’s compromise move came a day after meetings with unions in a bid to end a strike that has frustrated Paris commuters, ruined December holiday travel plans, and hurt business.


Demonstrators in the capital on Saturday, some masked and hooded, broke shop windows along their protest route, set fires and threw projectiles at police in riot gear who responded with tear gas.


Several stores were ransacked as marchers brandished union flags and chanted defiantly: “We are still here!” and “Macron resign!”


Protests were also held in Marseille, Toulouse, Lyon, Nantes and several other cities.


The interior ministry said 149,000 people had turned out throughout France.


The CGT put the figure at half a million, saying the 150,000 marched in Paris alone.


In one of Macron’s signature reforms, the government is seeking to rationalise 42 existing pension schemes into a single, points-based system it says will be fairer and more transparent. Unions fear it will force millions to work longer for a smaller retirement payout.


Particularly controversial was the proposal to impose the 64 “pivot age” that people would have to work to in order to qualify for a full pension, although the legal retirement age would remain at 62.


Unions will decide on their next move in further meetings on Monday.