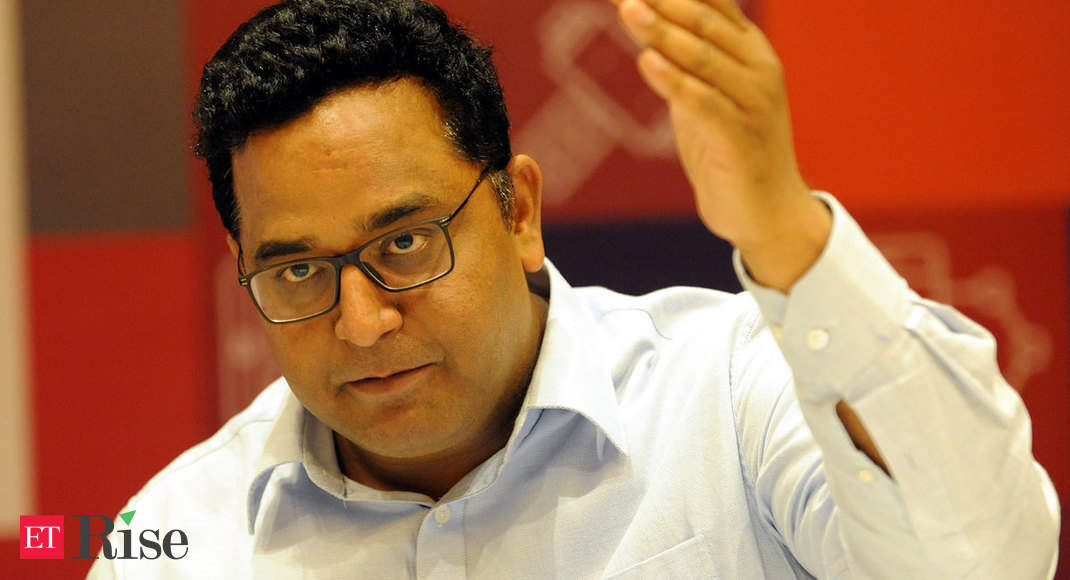 Digitial payment giant Paytm expects to turn profitable after two years as it is monetising the existing customer base and eyes financial services as its next major frontier for growth, its founder CEO Vijay Shekhar Sharma said.

Noida-based firm, which had an astonishing rise after infamous demonetisation in 2016, is betting on financial services, commerce and payments as three key focus areas.

In an interview with , Sharma said Paytm’s growth is divided into three phases – first three years of finding the right product-market fit; the next was revenue and monetisation; and the last phase will be about profitability and free cash flows.

“We are in the second phase of that journey,” he said.

“I would say at least 2 years because we are also a large dominant market share company and we wouldn’t want to lose market share while becoming profitable next quarter,” Sharma said when asked about the timelines for hitting profits.

In the last 12 months, Paytm has seen pre-tax losses cut – thanks to monetisation, and not reckless cost-cutting, he said, adding business like Paytm Payments Bank, commerce and cloud were already profitable, while Paytm FirstGames and Paytm Mall is “close to profitability”.

Paytm – which competes with Google Pay, Flipkart-owned PhonePe and others in the digital payments space – had late last year raised USD 1 billion (over Rs 7,000 crore) in funding from US-based asset management firm T Rowe Price and existing investors, including SoftBank and Alibaba, to fund expansion plans.

Paytm had also said it plans to invest around Rs 10,000 crore (USD 1.4 billion) over the next three years to expand financial services. The last round of fund raising had valued the company at about USD 16 billion.

Asked about the businesses under OCL that were draining profitability, Sharma said that investments were focused on expanding offline merchant base.

“Overall, offline merchant expansion and technology is where the investment is happening,” he said.

Earlier this month, the company said it aims to add close to 10 million merchants to its platform over the next 12-18 months as it brings new features to its payments platform.

The company, which has introduced a new all-in-one payment gateway and business solutions as well as an Android-based point of sale (POS) machine, currently has over 16 million merchants across unorganised and organised sectors.