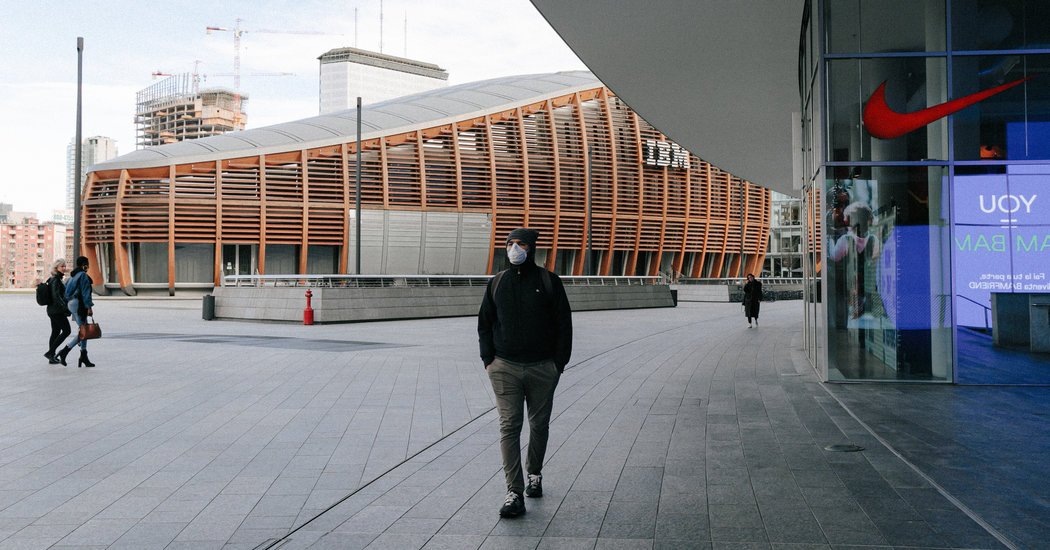 An oil company and a media group have told hundreds of employees in London to work from home. A television giant is stopping people who have visited certain countries from entering its offices in Europe. A German airline has asked workers to take unpaid leave.

For weeks, the coronavirus outbreak in China rattled global supply chains, exacting a toll on major businesses around the world, though often in indirect ways.

Now, as it spreads across Europe and Asia, the virus is becoming a more immediate threat to all types of businesses. From Milan to Berlin to London, companies in practically every industry are refining their emergency protocols or sending employees home to try to prevent an outbreak.

This week, Chevron instructed 300 workers at one of its London offices to work from home after an employee returning from Italy developed flulike symptoms. The media group OMG has taken the same step in the Fitzrovia district of London, sending home around 1,000 employees after a staff member who recently passed through Singapore began showing symptoms.

The British pay-television company Sky has begun screening visitors at several of its European offices, telling employees that guests who have recently traveled in “higher risk” countries like China and Japan would be barred. Germany’s flagship airline, Lufthansa, has frozen hiring and offered employees unpaid leave as it braces for the economic impact of the virus to grow. And on Tuesday, the advertising agency Dentsu instructed all the employees at its headquarters in Tokyo to work from home.

For the most part, these disruptions to daily work life have been confined to Europe and Asia. In China, most businesses ground to a halt in January as the government worked to contain the outbreak, which has sickened tens of thousands of people and killed over 3,000.