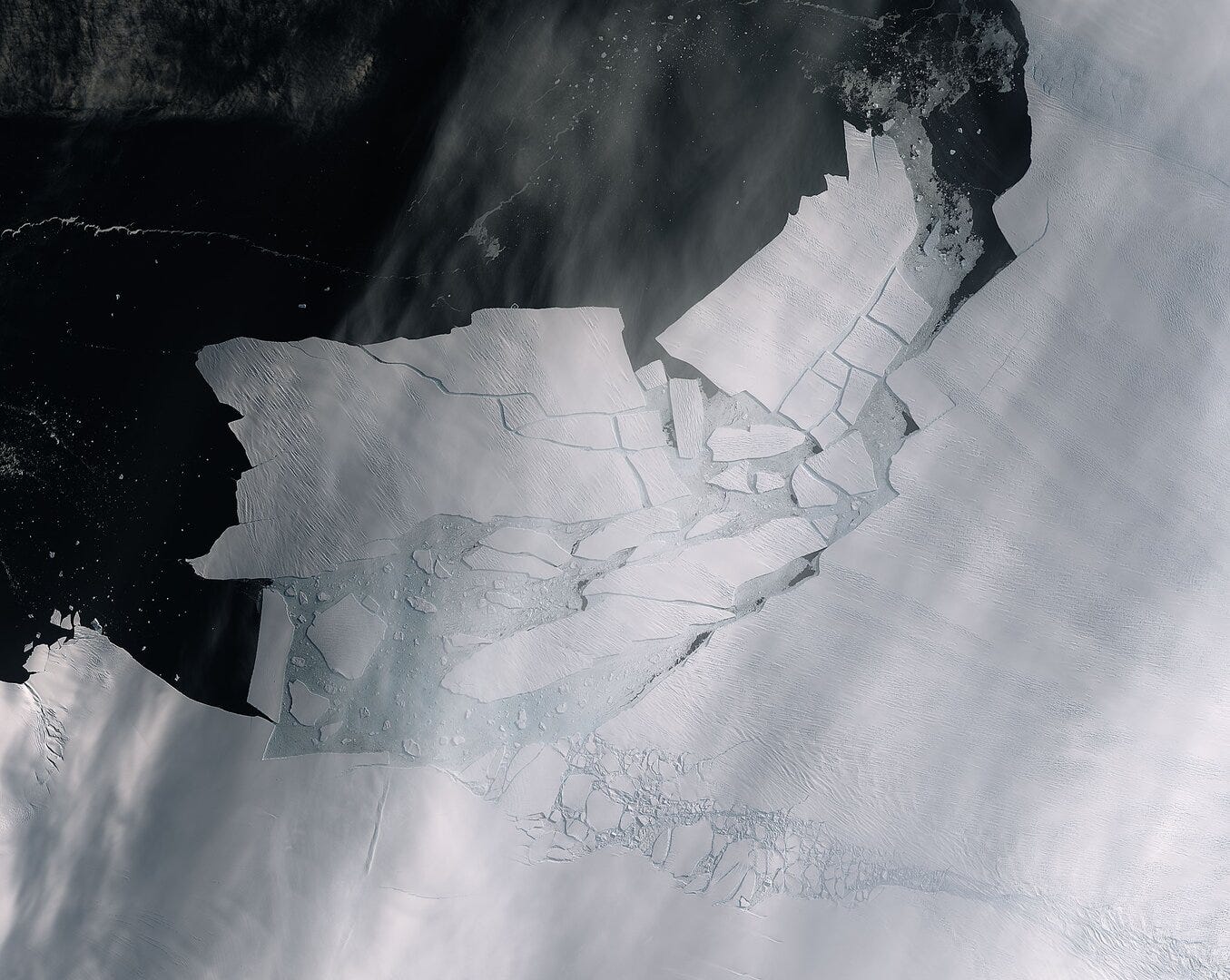 An iceberg twice the size of Washington, D.C., has broken off the Pine Island glacier in Antarctica, scientists reported this week.

“The Pine Island glacier recently spawned an iceberg over (115 square miles) that very quickly shattered into pieces,” the European Space Agency (ESA) said in a statement.

The Pine Island glacier “is one of the fastest-retreating glaciers in Antarctica,” according to NASA. The glacier and the nearby Thwaites glacier together contain “enough vulnerable ice to raise global sea level by 1.2 meters (4 feet),” NASA said.

“What you are looking at is both terrifying and beautiful,” Mark Drinkwater, head of the Earth and Mission Sciences Division at the ESA, told CNN. “It is clear from these images (that the Pine Island glacier) is responding to climate change dramatically.”

The glacier has been losing large chunks of ice over the past three decades. While large calving events like this one used to take place at Pine Island glacier every four to six years, they’re now a nearly annual occurrence, The Washington Post said.

More from Antarctica:It was nearly 65 degrees in Antarctica, which may be the warmest day ever recorded there

“Its floating ice front, which has an average thickness of approximately 500 meters (1,640 feet), has experienced a series of calving events over the past 30 years, some of which have abruptly changed the shape and position of the ice front,” the ESA said.

Over the past eight years, the Pine Island glacier is losing about 58 billion tons of ice a year, according to a study in the Proceedings of the National Academy of Sciences.

“The Copernicus twin Sentinel-1 all-weather satellites have established a porthole through which the public can watch events like this unfold in remote regions around the world,” Drinkwater said in a news release.

“What is unsettling is that the daily data stream reveals the dramatic pace at which climate is redefining the face of Antarctica,” he said.