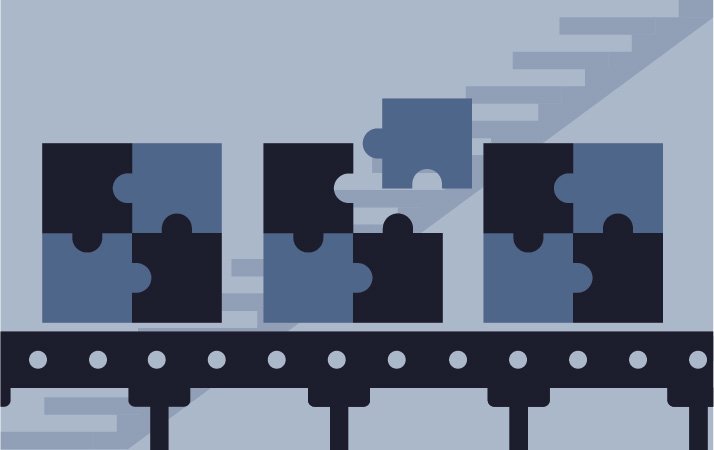 KKR (NYSE: KKR) has raised $1.3 billion for its global impact fund. The fund is “dedicated to investment opportunities in companies whose core business models provide commercial solutions to an environmental or social challenge,” the firm says. The fund will target companies in the lower middle-market that contribute towards the United Nations Sustainable Development Goals. Among the themes that the fund will focus on include: climate change, clean water, workforce development, waste, mobility, sustainability and infrastructure improvements. “We are thrilled to see our investors’ shared enthusiasm for the tremendous opportunity we see ahead for KKR Global Impact and will build on this to help set the new standard across investing, value creation and measuring success in the space,” says Alisa Amarosa Wood, KKR partner and head of KKR’s private market products group. Investment firms are raising funds that focus on climate change. For example, BlackRock has raised $1 billion to invest in wind, solar and battery-storage projects. Renewable energy is becoming “one of the most active sectors in infrastructure,” David Giordano, global head of BlackRock renewable power, told Bloomberg News. It comes, he said, “as global power generation shifts from two-thirds fossil fuels to two-thirds renewables over the next few decades.”

Large global Fortune 500 manufacturers are focusing on their core competencies and looking to divest non-core assets, resulting in acquisition opportunities for private equity firms. Manufacturers are continuously evaluating their lines of businesses and in recent years have been selling non-core assets to focus on bottom-line growth and profitability. A 2018 Ernst & Young study, How Can Divesting Fuel Your Future Growth, noted that nearly nine out of 10 companies planned to divest assets in the next two years, up from roughly four out of 10 a year earlier. Corporate decision makers say shifts in global tax policy, new technologies and other industry trends amplify the need to sell non-core assets and reroute capital to other business areas. This trend has been a boon for private equity firms in the sector like KPS Capital Partners. “Very large global Fortune 500 corporates are focusing on their core competencies,” says Michael Psaros, KPS co-founder. “The public stock market and activists are really pushing them to divest non-core business lines and they are listening.” Most of his firm’s investments have been complex carve-outs from corporate manufacturers executed on a global basis. In 2019, KPS acquired Howden, a provider of industrial gas handling products and services, from Colfax Corp. (NYSE: CFX), a welding and valves manufacturer, for $1.8 billion, including $1.66 billion in cash consideration. Read our full coverage: 5 trends driving manufacturing M&A.

DEAL NEWS
The U.K.’s antitrust authority cleared Google’s (Nasdaq: GOOG) $2.6 billion takeover of Looker Data Sciences Inc., joining U.S. regulators in declining to open an in-depth review. The purchase was not likely to weaken competition as Google would not be inclined to stymie its rivals, the Competition and Markets Authority said. Google announced in June that it planned to buy California-based Looker to boost its cloud offering, which lags behind Amazon.com Inc. (Nasdaq: AMZN) and Microsoft Corp. (Nasdaq: MSFT). Read the full story by Bloomberg News: Google’s $2.6 Billion Looker deal cleared by U.K. regulator.

FEATURED CONTENT
Artificial intelligence in healthcare saw about $4 billion in funding across 367 deals in 2019, according to data and research firm CB Insights. Amazon.com Inc. (Nasdaq; AMZN) is no exception. The tech conglomerate is using its recent deals for Health Navigator and PillPack to launch new software services in healthcare. Health Navigator works with companies like Microsoft Corp. (Nasdaq: MSFT) in offering services such as remote diagnoses, and with triage to help patients figure out whether to stay at home, see a doctor or go straight to the emergency room. Read our full coverage: How Amazon is using M&A to revolutionize healthcare.

Pushed by a groundbreaking California law mandating it, more companies are putting women on their public corporate boards. The law faces pressure in court and may not stand, but its rippling effect has already started to increase the visibility and awareness of the important benefits of board diversity. Investors are taking notice and trying to get ahead of the curve. According to a study published by MSCI in March 2018, having three or more women on a company’s board of directors translates to a 1.2 percent median productivity above competitors. Read the full guest article by Venable’s Belinda Martinez Vega: Why businesses are adding women to their boards.

If there’s anything M&A professionals dislike, it’s uncertainty. And heading into 2020, there’s more than enough uncertainty to go around, including questions about the economy, international trade, impeachment, domestic politics and more. The funny thing is, the lack of clarity may actually make the first half of the year a great time for M&A, as dealmakers push to close transactions before the looming uncertainty of Election Day and its outcome. We conducted interviews with 8 investment bankers and other M&A advisors. Some said the first half of the year will be robust, while others said the uncertainty may have a negative impact throughout 2020. Read the full story, What’s ahead for M&A in 2020? We ask 8 advisors.