Michiel Berende, the chief inclusive officer at Etherisc, believes in delivering better financial services access to those who need it most through inclusive insurance.

What does it mean for economies, governments and communities when “once in a lifetime” weather events begin to occur on an annual basis?
We are witnessing an entirely new scale of natural disasters across the world. Previously, emerging economies bore the brunt of induced climate disasters, but it’s now impossible to ignore the catastrophic impacts of our changing climate, no matter what corner of the globe you reside in.
Wildfires in California are adding to thousands of deaths reported annually due to poor air quality, while in Germany, hundreds have lost their lives this year as a result of record flooding. Preparation for such extreme and hazardous weather conditions is now a priority for us all.
One of many questions that emerges from the increase in such extreme weather events is this: Who will foot the bill? A report from AON found that …

Jerome Powell says supply chain pressures will last ‘likely well into next year,’ and the Fed is prepared to react.

Return to Office Makes a Big Difference for Budding Lawyers

If you’re thinking of launching a product or company, you must watch this video presentation of Captain Hoff on surviving a startup! It’ll give you everything you need to know to overcome the odds, raise capital, and build a thriving, profitable business. 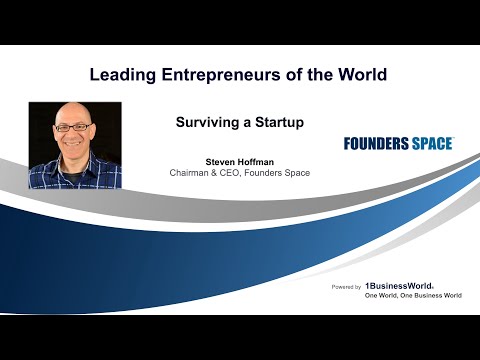 Welcoming Steven Hoffman, chairman and CEO of Founders Space, at the 2021 Leading Entrepreneurs of the World Series,...