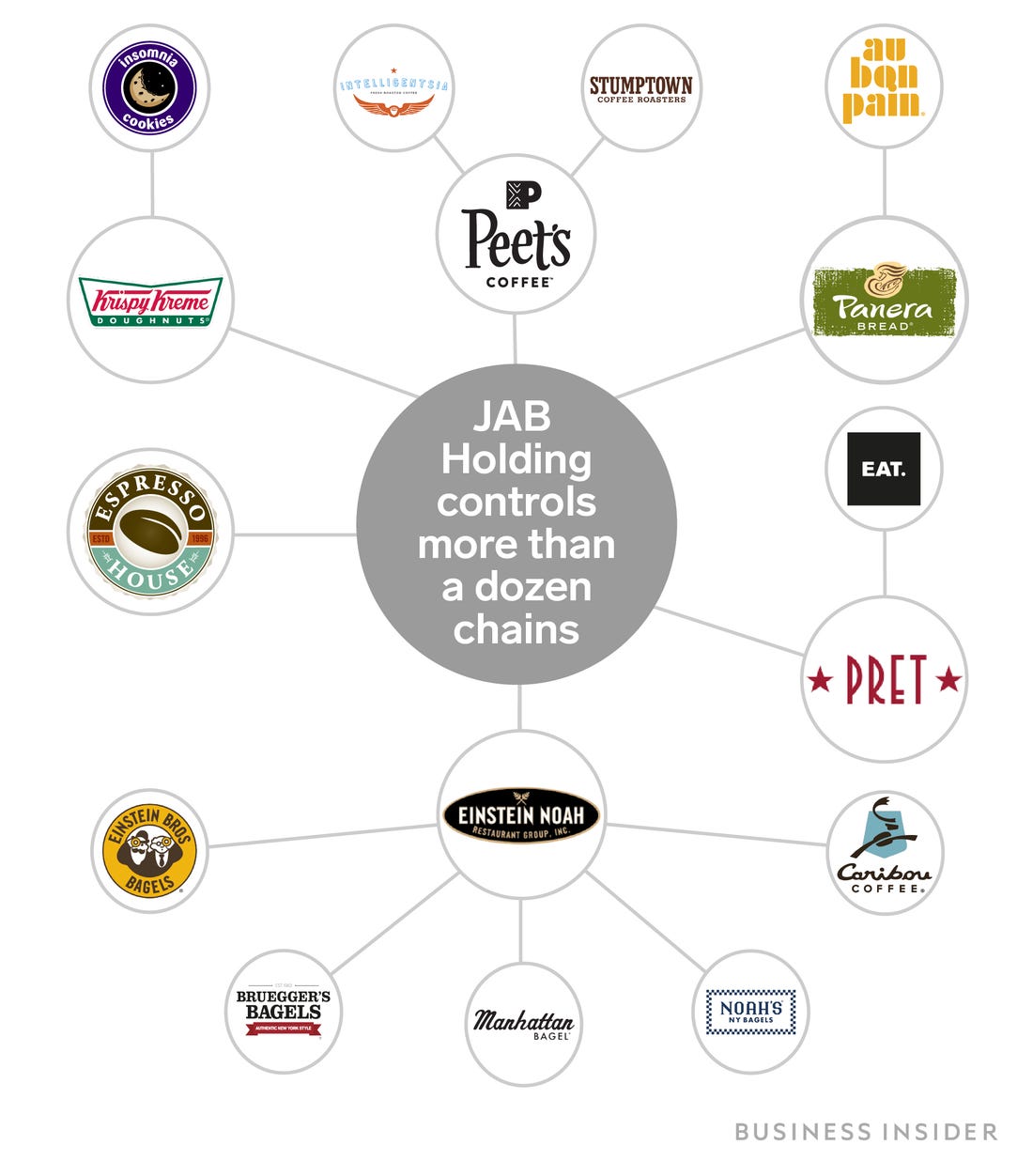 In the 1980s the company expanded as it acquired and integrated its European and North American household products business and cosmetics companies, before spinning off cosmetics into Coty Inc. in 1996. In 1999, it merged Benckiser with Reckitt & Colman to form the consumer goods business Reckitt Benckiser.

In 2012, JAB Holding Company was formed as a partner-led investment firm, with the consolidation of all business assets, and its portfolio has expanded to the present day.

The JAB investments are overseen by two managing partners: Peter Harf and Olivier Goudet, together with 8 other partners. JAB actively manages and controls most of its investments. JAB operates offices in Europe, the US and South America (Luxembourg, London, Washington DC, Amsterdam, Mannheim, Sao Paulo).

JAB is dedicated to having its investments acting in accordance with the highest ethical and professional standards. Through this policy, we commit to an investment management philosophy of working with our investments to address and monitor their material sustainability issues.