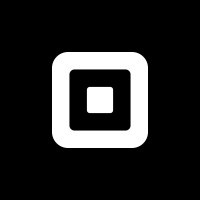 Square builds common business tools in unconventional ways so more people can start, run, and grow their businesses. When Square started, it was difficult and expensive (or just plain impossible) for some businesses to take credit cards. Square made credit card payments possible for all by turning a mobile phone into a credit card reader. Since then Square has been building an entire business toolkit of both hardware and software products including Square Capital, Square Terminal, Square Payroll, and more. We’re working to find new and better ways to help businesses succeed on their own terms—and we’re looking for people like you to help shape tomorrow at Square.

The Albuquerque International Balloon Fiesta is the largest hot air balloon event on the planet. The festival spans 9 days, attracting nearly one million spectators every year. Pilots come from all over the world to take part in “mass ascensions” of more than 500 balloons. One of them is 18-year-old Savannah Bradley. She’s a fourth-generation balloon pilot, but her family legacy hasn’t insulated her from the difficulty of being a young woman in a sport dominated by men.

Small business owners and entrepreneurs in Flint have decided to start building the future they want to see. And it’s working.

“Forged in Flint” is part of our Dreams series and has been recognized by Tribeca X, The Webby Awards, Adweek, The Clio Awards, The Telly Awards, the Central Michigan Film Festival, and more. To see more stories, visit square.com/dreams.

Roman Baca, an Iraq War veteran, turned to his classical dance training to cope with post-war depression and anxiety. He is the founder of Exit12, a contemporary dance company and one of 2.5 million veteran-owned businesses in the United States.

Veterans like Roman have a propensity for entrepreneurship; a 2011 U.S. Small Business Administration Office of Advocacy study reported that veterans are about 45% more likely to become entrepreneurs than people with no active-duty military experience.

“Exit 12” was directed by Mohammad Gorjestani and was acquired by Searchlight Pictures. The film has been recognized by SXSW, The CLIO Awards, Vimeo, The Webby Awards, The Telly Awards, and more. To see more stories, visit square.com/dreams.

Maryam Henderson-Uloho spent 13 years in prison, seven in solitary confinement. After her release she struggled to find housing or employment. She began selling secondhand goods out of a suitcase on a street corner in New Orleans. In just three years, she grew her business to a brick-and-mortar thrift store—one that also provided housing and employment for other formerly-incarcerated women. She calls those women—and her store—Sister Hearts.

“Sister Hearts” was directed by Even/Odd Films as part of our Dreams series, and has been recognized by Cannes Lions International Festival of Creativity, Tribeca Film Festival, CLIO Awards, Vimeo, The The Webby Awards, The Telly Awards and more. To see more stories, visit square.com/dreams.

In 2011, Webster City, Iowa experienced a massive economic shift after the town’s Electrolux plant shut down. Many people were left jobless and local business was greatly impacted, but the community refused to let their town die.

“Made in Iowa” is part of our Dreams series and has been recognized by Vimeo, The Webby Awards, Tribeca Film Festival, and more. To see more stories, visit square.com/dreams. ... See MoreSee Less