Powering the Transformation of Food Through AI | Miku Jha

Powering the Transformation of Food Through AI | Miku Jha 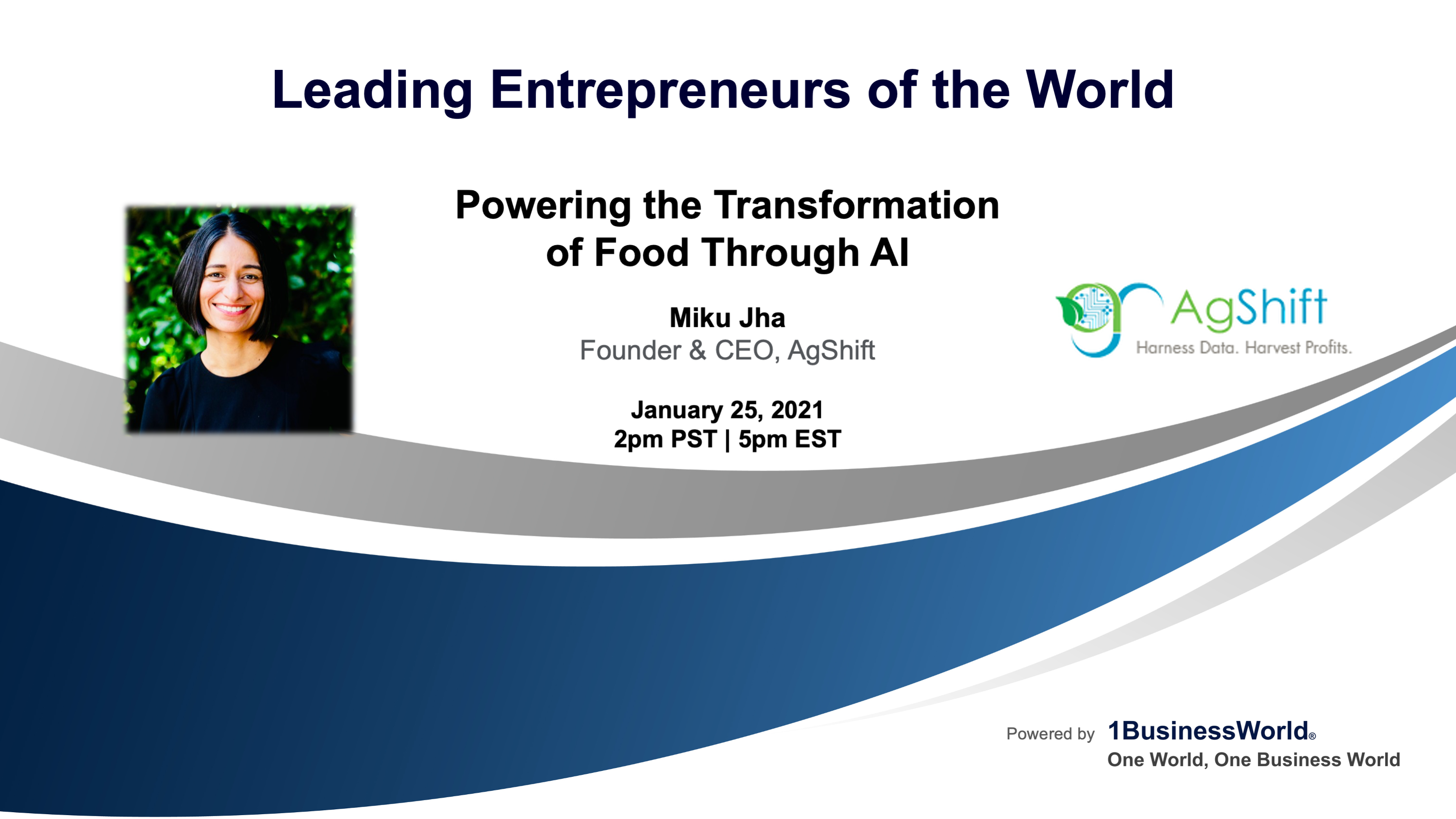 Powering the Transformation of Food Through AI 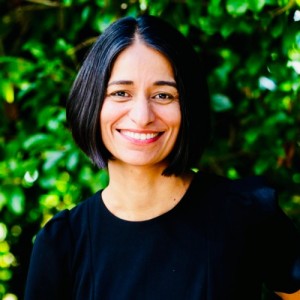 Miku Jha is the founder and CEO of AgShift. She grew up planting mango trees on a 4th generation family farm – in a Smallholder farming community – in Northern India. Miku is a passionate entrepreneur and product executive with a proven track record. She has led multiple startups from founding stage to successful acquisitions & mergers with companies such as IBM and Xyratex. As a product executive she has launched large scale enterprise products in mobile and internet of things for companies such as VMware and IBM.

Miku helped build and scale multiple storage, mobile software startups into well-known global companies. She was instrumental in growing the storage business as a Founding engineer at Ariodata, which was acquired by Xyratex Inc. She helped grow and scale mobile business and product at Worklight, which was acquired by IBM. She has lead several mobile and IoT initiatives at IBM – under Mobile First portfolio. She was responsible for successful execution of Mobile virtualization initiative at VMware under the office of the CTO. At AgShift, Miku manages a nimble team of data scientists, researchers and technologists driven by a single passion – to digitize food supply chain with cutting edge innovations in deep learning and data science – which results in better transparency, better food quality and reduced food wastage.

Miku serves on the advisory board of BetterMDM, PlainMark and MergeLane. Miku has a MBA from Cornell University and a BS (Hons.) in Computer Science from University of Mumbai. With AgShift, she is inspired to apply technology to solve real challenges in Agriculture, globally. She is also passionate about women in technology. She has lead multiple corporate initiatives to help young women entrepreneurs succeed. She continues to be a mentor to many young women entrepreneurs in technology – inspiring and guiding them to success!

AgShift is an AI based food technology start-up working on designing world's most advanced autonomous food inspection system. AgShift's software blends patented Deep Learning models with Computer vision to make food inspections autonomous, consistent and standardized at scale. AgShift is empowering the world's largest food organizations to reduce global food loss and waste. AgShift, Inc. is based out of Silicon Valley, California. The management and advisory team comprises of entrepreneurs, technologists and thought leaders with decades of experience in agriculture and technology industry. Till this day, AgShift has raised $5 million in seed round from investors like Exfinity Venture Partners and CerraCap Ventures.