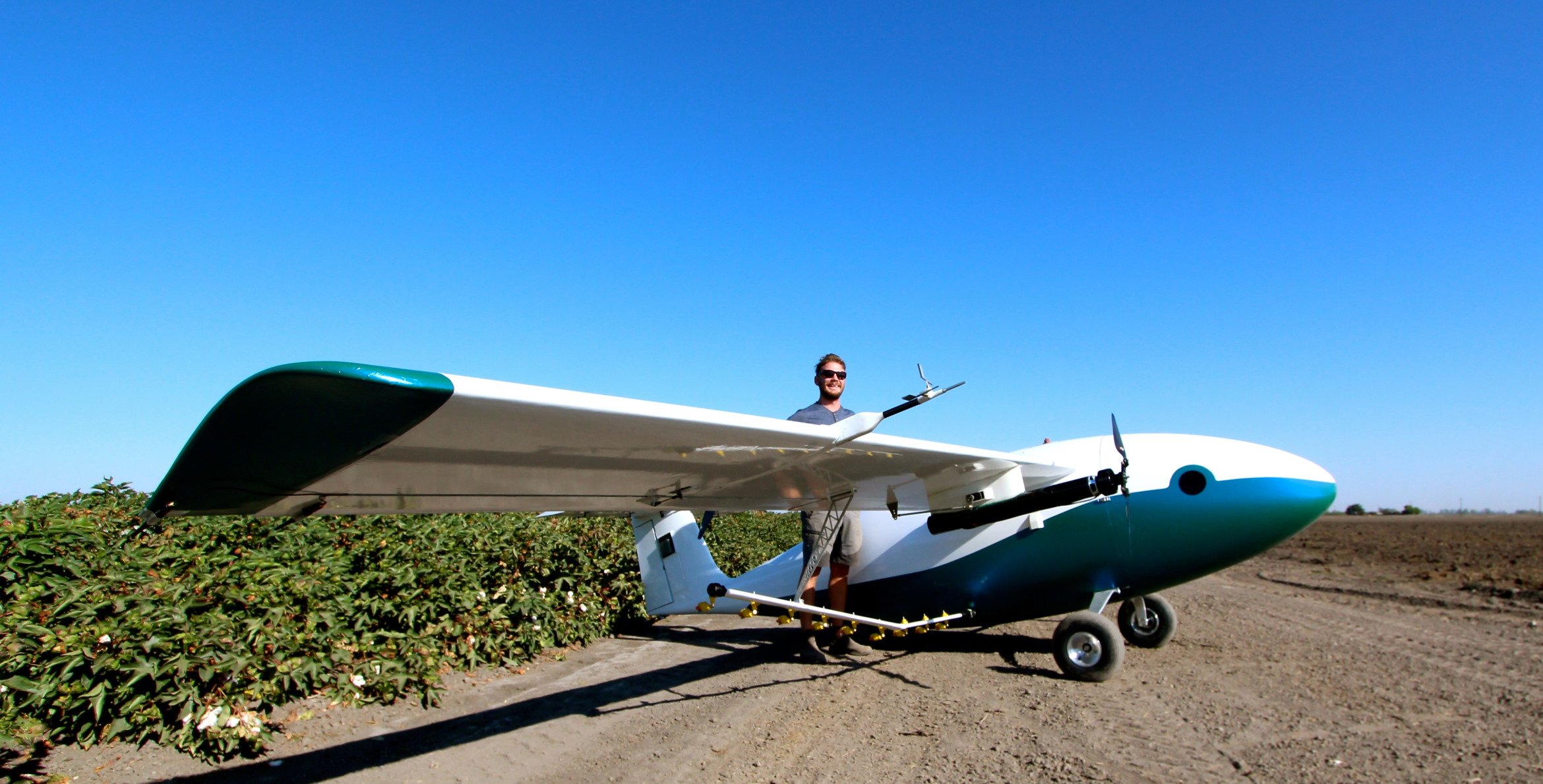 Modern agriculture involves fields of mind-boggling size, and spraying them efficiently is a serious operational challenge. Pyka is taking on the largely human-powered spray business with an autonomous winged craft and, crucially, regulatory approval.

Just as we’ve seen with DroneSeed, this type of flying is risky for pilots, who must fly very close to the ground and other obstacles, yet also highly susceptible to automation; That’s because it involves lots of repetitive flight patterns that must be executed perfectly, over and over.

Pyka’s approach is unlike that of many in the drone industry, which has tended to use multirotor craft for their maneuverability and easy take-off and landing. But those drones can’t carry the weight and volume of pesticides and other chemicals that (unfortunately) need to be deployed at large scales.

The craft Pyka has built is more traditional, resembling a traditional one-seater crop dusting plane but lacking the cockpit. It’s driven by a trio of propellers, and most of the interior is given over to payload (it can carry about 450 pounds) and batteries. Of course, there is also a sensing suite and onboard computer to handle the immediate demands of automated flight.

Pyka can take off or land on a 150-foot stretch of flat land, so you don’t have to worry about setting up a runway and wasting energy getting to the target area. Of course, it’ll eventually need to swap out batteries, which is part of the ground crew’s responsibilities. They’ll also be designing the overall course for the craft, though the actual flight path and moment-to-moment decisions are handled by the flight computer.

Example of a flight path accounting for obstacles without human input

All this means the plane, apparently called the Egret, can spray about a hundred acres per hour, about the same as a helicopter. But the autonomous craft provides improved precision (it flies lower) and safety (no human pulling difficult maneuvers every minute or two).

Perhaps more importantly, the feds don’t mind it. Pyka claims to be the only company in the world with a commercially approved large autonomous electric aircraft. Small ones like drones have been approved left and right, but the Egret is approaching the size of a traditional “small aircraft,” like a Piper Cub.

Of course, that’s just the craft — other regulatory hurdles hinder wide deployment, like communicating with air traffic management and other craft; certification of the craft in other ways; a more robust long-range sense and avoid system and so on. But Pyka’s Egret has already flown thousands of miles at test farms that pay for the privilege. (Pyka declined to comment on its business model, customers or revenues.)

The $11 million seed round was led by Prime Movers Lab, with participation from Y Combinator, Greycroft, Data Collective and Bold Capital Partners.