Women-friendly dating and networking app Bumble announced today it’s expanding its C-Suite with two new hires: Anu Subramanian as Bumble’s Chief Financial Officer, who hails from Univision, and Selby Drummond as Chief Brand Officer, who is joining from Snap. The additions also create something of a milestone for Bumble, as the company can now claim it has equal male-to-female representation across its C-Suite, which is, unfortunately, still unusual for a company of Bumble’s size.

Subramanian is joining Bumble from Univision Digital, where she had served as the Senior Vice President and Chief Financial Officer. In this position, she helped lead Univision’s digital assets, including its direct-to-consumer business. Before Univision, Subramanian had worked at VICE Media where she was the Chief Financial Officer of the company’s global digital business. She also worked in the past at Scripps Networks in various roles, including CFO of digital.

Drummond, meanwhile, had been Snapchat’s first-ever Global Head of Fashion and Beauty Partnerships. Her work at Snap included leading strategy and launch efforts for Snapchat’s new fashion and shopping features, as well as content initiatives across the Snapchat, Bitmoji, and Spectacles products. Before Snap, Drummond worked at American Vogue for eight years, where she had been a senior fashion editor. In her last role, she had risen to Accessories and Special Projects Director, working on brand partnerships with Off-White, Air Jordan, Kith, and Proenza Schouler, and was involved with the magazine, website and events like the Met Gala.

Bumble says Subramanian and Drummond will partner with Bumble’s new and legacy executive leaders to support the company’s plans to expand its app to more countries and support its growth in Europe, Asia and Latin America.

The news follows what’s been a busy year for the dating and networking app. At the end of last year, Bumble took control of its business from its main backer, Badoo, valuing the now-profitable dating app at $3 billion. The deal also allowed Bumble CEO Wolfe Herd to run Bumble and other previously Badoo-backed dating apps, including Badoo, Lumen and Chappy.

According to reports, Bumble hit 100 million users this summer and is preparing to IPO in 2021, possibly at a $6 billion-plus valuation.

“The additions of Anu and Selby underscore our commitment, along with Blackstone, to strengthen our bench with world class talent that deeply epitomize our mission and values, said Wolfe Herd in a statement about the hiring news. “Not only will their contributions provide a powerful impact on our businesses, they’ve also brought equal representation of women and men on our executive leadership team — a milestone that means a great deal to me on many levels,” she added. 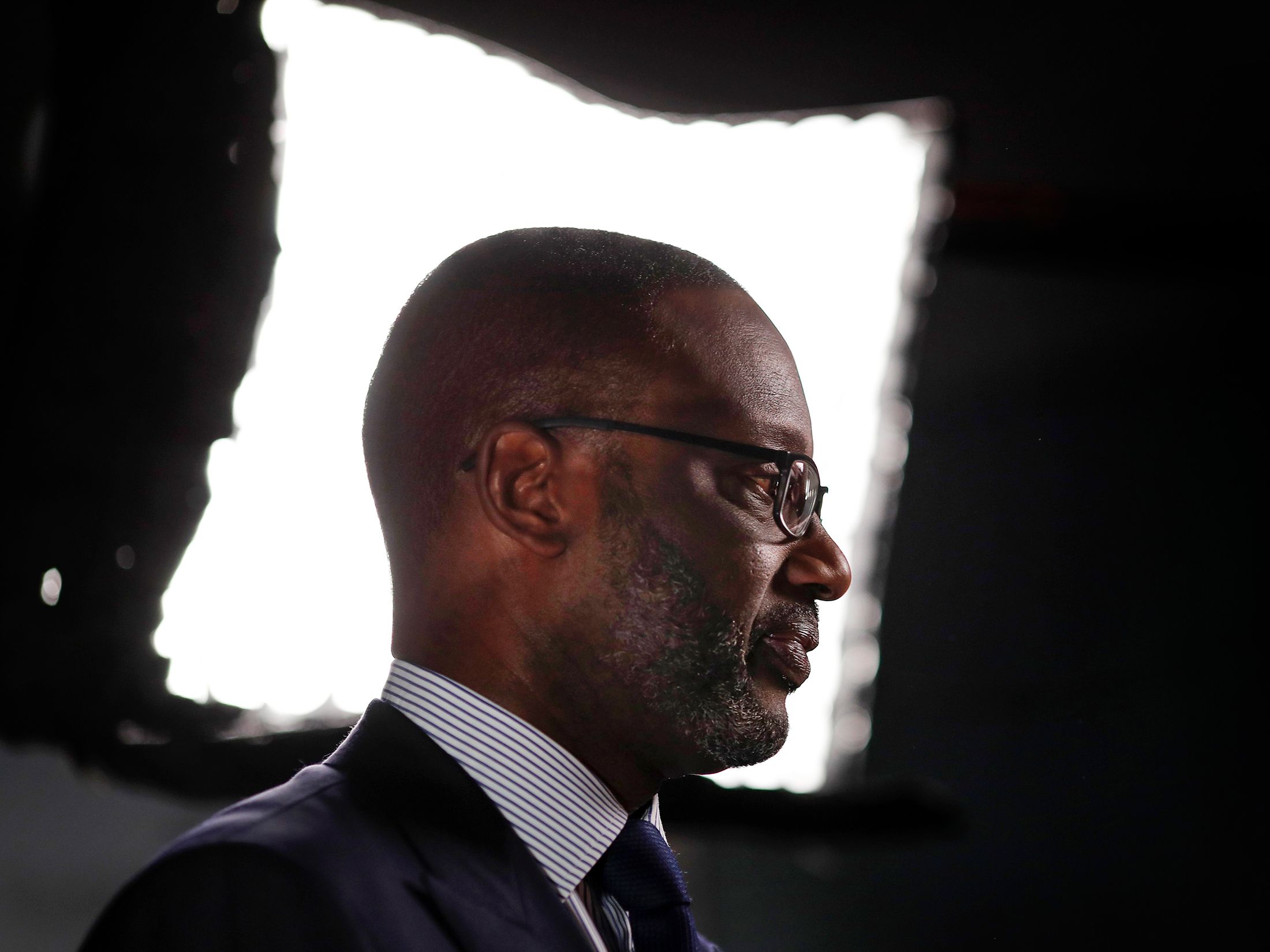 Credit Suisse Group AG ousted Chief Executive Officer Tidjane Thiam, a move the bank’s chairman called an attempt to fix its reputation in the wake of a scandal that unnerved the Swiss establishment.

“We saw a deterioration in terms of trust, reputation and credibility among all our stakeholders,“ Chairman Urs Rohner said in an interview Friday after the board closed ranks to rebuff appeals from major shareholders in the U.S. and U.K. to back Thiam. “It became really relevant” because the damage was notably in Switzerland, source of 40% of the bank’s pretax income, Rohner said.

Thomas Gottstein, 55, a two-decade Credit Suisse veteran, was named to succeed Thiam, making him the bank’s first Swiss-born CEO in almost two decades. Investors will look to him to restore calm in a boardroom shaken by personal animosities and reverse a slump in the lender’s shares after they lost almost half their value during Thiam’s tenure.

Thiam’s exit represents the culmination of a conflict between the CEO and Rohner that escalated after it emerged that top management hired detectives to follow former executive Iqbal Khan. While Thiam, 57, was cleared in an internal probe and a close lieutenant was blamed, the bank struggled to move beyond the scandal following the disclosure of another spying episode in December. Swiss regulators have launched their own inquiry, raising questions about the culture at the top of the firm.

The second incident “made the situation worse,” Rohner said. It became clear “that there was more of a pattern.”

Top shareholders including Harris Associates, Silchester International Investors and Eminence Capital had warned the board of directors before Thursday’s meeting that if there was a choice to be made, Rohner should be the one to go. They urged the chairman to back Thiam or step down. Rohner’s backers saw the high-profile demands as an unseemly gambit, according to a person familiar with the matter. Meanwhile, the chairman lined up support behind the scenes from other shareholders for the board, including Qatar’s sovereign wealth fund, the person said.

The chairman’s focus on the damage done in Credit Suisse’s home market — “among all of our stakeholders, clients, employees, regulators” — contrasts with complaints from non-Swiss investors, notably David Herro, deputy chairman of Harris Associates, who said concerns were limited to the Zurich financial district.

Herro stood by his criticism of Rohner, calling on him to quit. “Our worry is that you have this new CEO who is capable and talented but above him, a chairman who is less than capable and talented and a board who seems to just mimic, just follows blindly whatever he says,” Herro told Bloomberg TV.

“We agree to disagree,” Rohner said.

“Tidjane has made an enormous contribution to Credit Suisse since he joined us in 2015,” Rohner said in the statement. “It is to his credit that Credit Suisse is standing on a very solid foundation and has returned successfully to profit.”

For Thiam, who was born in Ivory Coast and previously held top roles at Aviva Plc and Prudential Plc before Rohner hired him in 2015, the departure blemishes a record that includes a pivot away from volatile trading and toward the more stable business of catering to affluent clients.

Thiam took over at Credit Suisse in mid-2015 and quickly outlined a plan to slash costs, boost profitability and increase his firm’s financial strength. A former politician and insurance executive, he had no direct experience in investment banking, a business that became one of his biggest headaches. He was blindsided by losses at the trading unit in 2016, pushing him to accelerate cost cuts.

The latest troubles started in September when Swiss media reported Khan, who had left for crosstown rival UBS Group AG, confronted his pursuers in downtown Zurich. Embarrassing disclosures followed, including accounts of the personal feud between Thiam and Khan and the suicide of a contractor, rattling business circles in a city that normally enjoys a reputation for quiet professionalism.

An internal probe concluded Thiam didn’t know about the spying, and that Chief Operating Officer Pierre-Olivier Bouee was responsible. Bouee was fired late last year. It later came out that human resources chief Peter Goerke was also followed, which the bank also blamed on Bouee.

“I had no knowledge of the observation of two former colleagues,” Thiam said in the Friday statement. “It undoubtedly disturbed Credit Suisse and caused anxiety and hurt. I regret that this happened and it should never have taken place.”

A third spying case, involving a former Credit Suisse employee in the U.S., was also probed and rejected by the bank. However, lawyers for Credit Suisse were still looking into the matter as recently as last week, Bloomberg reported on Tuesday.

Thiam’s resignation after prominent overseas shareholders had backed him marks a victory for the Swiss establishment. A former lawyer who has been chairman of Credit Suisse for a decade, Rohner’s leadership “during this turbulent time” was praised by lead independent director Severin Schwan, CEO of Swiss pharmaceuticals company Roche Holding AG.

Gottstein is CEO of Credit Suisse Switzerland and has been in the banking industry for 30 years, including more than 20 at Credit Suisse. His experience includes 13 years in investment banking in London, as well as in private banking. The unit, known as the Swiss Universal Bank, is a sort of miniature Credit Suisse focused on the domestic market. It’s the biggest contributor to pretax profit and includes a private banking arm as well as investment banking.

The new CEO also sits on the board the regulator Finma. It’s unclear what impact the change in leadership at Credit Suisse will have on its investigation into the scandal. Finma said in December that it had appointed an independent auditor to investigate the case and that such probes typically take several months. No one at the regulator was immediately available on Friday morning to comment on the news.

“Gottstein is very Swiss, it’s a big contrast,” said Andreas Venditti, an analyst at Vontobel. Still, he “has a background in investment banking — he doesn’t know only Switzerland. I wouldn’t say that this is a retreat from a global ambition.” 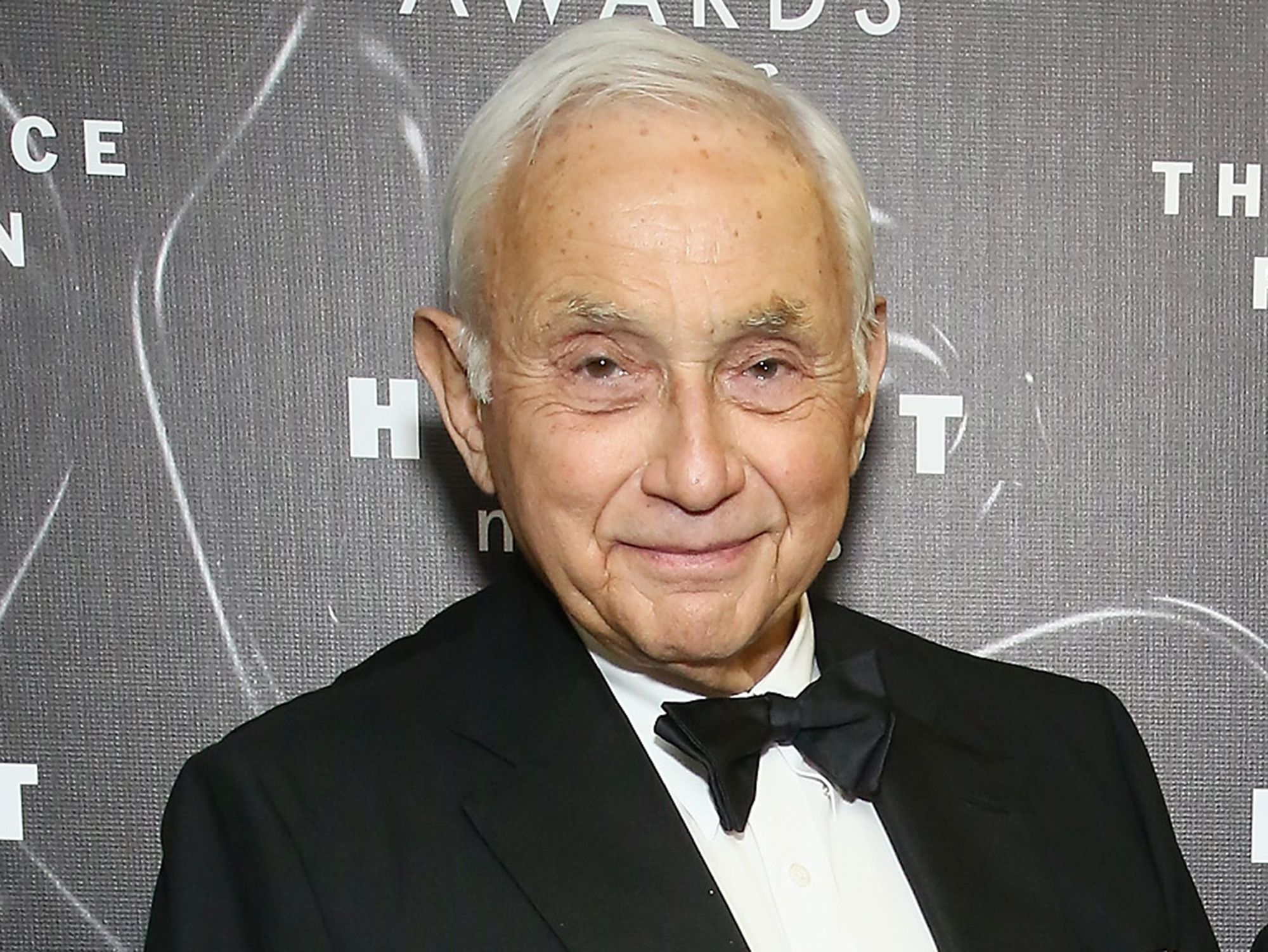 Les Wexner, the longest serving chief executive officer on the S&P 500 Index, is in talks to break up Victoria’s Secret owner L Brands Inc. and potentially step down from his role leading the company, according to a person familiar with the matter.

The stock has posted four consecutive annual declines in value, including a 29% drop in 2019. A representative for L Brands declined to comment.

Victoria’s Secret has reported annual sales of between $7 billion and $8 billion in recent years, but the total fell in 2018 and likely will decline again in 2019. L Brands is scheduled to report quarterly results on Feb. 26.

Between poor performance, activist pressure and questions about past association with Jeffrey Epstein, the 82-year-old Wexner had a rough 2019. The founder of The Limited is trying to turn the chain around as upstarts like Aerie and ThirdLove take market share from Victoria’s Secret. The appeal of his company’s push-up bra aesthetic has faded against competing products that are marketed as more comfortable and body-positive.

The discussions follow pushback from activist investor Barington Capital Group, which has pushed for a spinoff of L Brands’ faster-growing Bath & Body Works chain and a board overhaul in the past.

The company’s pact with Barington is up for renewal in late February, about the same time new board members can be nominated.

Barington’s stake in the company is less than 1%. The billionaire Wexner remains its largest shareholder with a 16% stake. Nevertheless, the standstill agreement shows that L Brands saw Barington’s demands as worth considering.

The troubles at Victoria’s Secret likely erode its value to potential buyers, according to Bernstein analyst Jamie Merriman.

Any sale won’t have a major impact on Wexner’s overall net worth. His stake in L Brands is just 14% of his $6.8 billion fortune on the Bloomberg Billionaires Index. That reflects a consistent selldown down of his stake over decades. He’s sold $1.8 billion of stock since 1993, according to calculations by Bloomberg.

Some of those sales were overseen by his then-money manager Epstein. “He votes the shares, I just decide when to sell it,” Epstein said in a 2003 interview. “If you take a look back, you’ll see I’ve made very good decisions.”

Epstein gave up his role managing the billionaire’s fortune in 2007 around the time of the financier’s arrest in Florida on charges he had sex with a minor. Wexner said last year that Epstein, who was found dead in his jail cell last summer, had deceived him and “misappropriated vast sums of money from me and my family.”