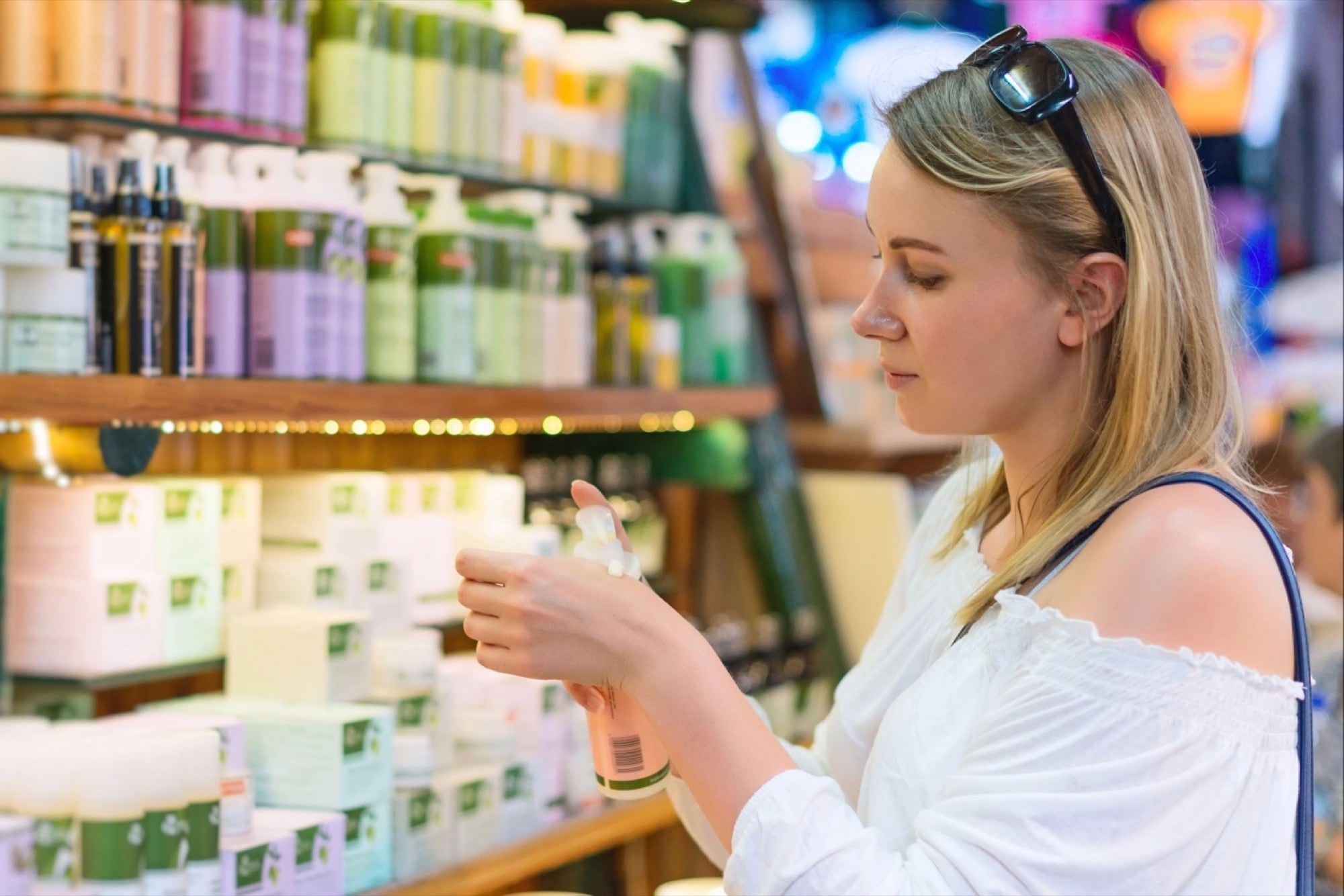 CBD and THC are the most visible cannabinoids in the wellness and skincare industries today, but with more than 100 known cannabinoids, others are muscling in.

Fueled by growing consumer interest, technological innovation and an ever-expanding body of scientific research, so-called minor cannabinoids with promising therapeutic and cosmetic potential are jockeying to be the next big breakout ingredient in skincare.

Why Cannabinoids And Skincare?

The idea of putting cannabis on your epidermis would have seemed ludicrous to most consumers a decade ago. But we’ve come a long way in better understanding the human body’s mechanism for processing cannabinoids — the endocannabinoid system (ECS) — and how these compounds can be deployed topically to address both skin ailments and deeper pain in joints and muscles.

The ECS and its network of CB1 and CB2 receptors modulate homeostasis of the neural, endocrine and immune systems, to name just a few of its regulatory functions. CB2 receptors are readily found in the epidermis, muscles and soft tissue, and research shows CB2 receptors are key in regulating the inflammatory response, which is a primary symptom of skin disorders such as dry skin, acne, eczema and psoriasis. CB1 receptors connect to the peripheral and central nervous system, and also play an important role in chronic pain conditions like peripheral neuropathy in the hands and feet.

RELATED: 8 CBD Creams And Salves Worth Trying To Rid Yourself Of Muscle Pain

Where The Skincare Market Is Headed

“Beauty is ONLY skin deep” may be a well-worn trope, but consumers do care deeply: U.S. skincare product sales hit $5.6 billion in 2018, a 13 percent increase over the previous year, according to market research company NPD Group.

Among other factors, experts credit robust sales to an increasingly informed consumer base that seeks out effective products with natural ingredients. Product innovation is key to winning the attention of this “skintelligent” cohort.

Future cannabinoid-based formulations could be used for preventative or restorative cosmetics that are anti-aging and promote healthy skin, as well as treating inflammatory skin conditions, sunburns and minor wounds. Certain minor cannabinoids may also prove efficacious for sore muscles and joints, neuropathy, bursitis and tendinitis, among other conditions.

Minor Cannabinoids On The Rise

Of the 140 or so minor cannabinoids identified by scientists, there are four in particular that hold the most promise for new skincare products:

Cannabigerol (CBG): Studies have found CBG offers “potential therapeutic value in the treatment of psoriasis” as an anti-inflammatory. Psoriasis causes cellular buildup on the surface of the skin, and experts surmise that inflammation is a root cause. There is also evidence CBG acts as an effective antibacterial agent, which could be useful in the treatment of acne and other bacterial skin conditions.

Cannabichromene (CBC): This exciting cannabinoid has shown anti-inflammatory and analgesic activity in animal studies. One 2016 study noted that CBC displayed “remarkable anti-inflammatory actions” related to acne. A cannabinoid that can calm inflammation while also relieving pain could have immense use since many skin problems tied to inflammation — such as dermatitis, psoriasis and eczema — cause severe discomfort.

Two of the other cannabinoid rising stars — CBDV and THCV — hail from the varin series of cannabinoids. Varins contain two fewer carbon atoms than their non-varin counterparts (CBD and THC) making these cannabinoids fundamentally different on a molecular level.

Tetrahydrocannabivarin (THCV): Unlike its non-varin counterpart, THCV is non-psychotropic, and research on animal models indicates THCV can decrease signs of inflammation and inflammatory pain, a combination that could be useful in topical analgesics. THCV also has been found to suppress basal sebaceous lipid synthesis, which could help acne sufferers whose condition is triggered by excessive oil production. Experimental Dermatology noted that of all of the phytocannabinoids examined, THCV showed the most promise of becoming a “highly efficient, novel anti-acne agent.”

RELATED: ‘The Bachelor’s Tayshia Adams Explains How CBD Has Helped Her Deal With The Anxiety Of Fame

When it comes to emerging cannabinoids, we have barely scratched the surface of their potential. Minor cannabinoids have been historically difficult to source at scale, but science and innovation are making them increasingly available for commercial uses. Plant geneticists are developing cultivars rich in these cannabinoids. Some companies are isolating and purifying these cannabinoid molecules, while others are working to produce them via biosynthetic methods.

Development of functional formulations could translate to many products across the skincare spectrum: daily-use cleansers, exfoliators, masks and moisturizers; and acne-calming lotions, peels and solutions, to name just a few. Innovative topical delivery systems such as sprays, lotions, balms and transdermal patches are also being utilized for advanced analgesic formulations, enabling precise dosing for localized and systemic pain relief.