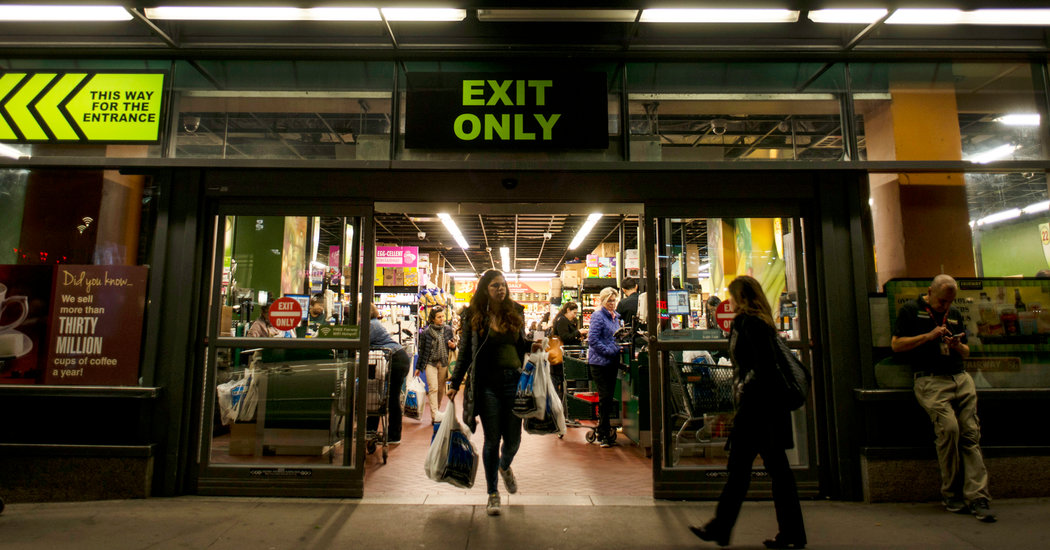 It has also been dogged with speculation of its financial health. It declared bankruptcy in 2016 and was acquired by Blackstone, the giant private equity firm. By 2018, a top company executive declared: “Fairway has bounced back.”

But on Tuesday night, a new report said the company’s demise was imminent, stunning many New Yorkers who considered the store a battle-tested survivor of the unforgiving retail landscape.

The company denied the details of that report Wednesday morning.

“Despite reports, Fairway Market has no intention to file for chapter 7 or liquidate all of its stores,” Rica Hermosura, a spokeswoman representing the company, said in a statement. “Such statements are categorically untrue and disappointing.”

Fairway, she added, would soon announce a transaction “that will provide for the ongoing operation of its stores.” In the meantime, all 14 locations remained open.

Two people with knowledge of the company’s deliberations said the company was contemplating bankruptcy plans. The details of the plans, including whether some stores will stay open with a new owner, have not yet been worked out, according to the two people.

Opening as a fruit and vegetable stand in 1933, Fairway became a destination on the Upper West Side of Manhattan, where fiercely loyal shoppers endured cramped aisles and occasional pushing for its selection of artisanal breads, French cheeses and fresh seafood.

But the company’s decision to expand beyond Manhattan and open stores in the suburbs hobbled it financially and it has struggled to find its financial footing. Fairway has also been hurt by the arrival of Whole Foods and Trader Joe’s in New York City and the growth of online competition from Amazon and Fresh Direct, among others.

Still, news of Fairway’s potential demise set off lamentations on social media and on the streets of New York, though some people said they believed that the chain had lost its luster.

“I dislike Fairway because ever since they sold it to a corporation, the quality of the fruits and vegetables is terrible,” said Eleanor Mason, who lives on the Upper West Side and described herself as a former Fairway regular. “I buy very little and I use it immediately. The prices have gone up considerably and the quality has gone down considerably.”