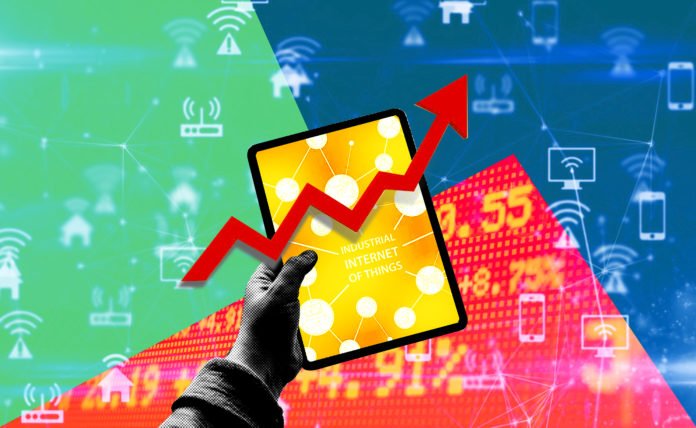 IIoT deployments are moving fast up the maturity chain, from pilot projects to large scale implementations that are delivering real value. Below, we take a look at some examples and figures to map out where the IIoT market is currently, and what will shape the future of the industry.

‘Think big, start small, scale fast’ has been a tagline for digital startups for many years, but the story of the maturing Industrial Internet of Things (IIoT) market brings new meaning and perspective to the phrase. Initially tipped to be a runaway success, with a market worth $933.62 billion by 2025, the IIoT market has been off to a slower start than initially forecast.

The journey from concept to full maturity has been plotted in many different ways over the years, including Gartner’s much-quoted ‘hype cycle’. Gartner’s Hype Cycle for Emerging Technologies in 2018 placed the IoT industry at the “peak of inflated expectations”, ready to crash down into the “trough of disillusionment” before beginning the plateau into maturity. The big question unanswered by Gartner was when the plateau would be reached.

The Beginning of Proof Of Value

Deloitte recently went on record to state that they believe IIoT is finally reaching maturity, and that their clients are now looking beyond proof-of-concept towards proof of value. Robert Schmid, chief IoT technologist at Deloitte provided an example of a plastic manufacturer client that planned to build a new production line to satisfy the demand for a specific product. By connecting a variety of processes with IIoT devices and overlaying analytics, Deloitte was able to help increase the manufacturer’s throughput by almost 10% and saved £20 million by not building a new manufacturing line.

Manufacturing turns out to be the tip of the iceberg in terms of active IIoT applications. Several other industries are gaining significant traction including oil and gas, mining, utilities and agriculture.

McKinsey reported that an anonymous top ten global energy company used IoT applications and devices as part of a broader program of process and technology upgrades. The program resulted in a 33% reduction in unit production costs over five years. According to the analyst firm, the enterprise saved more than $9 billion in capital costs. In addition, they deployed IoT analytic tools to assess drilling data, which resulted in increased yields from existing mature oil wells.

Another early adopter, GE, has been developing renewable energy generation IIoT solutions. GE attaches sensors to wind turbine blades to finesse blade angles in order to maximize efficiency in changing winds. These sensors collect and feed the overall wind farm data into efficiency analysis tools. These tools help us to understand the economic loss from downtime for each turbine and how it could be used to drive maintenance schedules, enabling engineer time to be used more effectively.

An IIoT pilot to track water leaks launched recently in Kent, UK. South East Water partnered with Vodafone’s low power NB-IoT network to deploy digital water meters, sensors and acoustic loggers on underground mains water pipes in Kent. This will enable the system to ‘listen’ for escaping water within the network, determine when leaks have occurred and pinpoint a precise location. It’s worth noting that this pilot may not be entirely unprompted, as the UK utility watchdog Ofwat has demanded all water companies reduce water leakage by 15% by 2025.

Philips has also been actively piloting IoT in its healthcare devices for many years. The company has migrated from proof-of-concept towards proof of value as a result of analyzing IIoT data garnered from the firm’s ultrasound and CT scan machines. The data harvested by Philips showed that healthcare providers waste significant amounts of time recalibrating CT machines between the head and abdominal scans. This information was used to create scheduling software that ensures the number of recalibrations is minimized.

In short, IIoT is maturing quickly, and while enterprise scale is clearly a factor in forging successful applications and value chains, these early successes should serve to anchor standards and blaze a trail for smaller enterprises and second-generation adopters alike. Another key factor will prove to be the network operators themselves, as they move from beta testing next-generation networks and into the active promotion of commercial packages based on them. 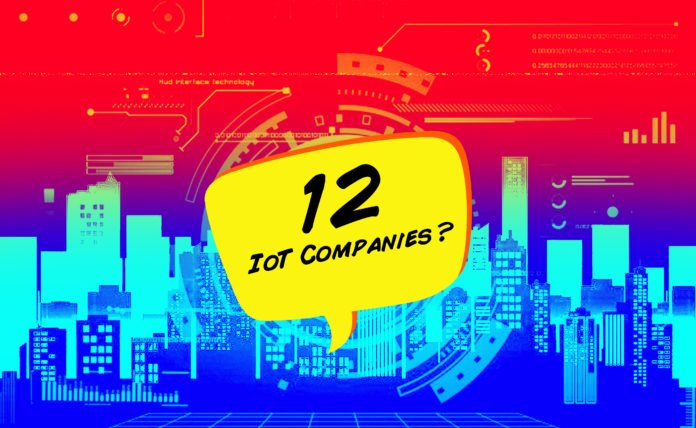 As the industrial IoT market continues to expand at rapid rates, companies across the world are reaping the benefits. Utilizing this growing network of tools and systems, businesses have been able to prevent costly downtime, decrease product development costs, enhance customer engagement and satisfaction and acquire and implement intelligent data for strategic planning purposes.

The potential benefits are seemingly endless, and the list of organizations that are embracing this industrial revolution is continuing to grow, so let’s highlight some of the main IIoT companies you need to know for a number of the most common IIoT use cases.

One of the leading use cases for IIoT is predictive maintenance. Imagine being able to predict and prevent machine failures before they occur. Think of all of the costs and downtime that could be avoided with strategic maintenance that’s implemented at key intervals to maintain uninterrupted production. Relying on advanced analytics to identify and eliminate potential issues, IIoT has been a game-changer in the equipment monitoring sector.

Another area where IIoT is making waves revolves around asset tracking and monitoring. In today’s modern age, information is key and there’s an increasing demand for digital data that allow companies to track and monitor assets in real-time. Here are some of the industry leaders who are leveraging IIoT to provide powerful information to businesses of all sizes.

Relying on a network of smart meters, substations, transmission lines and more, the Smart Grid is essentially the modern evolution of a standard electric grid. It can be used to remotely track and monitor everything from energy usage and traffic congestion to power surges and extreme weather events. It’s being utilized to restore electricity during outages, optimize energy usage, eliminate waste and better implement power generation systems for businesses and homeowners. Many companies have developed innovative tools to leverage the powerful offerings of the Smart Grid. Below are some key players in this space.

Fleet management in the age of IoT revolves around automated systems and processes to streamline trip planning, minimize downed vehicles, plan and execute maintenance operations and much more. As the integration of smart devices in vehicles become more of an industry standard, and as automated driving becomes more prevalent in cars and trucks, it’s no wonder that we’ve seen a rapid expansion of the IoT fleet management market. Below, we’ve highlighted a few of the big names who’ve played a part in shaping the modern fleet management landscape.

Written by Bryan Rosenberger, Director of Operations, R and R manufacturing
Source: IoT For All