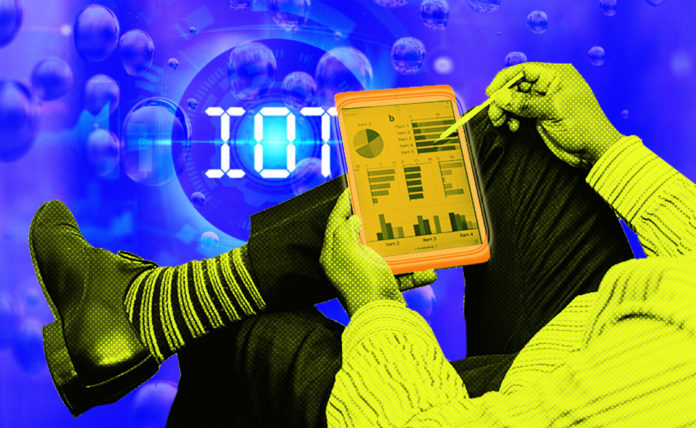 Although the global number of Internet of Things, or IoT, implementations is soaring, there’s more to a flourishing network than merely hooking things up. Your choice of IoT technology is just as important as what you do with it, but selecting the right components and software may be tricky. For your framework to do its job and thrive under pressure, you need to consider how its aspects interact with each other and impact your mission.

This concept is similar to building a strong business team — when hiring new employees, you probably take pains to find individuals who aren’t only talented but also suitable matches for your corporate culture. While you might not expect an IoT sensor or gateway to base its actions on the moral ethos that drives your enterprise, the principle still stands. Healthy IoT ecosystems revolve around frameworks that maintain sufficient self-awareness to serve your organizational needs even as the parameters change.

Setting performance criteria is integral to monitoring and maintaining the health of any IoT system. Leaders who want to generate meaningful data that reflects the realities of running an enterprise must be willing to overcome a few hurdles that stand between them and rigorous oversight.

Internet of Things implementations are anything but static, and this can result in imprecision. Here are three examples of how IoT applications might get confusing:

• A city creates a litter-monitoring system to track how well its garbage services clean the streets. Upon realizing that this approach exposes it to enormous blind spots, it decides to expand its IoT by transitioning from closed-circuit cameras to onboard rubbish truck sensors.

• A manufacturing firm employs an automated fabrication process to build its turbine engines. It monitors plant performance by connecting the programmable logic controllers, or PLCs, that run its machinery to a bespoke IoT setup. As safety regulations change, however, it’s forced to add new data points to its monitoring practices, increasing the amount of information that flows through its networks and into its data silos.

• A university seeks to control its on-campus utility costs by monitoring occupancy and automating building lighting. From there, it might eventually hit upon the ingenious idea to start tracking in-room temperatures and heating system power consumption. Or it might gradually migrate from monitoring large common spaces all at once to placing sensors near entryways, windows, vents and other notorious HVAC troublespots.

The AEP-powered approach makes IoT technology oversight a bit more robust. AEPs that include supervisory tools are conveniently able to monitor their own performance, so you don’t have to worry about who’s watching the watchers.

That being said, you should hone in on trend-monitoring practices that apply to your business. Here are a few universally relevant examples:

• Security oversight involves not only monitoring who has access to the system but also tracking where the information it produces ends up. Risk analysis and privacy governance practices come with unique health indicators, such as incident response histories and breach event scopes, that you’ll want to include in your routine IoT checkups.

• Network performance monitoring should be familiar to anyone who’s ever dealt with IT administration. When data starts flowing at full bore, it’s good to be able to adjust loads, examine transmission losses and keep tabs on resource parameters such as power consumption. Industry-standard network performance factors must figure into your health assessments if you want your framework to achieve its inner potential.

• Data value tracking practices help you determine how beneficial specific aspects of your IoT truly are. Organically evolving IoT implementations make it crystal clear how information that powers valuable business insights one day might prove far less useful the next. On top of monitoring data streams from your operational activities, it’s wise to conduct regular meta-analyses of the end results. For instance, you might trace the decision-making processes informed by the raw evidence as well as the real-world effects of acting on it. Maintaining an awareness of the ROI associated with your data methodologies also makes it far simpler to steer clear of devastatingly poor KPIs.

• Operational cost supervision should be a given for any budget-concerned enterprise. Your IoT framework not only needs money to run but also demands an investment of time and effort to launch and master. While choosing a superior AEP takes a lot of the sting out of the overhead, wise users still institute their own cost monitoring practices.

Each implementation deserves its own approach to health upkeep. Your framework might also benefit from closer attention in some areas than others or completely forego specific rubrics. Unlike many generic business tools, everything revolves around the implementation and your goals.

You’ve chosen the specific well-being trends you wish to track. Now, you’ll need a system that exposes their nuances. This generally means looking beyond the fresh-out-of-the-box solutions that many IoT providers offer in favor of custom implementations and communication tools.

An IoT technology stack could include sensors from a variety of manufacturers. The business processes or machinery you’re monitoring might all be uniform, such as in a factory that was outfitted in one fell swoop. Alternatively, it might be wildly disparate, such as in plants that underwent partial renovations or ownership changes. Your health monitoring practices must unify such sources if you ever hope to reveal unbiased insights.

Going back to the employee hiring analogy, most companies onboard their new workers with uniform training programs and continuing professional education. When dealing with IoT technology, similar homogenization can be achieved through practices such as data sanitization and validating, filtering and organizing inputs for further consumption.

Sanitizing your IoT health data makes your life easier when it comes time to feed the info into dashboards and analysis tools. It also shields you from drawing incorrect conclusions based on outliers and process-induced irregularities.

You don’t have to naively await disasters to learn how healthy your framework is. Creating a digital twin can reveal problems before they cause real-world havoc by showing you how your IoT technology stack might perform under ideal — and undesirable — conditions.

Simulation is also an illuminating practice for understanding prior incidents. By running mock-ups, you can analyze critical events that preceded known problems and identify alternative avoidance strategies.

The Internet of Things makes it extremely easy to generate operational baselines that place later analyses in a more useful context. On the other hand, it’d be nice not to have to repeat mistakes that others have already suffered through.

This is where choosing a well-supported, exhaustive AEP saves the day. An IoT technology stack that’s demonstrated its ability to adapt to a variety of business models and data-gathering strategies grants you the benefit of prior experience even if you’re a complete novice. Since IoT health monitoring is indispensable to the well-being of your enterprise, it pays to pick total ecosystem solutions that give you a head start.

Written by Brian McGlynn, President and Co-Founder at Davra.