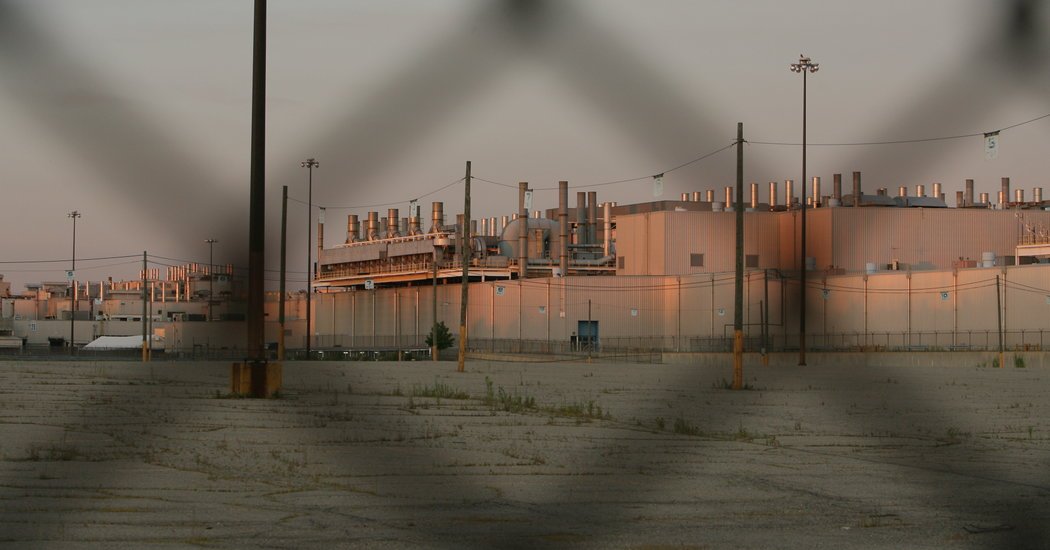 The last two decades have brought both a sharp decline in automaking jobs in the United States and the rise of a deadly epidemic of opioid abuse. According to a new study, the two trends may well be related.

The study, published Monday in JAMA Internal Medicine, found that opioid deaths were about 85 percent higher among people of prime working age in counties where automotive assembly plants had closed five years earlier, compared with counties where such factories remained open.

That finding underscores the role that economic despair may play in eroding public health.

“For a long time, we’ve been interested in the link between the American dream and America’s health, namely that the fading American dream actually has population health consequences,” said Dr. Atheendar Venkataramani, the lead author of the paper and a professor of medicine at the University of Pennsylvania. “It’s an unfortunate natural experiment when you have a disintegration of an industry like this through plant closures in that it allows us to understand what the consequences of those negative events are.”

While the findings are in line with previous research that has linked job displacement to higher death rates, attempts to tie economic conditions specifically to opioid overdoses and deaths have yielded mixed results.

That previous research, which sometimes focused on broad economic indicators like unemployment or income, may have failed to measure the lingering social and cultural effects of economic decline, the authors of the JAMA Internal Medicine study argued.

That’s why they chose to focus on the closing of car plants, which are often the economic mainstay of a community. The struggles of the auto industry have long been viewed as symbolic of a broader manufacturing decline, which has been felt keenly in parts of the country hit hardest by the opioid crisis.

To better isolate the effects of car plant closings, the researchers limited their analysis to the one-fifth of American counties where manufacturing accounted for the largest share of local employment. Using federal death data, they then measured the effects of the plant closings along so-called “commuting zones” — counties that make up local labor markets. In all, the researchers studied 112 counties near car plants from 1999 to 2016. Of those, about one-fourth were near a plant that had closed.

The counties studied were predominantly in the industrial Midwest — particularly Michigan and Ohio — and the South. In the first decade of the period examined, nationwide employment in the auto and auto-parts industry was slashed by roughly half, to 650,000 from 1.3 million, according to the Bureau of Labor Statistics, though it has climbed back to about one million.

Some of the auto-plant closings in those years came in places closely associated with the industry, like Pontiac, Mich.; Janesville, Wis.; and Lorain, Ohio.

While the study did not provide the specific opioid death rates in the counties studied, the findings reinforce the need for a coordinated response to diagnosing and treating substance abuse in areas of economic distress, Dr. Venkataramani said.

That confirms what public health officials have seen, said Andrea Taverna, senior adviser for opioids strategy at the Michigan Department of Health and Human Services. Understanding and addressing the social and economic determinants of health is a crucial part of the department’s response to the opioid epidemic and other public health crises, she said.

Still, there were limitations to the research. The counties studied were home to less than 3 percent of the adult population of the United States, and other variables may have contributed to opioid use in those areas. The researchers could not isolate what might have caused the increase in overdose deaths, be it job losses, diminished financial expectations, or the social and cultural effects of the loss of a big local employer.

And while economic conditions may have played a role, past research suggests that the wide-scale prescription of opioids is the biggest factor in the epidemic, said Janet Currie, a professor of economics and public affairs at Princeton University, where she is also the co-director of the Center for Health and Wellbeing.

“The reason this matters is because there are many measures that are NOT being taken because people’s attention is distracted by all the discussion about how opioids addiction is caused by economic dislocation,” she said in an email. “We need tighter limits on prescribing, and more follow up of doctors who are prescribing a lot.”

The authors of the study acknowledged as much, writing that their findings should in no way “diminish” research that has attributed the epidemic to physician prescriptions or illicit substances. Instead, they said, the findings suggest that a broader-based approach to prevention and treatment may be in order.

“Social policy and economic policy are probably going to be health policy in the coming decade,” Dr. Venkataramani said. “They’re critically important to population health, and the more policymakers recognize that, I think it might change the way we’re having these conversations.”