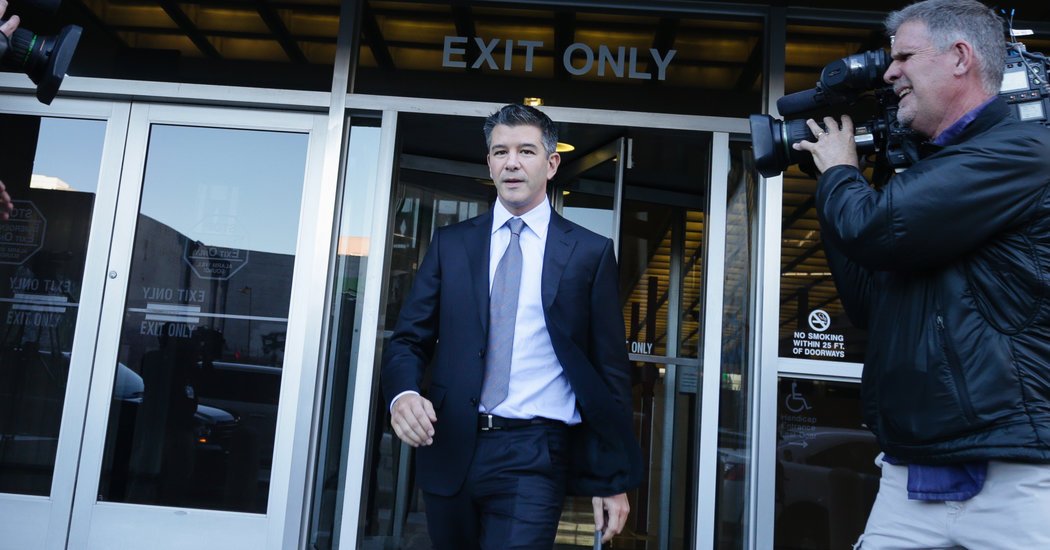 SAN FRANCISCO — Travis Kalanick, the founder and former chief executive of Uber, has stepped down from the company’s board of directors, severing his last tie with the company.

Mr. Kalanick, 43, started Uber in 2009 with a co-founder, Garrett Camp, and grew it from a small start-up to a behemoth that defined the ride-hailing industry. The company went public in May and has since struggled. Investors forced Mr. Kalanick to resign as chief executive in 2017, after a series of privacy scandals and complaints of discrimination and sexual harassment at the company.

“Uber has been a part of my life for the past 10 years. At the close of the decade, and with the company now public, it seems like the right moment for me to focus on my current business and philanthropic pursuits,” Mr. Kalanick said in a statement Tuesday. “I’m proud of all that Uber has achieved, and I will continue to cheer for its future from the sidelines.”

Mr. Kalanick has steadily sold more than $2 billion of his shares in the company and on Thursday will finalize the sale of his remaining stake, a spokeswoman said. He initiated the sale of his last remaining shares on Friday and announced his resignation in a letter to the board on Monday.

In 2009, Mr. Kalanick and Mr. Camp launched Uber as a black car service that riders could hail from their phone. Mr. Kalanick stepped into the role of chief executive in 2010 and oversaw a period of rapid growth at the company. He often flouted local regulations, launching Uber in new cities and pushing the company to expand as rapidly as possible.

Mr. Kalanick’s toe-stepping behavior became the cultural norm at Uber, which came to be known for its willingness to value growth at all costs. Uber quickly expanded into more than 70 countries and became the dominant ride-hailing service in most of them. It also started food delivery and began developing autonomous vehicles.

But 2017 was a year of reckoning for Mr. Kalanick and the company: a former engineer at the company spoke publicly about her experiences of sexual harassment at Uber and said that her managers did nothing to curb the behavior; a video emerged of Mr. Kalanick berating an Uber driver who questioned him over falling wages; and revelations surfaced about Uber’s efforts to spy on competitors and thwart regulators.

Other scandals also came to light that year. A woman who was raped during a 2014 Uber ride in India sued Mr. Kalanick and the company after it emerged that executives at the company had obtained her medical records in an effort to discredit her. Waymo, a Google-owned competitor in the race to develop self-driving cars, sued Uber for theft of trade secrets. Uber settled both lawsuits.

The onslaught proved too much for Uber’s major investors, and Mr. Kalanick resigned in June 2017. Mr. Camp, his co-founder, remains on Uber’s board.

Dara Khosrowshahi, a former executive at the travel company Expedia, was appointed as Mr. Kalanick’s replacement and tasked with cleaning up Uber’s culture.

“Very few entrepreneurs have built something as profound as Travis Kalanick did with Uber,” Mr. Khosrowshahi said in a statement Tuesday. “I’m enormously grateful for Travis’ vision and tenacity while building Uber, and for his expertise as a board member. Everyone at Uber wishes him all the best.”

Mr. Khosrowshahi led Uber to its initial public offering in May. Uber’s shares immediately fell below the offering price and have yet to recover. Investors have chafed at the losses and pressured Mr. Khosrowshahi to cut back on the company’s expensive autonomous vehicle unit and its food delivery service, which is struggling in India and elsewhere.

While Uber has had financial troubles, Mr. Khosrowshahi has made progress addressing sexual harassment at the company. He released harassment and assault victims from mandatory arbitration agreements, allowing them to bring their cases against Uber publicly if they chose to do so. He published a report this month that detailed the number of sexual assaults that occurred during Uber rides in 2017 and 2018, and settled a federal investigation into Uber’s workplace culture for $4.4 million.

But Uber continues to face regulatory woes. In November, the company lost its license to operate in London, one of its largest markets, because of persistent safety issues. Uber has appealed the decision, a move that will allow it to continue to operate there for the time being.